The book which will blow your mind

The book which will blow your mind

Lets Know More About This Book!

Well this book is a amazing trilogy to read, it has all the type of characters that you want. There is Gaia, who is the main character of this story and once you start to know her you really just understand that she is a huge risk taker. Then there is Captain Grey who is a very curious but is a very helpful person towards Gaia. Then last but not least there is Pearl who is one of Gaia’s friends that was also a really curious person. The setting of this book took place in a dried up place but the main setting was took place in the ENCLAVE. The conflict of this book was that Gaia’s mom and dad were taken to the Enclave for some really big conflict that they did against the Enclave and so when Gaia had a risky choice to make, so she went along to take the risky choice to try and save her parents from the Enclave, and as of her dad tried to run away and got shot because of the MILLIONS of cameras around. The resolution to this problem was that Gaia had gotten caught at the Enclave whilst she was trying to save her parents and she got put into the Enclave bars and had met Captain Grey. Captain Grey had told Gaia about her dad being shot, and so then Gaia had met her mom finally and she was really happy. But the secret that Gaia did not know was that her mom was pregnant and so when it was time to give birth Gaia had delivered her younger sister as she saw her mom bleed to death. 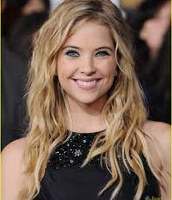 The celebrity that I chose for the main character who is Gaia is Ashley Benson or aka Hanna Marin and I am not choosing the real life character, “Ashley Benson” I am choosing the character that she played in, “Pretty Little Liars” who was Hanna Marin. The reason why I chose this character to be like this celebrity was because they both have a good common character trait and that is taking the risk/initiative. The way that Gaia had showed this characteristic was that she had token the risk of delivering her first baby with out any training and she had done it because she was trying to help with her moms job. Another way that Gaia showed that characteristic was that she had risked trying to save her mom and thinking of how many security cameras the Enclave has, she has a very slim chance of getting there safely so those are the ways that Gaia takes risks. Hanna is a good choice to pick to play Gaia because she has the same kind of characteristic of being the risk taker and she also has a kind of similar story with her own mom in, “Pretty little liars” where she has to help her own mom out when she is not there. So I feel like that Hanna has been experienced enough to play a role as Gaia and that she has a really close connection with what is happening in the book. So that’s why this is a good celebrity to play Gaia. 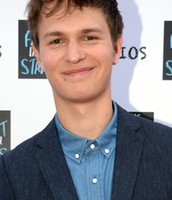 The celebrity that I chose for the other important main character who is Leon is Ansel Elgor from, “The fault In Our Stars” but I am using his character in the book and not in real life. The character trait that these 2 have in common that I think will make him a good character to play is they both being, “Caring” and “Helpful.” Leon in the book shows this character by helping Gaia find her mother and telling her in the nicest way possible that the Enclave security guards killed her dad. Another way that Leon was being helpful and caring was that at the end he got Gaia out of the Enclave and he had left himself there to get caught which was a nice thing. I think that Augustus is a good choice to play this character because he is also a very helpful person because in, “The Fault In Our Stars” not only did he fall in love with Hazel but he had helped her in any way she needed it and so that he has done that with Hazel I think that he would do just as great as Leon. So that why I think that Augustus should play the role of Leon. 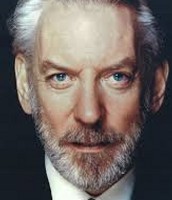 Knowing a books message in a creative, musical way!

The song that I have chosen is called, “Dead Hearts” by Stars. The reason why I chose this song is because the book and the song have a fairly similar story line and mainly a really close message. The way that my song connects to the book, “Birthmarked” is that they have a close message which is, “When someone has taken your close one, never let them go.” Which is similar to what the song is trying to say. My complex connection to this is that, how the mom and dad were taken away from Gaia and were put into the Enclave and so there were guards everywhere that guard the Enclave. So when Gaia was put there she was told by her mom everything about the Enclave. So the song had something similar by the girl going somewhere that seems really dark and the boy was asking her questions about what was happening there. So that’s why this song has a similar connection towards, the book.