Janvi is using Smore newsletters to spread the word online.

Get email updates from Janvi:

Opium Wars were two armed conflicts in China in the mid-19th century between the forces of Western countries and of the Qing Dynasty, which ruled China.

The Opium Wars arose from China’s attempts to suppress the trade. Foreign traders (primarily British) had been illegally exporting opium mainly from India to China since the 18th century, but that trade grew dramatically from about 1820. The resulting widespread addiction in China was causing serious social and economic disruption there.

Signed on August 29, by the treaty's provisions, China was required to pay Britain a large indemnity, cede Hong Kong Island to the British, and increase the number of trading posts where the British could trade and reside from one (Canton) to five. Among the four additional designated ports was Shanghai, and the new access to foreigners there marked the beginning of the city’s transformation into one of China’s major commercial entrepôts.

The widespread discontent of peasants, as a result of an imbalance in land distribution, drug addiction, and the corruption of government officials, led to the retaliation of the impoverished Chinese citizens against their government. Among these rebellions, the Taiping rebellion raged through most parts of China and almost brought the Qing dynasty to its end.

After the Taiping rebellion, as well as many other minor revolts, Qing rulers came to the realization that change was required for the survival of the Empire. In the period that followed, Chinese authorities tried to create a mostly efficient government based on Confucianism to solve internal problems through social reforms.


The Self Strengthening Movement was also faced with many obstacles with the biggest one being Cixi, the empress dowager. She diverted funds meant for industrial projects to her own garden. Also, the movement's core ideals went against those of China. To bring industrialization to China would undermine the agrarian society already in place and the indoctrination of European thought would disassemble the carefully built Confucian society.

The Boxer rebellion was a violent movement of reform that strived to exterminate all foreign influence in China. Empress Dowager Cixi backed this movement however and encouraged the violent group of militia units to rage through parts of northern China.

The Society of Righteous and Harmonious Fists


As a result of the brutal attacks on foreign influence in northern China, a heavy force of foreign units consisting of the British, French, Russian, U.S., German, and Japanese destroyed the Boxer movement in retaliation. In payment, the Chinese government had to provide punitive indemnity to foreigners and allow the stationing of troops in Beijing and along routes that led to the sea.
The death of the previous emperor, the death of Cixi, and the abdication of the throne as performed by the last emperor marked the end of the Qing Dynasty. 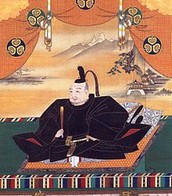 Tokugawa period, also called Edo period, (1603–1867), the final period of traditional Japan, a time of internal peace, political stability, and economic growth under the shogunate (military dictatorship) founded by Tokugawa . As shogun, Ieyasu achieved hegemony over the entire country by balancing the power of potentially hostile domains (tozama) with strategically placed allies (fudai) and collateral houses (shimpan). As a further strategy of control, beginning in 1635, Ieyasu’s successor required the domainal lords, or daimyo, to maintain households in the Tokugawa administrative capital of Edo (modern Tokyo) and reside there for several months every other year. The resulting system of semi-autonomous domains directed by the central authority of the shogunate lasted for more than 250 years.

This political revolution "restored" the emperor to power, but he did not rule directly. He was expected to accept the advice of the group that had overthrown the shôgun, and it was from this group that a small number of ambitious, able, and patriotic young men from the lower ranks of the samurai emerged to take control and establish the new political system. At first, their only strength was that the emperor accepted their advice and several powerful feudal domains provided military support. They moved quickly, however, to build their own military and economic control. By July 1869 the feudal lords had been requested to give up their domains, and in 1871 these domains were abolished and transformed into prefectures of a unified central state.

Janvi is using Smore newsletters to spread the word online.