Islam was founded by Muhammad in the 7th century. Muhammad was born in Makkah , an ancient place of worship on the Arabian Peninsula. Muhammad was called by the angel Gabriel to be a prophet, or messenger of Allah. Islam, Judaism, and Christanity have alot in common. Members of all three faiths are monotheists, which means that they believe in one god. All three religions face their origins to Abraham. Muslims believe that all religions worship the same God. Two prepared structures of Islam are the Qur'an and the Sunnah. The Qur'an is the holy book of Islam. The Sunnah is the definition for the example that Muhammad set for Muslims about how to live life. The most basic acts of worship for Muslims are called the Five Pillars of Islam. The Qur'an has normal commands to perform these five things to do.The Five Pillars of Islam are: declaration of faith, prayer, charity, fasting, and making a pilgrimage to Mecca. The first Pillar of Islam is called the declaration of faith.The declaration of faith shows the belief in one God and in Muhammad's prophethood, a Muslim testifies.The second Pillar of Islam is daily ritual prayer. People are to prayer five times a day. The third Pillar of Islam is charity. Muhammad told wealthy people tp share their wealth with the poor. The fourth Pillar is fasting. The Qur'an has directions for Muslims to eat no food for an entire month during Ramadan. The fifth Pillar is the pilgrimage to the holy city of Mecca. The Five Pillars is to help Muslims and Islamic societies to set better lives. Muslims place of worship is mosques. Praying at a mosque is suggested, although Muslims may worship anywhere. A common holy site for Muslims is the Dome of the Rock is in Jerusalem. Anothor holy site is Mecca in Saudi Arabia.The two major Muslim holiday are Eid al-Fitr and Eid al-Adha. Eid al- Fitr takes place when Ramadan ends. People attend prayers at mosque. They wear new clothes, decorate their home, and prepare new foods. Eid al-Adha is a festival at the end of the hajj in Mecca that also is celebrated by Muslims all over Southeast Asia and the world.The festival lasts for four days. A worship leader is a imam and a mullah. A imam is a prayer leader and a mullah is a teacher. Muezzin leads call to prayer, traditionally from high atop minaret. Loudspeakers are often used today.

A Common Figure to All Three Religions

Praying at a mosque is suggested, although Muslims may worship anywhere. 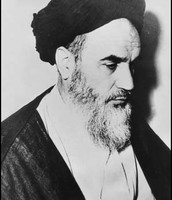 A imam is a prayer leader and a mullah is a teacher.

The FIve Pillars of Islam are: declaration of faith, prayer, charity, fasting, and making a pilgrimage to Mecca.

The Qur'an has normal commands to perform these five things to do.

A common holy site for Muslims is the Dome of the Rock is in Jerusalem and Mecca in Saudi Arabia. 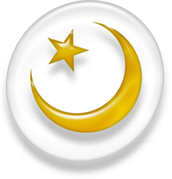 The cresent and star have long been used in South Arabia as a symbol.

Which view about God is common to all three religions?

All three religions believe in one God.