A part of the Summer Olympics Track group, the 1500 meter run is an event which requires tons of endurance, the element of speed, and a whole lot of math. The 1500 meter run has been a part of the Olympics for over 100 years. Math plays a large role in aerodynamics and speed of the runners. These people train for glory and fame in one of the hardest Olympic events.

Why does it matter...

The reason for my own investigation into the Olympic event, the 1500 meter run, is to help determine the direct correlation between the times, and then compare and see the similarities and differences between them. I hypothesize that the men were slower than the woman, but then passed them sometime in the 1900's.

Goal of the Study

The goal of this project is to find out the differences between the women's and the men's 1500 meter run times. When taking data from the past 40 years from both the men and the women, it can help predict when they will cross, or how long ago they crossed. This graph will also show us the correlation between the men and women, and whether their times are increasing or decreasing.

Data Table with Year and the times of both the Men and Women. 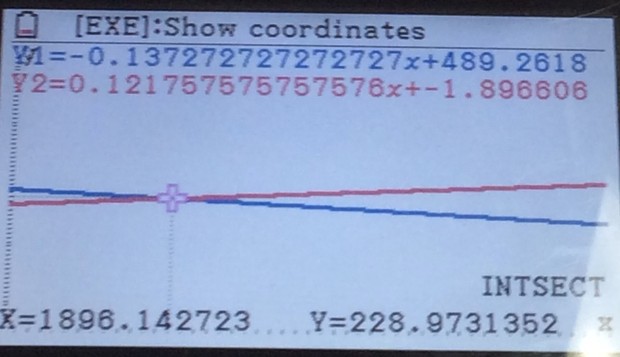 The graph above shows the intersection point of the Men and Women lines. The x coordinate is approximately 1896, which means they crossed in 1896, which is actually the very first Olympics. The Men's line is obviously decreasing, which means they are actually speeding up and getting faster. As for the women, their line is increasing, which means their time is longer and they are slowing down. The women were faster than the men before 1896. But when the lines crossed, it means the men finally surpassed the woman and became faster. This intersection point shows when the men became faster than the woman in the 1500 meter run. 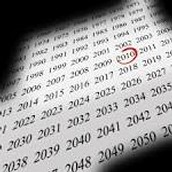 The X Coordinate is the years of the Olympics. The Olympics happen every four years for the Summer, so the graph goes on the X axis by 4 years. This means that every 4 years for the past 40, there is a point on my graph.

The Y Coordinate is the time, in seconds, that both the men and women ran their 1500 times in. All of the runners were the gold medalists times from the past 10 Olympics.

The Olympic 1500 meter run continues to this day of being one of the hardest events. It requires speed, endurance, and also a bit of math. Before the first Olympics in 1896, the women were faster than the men, but at approximately 1896, the men surpassed the women and will continue to get faster times. The women are slowing down and they will never cross again.