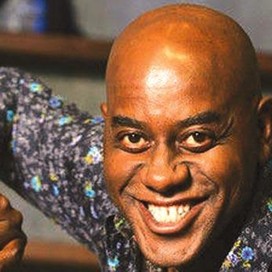 Drought Ends With Yet Another Callous Confrontation

Drought Ends With Yet Another Callous Confrontation

Another dispute yesterday between the Capulet Tybalt and the Montagues Mercutio and Romeo led to a fatal consequence.

After generations of grudges between the Montague's and Capulet's the tension snapped in a vicious brawl between each other yesterday. Witnesses were pessimistic from the start as the first saw Tybalt admonishing Romeo, who was trying to break up a fight. By then many of the witnesses fled the scene but Vespillo Agrippa, 27,"Mercutio and Benvolio were in the street first but Tybalt and Petruccio came looking for Romeo, I'm not sure why but Tybalt wanted a fight and Mercutio unmistakably wanted to give him one."

As Tension Builds Up

After many years of grudges and fighting between the two families things seemed at breaking point as Tybalt was even more short tempered than normal as it was reported that Romeo was spotted at the Capulet's party. Which is why it was speculated that this was the reason over the confrontation.

One fight led to another witnesses described,"Once the fight broke out between Mercutio and Tybalt Romeo interfered and tried breaking it up, by standing between them but Tybalt punctured Mercutio under Romeo's arm. Tybalt later returns to the scene and vengeful Romeo strikes him down fairly." The Prince has already warned that fighting is punishable by death. Some people claimed that it was only fair what Romeo did as he was completing the king's punishment but others believe that that it wouldn't be fair to let Romeo get away with murder. 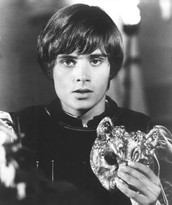 After minimal discussion with the short tempered Prince and a lot of pleading it was decided to meet in the middle and exile Romeo, Lady Capulet was left in tears, "My poor Tybalt! Slain by that repulsive Romeo! I never want to see his face again! He should be dead!" The Montagues on the other side, were distraught and unhappy with the Prince's judgement, Montague commented "My son Romeo was only delivering Tybalt his fate early because he slayed my dear kinsman Mercutio who was purely minding his own business!"

Our reporter Albin Akoni after many a try, managed to get an exclusive interview with Prince Escalus of Verona after he had time to cool down. "In my opinion this was fair judgement, I met in the middle for once because I am Sick of all this fighting between these two families and I will not be persuaded to change my mind."

Is It All Over?

Now that the main fighters from each family have been struck down maybe we will see an end to this dispute once and for all which will clear a way for safer streets and a closer community. Unless Romeo returns from exile ready to seek vengeance.