Mae is using Smore newsletters to spread the word online.

Get email updates from Mae:

The truth about anorexia.

The truth about anorexia.

Did you know that it is estimated that 4% of anorexic individuals die from complications of the disorder?

Let's take a step back and look carefully at ourselves and those we know. You or someone you know may suffer from anorexia if any of the following can apply to them: 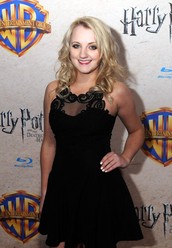 You Are Not Alone

Actress Evanna Lynch, who is known for playing Luna Lovegood in the Harry Potter films, is one celebrity who battled with anorexia. Before she reached out to J.K. Rowling for help, Evanna had previously been struggling with anorexia. The character whom she would later play, Luna Lovegood, really inspired Evanna Lynch in her battle with anorexia. She said it had "taken her over", and instead of using the energy towards self-harm, Evanna used it to help herself fight it, and eventually get well.

Don't Be Afraid to Get Help!

Mae is using Smore newsletters to spread the word online.