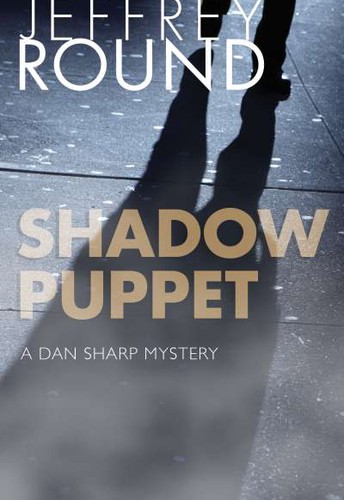 When a serial killer stalks downtown Toronto, private investigator Dan Sharp finds an unexpected link between the missing men that even the police are reluctant to investigate. A meeting with the chief of police confirms his suspicions, but does nothing to resolve the problem. Obsessed with uncovering the truth, Dan enlists a small group of friends to delve into illicit goings-on in the local sex industry. It’s only when the next man disappears, however, that Dan finds himself in a race against time to track down an elusive, manipulative killer who is a master of disguise. 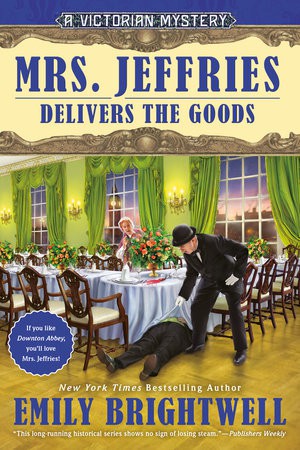 When poison fells an arrogant and rude businessman in public, Mrs. Jeffries and Inspector Witherspoon both realize they are looking for a deranged maniac in this all new installment in the beloved Victorian Mystery series.

On a cold night in February, the popular Lighterman’s ball festivities are cut short when a guest of honor, Stephen Bremmer, goes into spasms and abruptly collapses. Once again Inspector Witherspoon returns to the Wrexley Hotel to investigate a murder.

The victim was considered a boorish snob who felt entitled to anything and anyone he wanted. Yet despite his Oxford education, he was barely literate, lazy, and prone to make stupid mistakes – his last mistake turned out to be crossing a killer.

The owners and management of the Wrexley Hotel clearly don’t welcome the return of Inspector Witherspoon but he has his job to do, and Mrs. Jeffries, and the rest of the household must do their best to catch a murderer who shows no signs of slowing down… 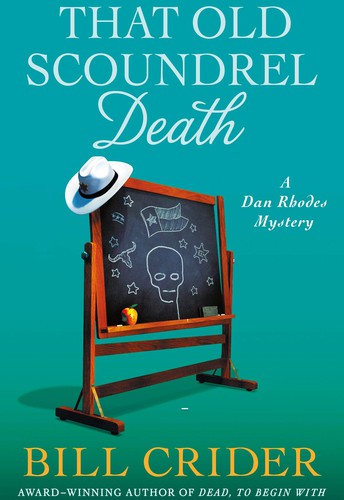 Beloved Texas Sheriff Dan Rhodes is back with his final murder case in That Old Scoundrel Death.

When a man is run off the road by a thug with a snake tattooed around his neck, Sheriff Dan Rhodes knows it's his duty to stop and help out. The grateful victim gives his name as Cal Stinson, on his way to the nearby town of Thurston to take a look at the old school building before the city tears it down.

The next day, Cal Stinson turns up again. Only this time, he's dead.

His body is found in the dilapidated school that's about to be razed, and the woman who let Cal onto the premises claims he gave his name as Bruce Wayne. Whoever he is, he was shot in the back of the head, and a piece of chalk lies inches away from his hand, under a lone line on the chalkboard, his last words unfinished.

Between not-so-bright hoodlums who can't seem to stay on the right side of the law, powerful families in town who are ready to go to battle over whether the old school should come down, and trying futilely to get private detective Seepy Benton to stop making mountains of mole hills, Sheriff Rhodes is beginning to wonder if retirement might be as good as it sounds. 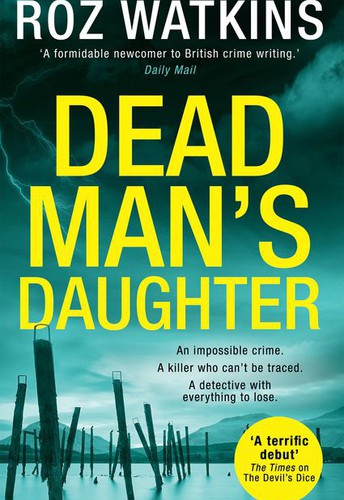 She was racing towards the gorge. The place the locals knew as 'Dead Girl's Drop'....

DI Meg Dalton is thrown headlong into her latest case when she finds a 10-year-old girl running barefoot through the woods in a blood-soaked nightdress. In the house nearby, the girl's father has been brutally stabbed to death.

At first Meg suspects a robbery gone tragically wrong, but something doesn't add up. Why does the girl have no memory of what happened to her? And why has her behaviour changed so dramatically since her recent heart transplant?

The case takes a chilling turn when evidence points to the girl's involvement in her own father's murder. As unsettling family secrets emerge, Meg is forced to question her deepest beliefs to discover the shocking truth, before the killer strikes again.... 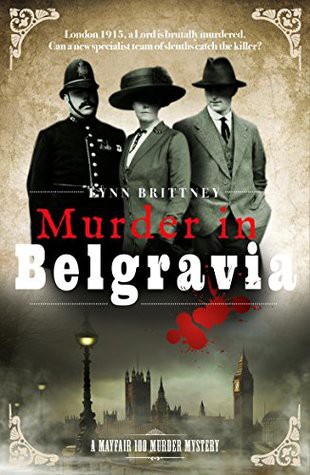 The first in an exciting new Mayfair 100 series of nostalgic crime sagas.

Set against the backdrop of WW1, Mayfair 100 is the telephone number for a small specially-formed crime-busting team based in a house in Mayfair. London, 1915. Just 10 months into the First World War, the City is flooded with women taking over the work vacated by men in the Armed Services. Chief Inspector Peter Beech, a young man invalided out of the war in one of the first battles, is faced with investigating the murder of an aristocrat and the man’s wife, a key witness and suspect, will only speak to a woman about the unpleasant details of the case. After persuading the Chief Commissioner to allow him to set up a clandestine team to deal with such situations, Beech puts together a small motley crew of well-educated women and professional policemen. As Beech, Victoria, Caroline, Rigsby and Tollman investigate the murder, they delve into the seedier parts of WWI London, taking them from criminal gangs to brothels and underground drug rings supplying heroin to the upper classes. Will the Mayfair 100 team solve the murder? And if they do, will they be allowed to continue working as a team?