Kaine is using Smore newsletters to spread the word online.

Get email updates from Kaine:

William Shakespeare's Julius Caesar attempted to show the audience the effects of propaganda through the use of rhetorical devices and also point of view. Antony made his speech using rhetorical devices to humble Caesar and himself. Antony's speech led to the crowd believing that "justice" behind the murder was not real. Soon the crowd became upset, causing Antony to reveal the traitor, and making the crowd to go to find the traitors. 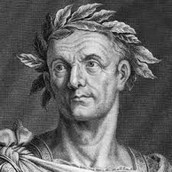 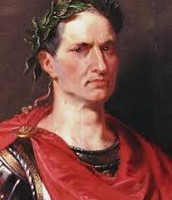 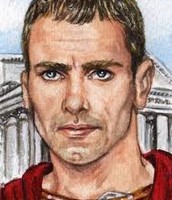 William Shakespeare’s play Julius Caesar attempts to show the audience the effects of propaganda through the use of rhetorical devices and point of view.

“Did this Caesar seem ambitious?” When that the poor have cried, Caesar hath wept.” “I thrice presented him a kingly crown, Which he did thrice refuse. Was this ambition?” (Act III sc II 89-95) Antony used propaganda to make it seem as if Julius were very important. Antony stated that Julius was not ambitious, instead he loved Rome more. He showed his point of view to the crowd.

“Have patience, gentle friends. I must not read it. It is not meet you know how Caesar loved you. You are not wood, you are not stones, but men. And, being men, bearing the will of caesar, It will inflame you, it will make you mad.”(Act III sc II 138-142) Antony rose the curiosity of the crowd. He did so by questioning the traitors of Julius. When Antony revealed that the people who had killed Caesar was dearly close to him, the crowd was enraged at this and wanted to kill the traitors.

Kaine is using Smore newsletters to spread the word online.