The Ghosts of Charlotte

The Ghosts of North Carolina

The Ghosts of Charlotte

The Ghosts of North Carolina

The city of Charlotte is located in the southwestern part of the state, not far from the state line between North and South Carolina. It is a city that is rich in history and tradition and one that has more than its share of ghosts...

The Ghost of Reed Mine

It all started in 1799 when Mr. Reed’s son struck gold in Meadow Creek on the family homestead, and Reed Gold Mine was born. It is said to be haunted by Eleanor Mills, a neighbor od the Reeds in the 1800s. Eleanor and her husband Eugene were quarreling when she tripped and fell down the stairs, which killed her instantly, unbeknownst to Eugene, who had just left the house. When Eugene came home several hours later, he found her body, and as legend has it, it was still screaming at him. Frightened, Eugene dumped her body down a mine shaft to quell the noise, and witnesses still heard the voices coming from the shaft for years after that. 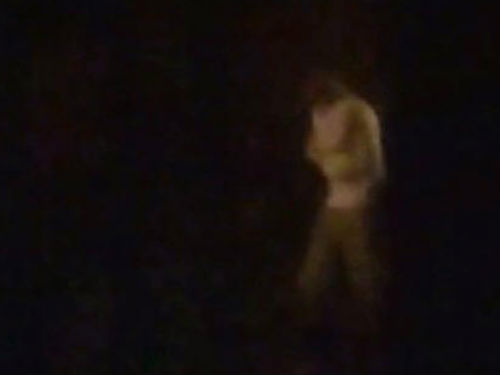 Woman videotapes apparent ghost at old gold mine in NC

The Haunting of Duke Mansion

Jon Avery's wife was confined to a mental hospital, while Jon Avery and his mother and sisters lived at White Oaks. When a young, female writer came over to do a story on the historical mansion, they were really attracted to each other, and started a friendship, that was moving into a love relationship. The young woman put the breaks on it when she realized that he would never leave his sick wife. She didn't want to become more involved any further in this doomed romance.

However, this young woman became engaged, and didn't think it proper to meet him alone, so she brought along her room mate. She arrived at 11;50 pm, but no one was there. Her room mate stood at a discreet distance as to be able to watch her in the strong moon light, but not intrude. If he didn't show up by 12:00AM, she decided to leave. At nearly 12:00 AM, She started to hear his soft, distinctive footsteps, but the customary sound of his polio -induced foot dragging was only slight, and his steps were so slow! She watched him slowly come off the terrace and come toward her. He was dressed in dark formal dress clothes. When he moved almost right past her, she reached out to stop him, but he moved right through her arm , and turned to her and mouthed the words, "Dead or alive!" She heard his voice clearly in her head, but no sound came out of his mouth.

It seems that poor Jon had died a few days before the scheduled meeting, and had told the people by his bedside, "Dead or Alive? Will I make it?" 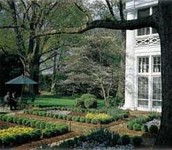 www.dukemansion.com
Find yourself in southern splendor at The Duke Mansion. Whether you desire a state-of-the-art meeting and retreat facility or a cozy bed and breakfast, whether you are traveling for business or pleasure, The Duke Mansion is a place of inspiration, delight, and personalized service.

The Ghost of Founders College

One such ghost is now a part of legend and haunted a building on the Founders College campus, which was located near the center of town. The ghost was that a young, attractive, dark-haired girl who had been dubbed "Louise." She haunted a male dormitory called Chambers Hall, but it was not because she had lived there, or had met her end there, but because it was to this building that her body had been carried by grave robbers.

She had apparently lived in the town of Salisbury, but had died young and her body had been snatched by robbers, shortly after her death. At the time, it was illegal for medical colleges to purchases bodies for anatomy classes and they had to depend on grave robbers to provide the specimens.

It seemed that Louise had been one such specimen and it was here that her corpse ended up. For many years, especially in the 1930’s, her ghost was seen haunting the building.. but no one knows what ever became of her.

Follow Sarah Dillard
Contact Sarah Dillard
Embed code is for website/blog and not email. To embed your newsletter in a Mass Notification System, click HERE to see how or reach out to support@smore.com
close