Loki the Norse god of trickery

Loki the Norse god of trickery 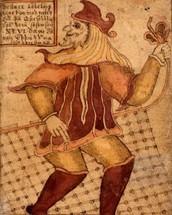 Loki is often times viewed as a god amongst others such as Thor and Odin in the Aesir(tribe of gods). Loki however is quite solitary compared to these gods, giants, and other invisible beings.(as seen by many Norse and Germanic people). Loki is often shown only caring for himself and seeking power.

Loki's father is Farbauti is a giant, while is mother Laufey is a giantess or something else entirely.

Loki is the father to the giantess Hel or the goddess of the grave.

Loki also is the father of Jormungand a great serpent who kills Thor during "Ragnarok" or the apocalypse of Asgard. In addition Loki has a third child Fenrir a great wolf who bites the hands of the god Tyr off and kills Odin during Ragnarok.

Loki also is the mother to Sleipnir, a legendary horse that Odin would ride into battle. He gave birth to the horse after transforming into a mare and seducing an all white horse.

He is best known for killing the beloved god Baldur(all the gods in Asgard love him). Baldur's mother Frigg had all living things pledge to never harm Baldur after his death was prophesized. All living things did take this pledge except for mistletoe which is considered too small to hurt him. Loki discovered this and fashioned a spear from the mistletoe, he then instructed the blind god Hod to throw the spear and impale him. This caused for the god Hermod to ride to Hel and ask that she release the god from the grave. Hel made a deal that every living thing should cry for Baldur to bring him back all living things did except for a giantess which was Loki in disguise. Baldur remained in the underworld until Ragnarok. 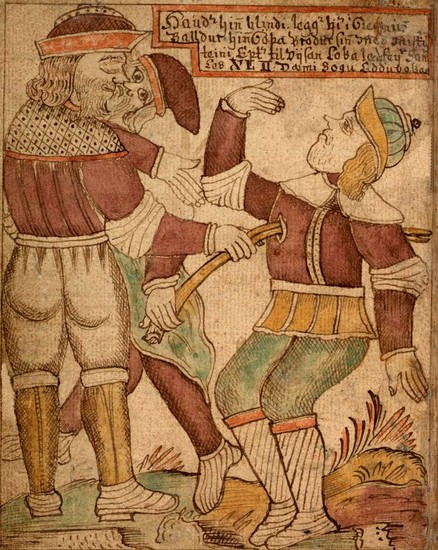