I hope you all enjoy time with your little ones today, and that they make you feel extra loved! Hopefully, they have already given you their gift, but if not, it should be in their backpack :) We had a great time making them, and hope they brighten your day!

We are still in need of a few things for our end of the year celebrations. Thank you to everyone who has already donated! End of the Year Countdown!

www.SignUpGenius.com
Can you believe we are approaching the end of our year? It is so hard to believe that our time together has gone so quickly! These are some items that we will be using as a part of our balloon countdown as we celebrate our year over the last 10 days of school. Please bring these items to school by Friday, May 11th. Thank you!!

Week at a Glance

During our Morning Meeting, we used a fist bump to greet each other. We are really working on being attentive listeners while other friends are greeted. We have talked about how you can show people that you are listening by making eye contact, and keeping your voice off. This week during share, we worked on talking about things that we did over the weekend, things we did after school, or things we were looking forward to using a complete sentence.

We played four corners this week with new sight words. We worked on that, then, with, and when. Can your child identify these words easily?

Overall, we just worked on being good friends to each other. The last couple of weeks, we have not always shown kindness during our time in the classroom and on the playground. We are working on finishing strong and being kind, compassionate, thoughtful (almost) first graders!

In literacy this week, we read a variety of fiction and non-fiction texts as we began learning about seasons and the weather! After reading Seasons of the Year, we talked about weather that is typical during each season. Then, we used oil pastels to draw a picture of the weather during our favorite season, and made a graph. Summer was the most popular season! What's your child's favorite season?

After reading a non-fiction book about clouds, we discussed the 3 different types of clouds: stratus, cumulus, and cirrus. We read It Looked Like Spilt Milk, and created clouds by making symmetrical paintings. We used our imaginations to write what we thought each of our clouds looked like. Look for these in the hallway! We read The Wind Blew, and created a class book where each child wrote what they would want the wind to blow.

In math this week, we continued to practice our addition and subtraction skills. We learned how to play the game Car Race. Where we work as a team to move all 3 "cars" to the finish line by rolling dice and deciding which car to move. We also worked on decomposing numbers as we played, by splitting up numbers in order to move more than one car. While we played, we talked a lot about teamwork and discussing ideas with your team before taking action. We also created loops with pipe cleaners and 10 beads, and practiced decomposing numbers.An example of a question I would ask is, "If I move 4 beads, how many do I have left?" Your child brought their loops home in their backpack so that you can practice these skills at home! 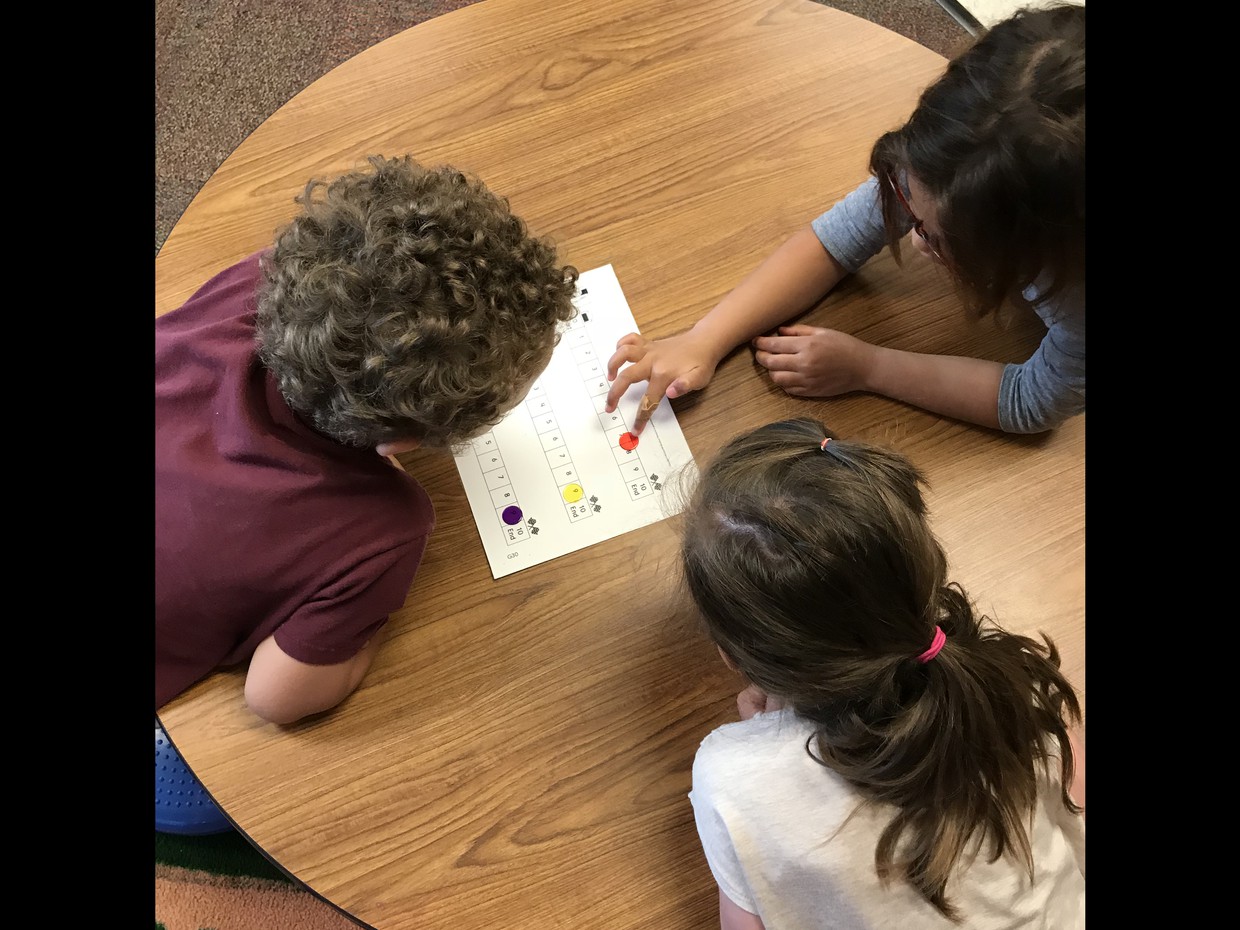 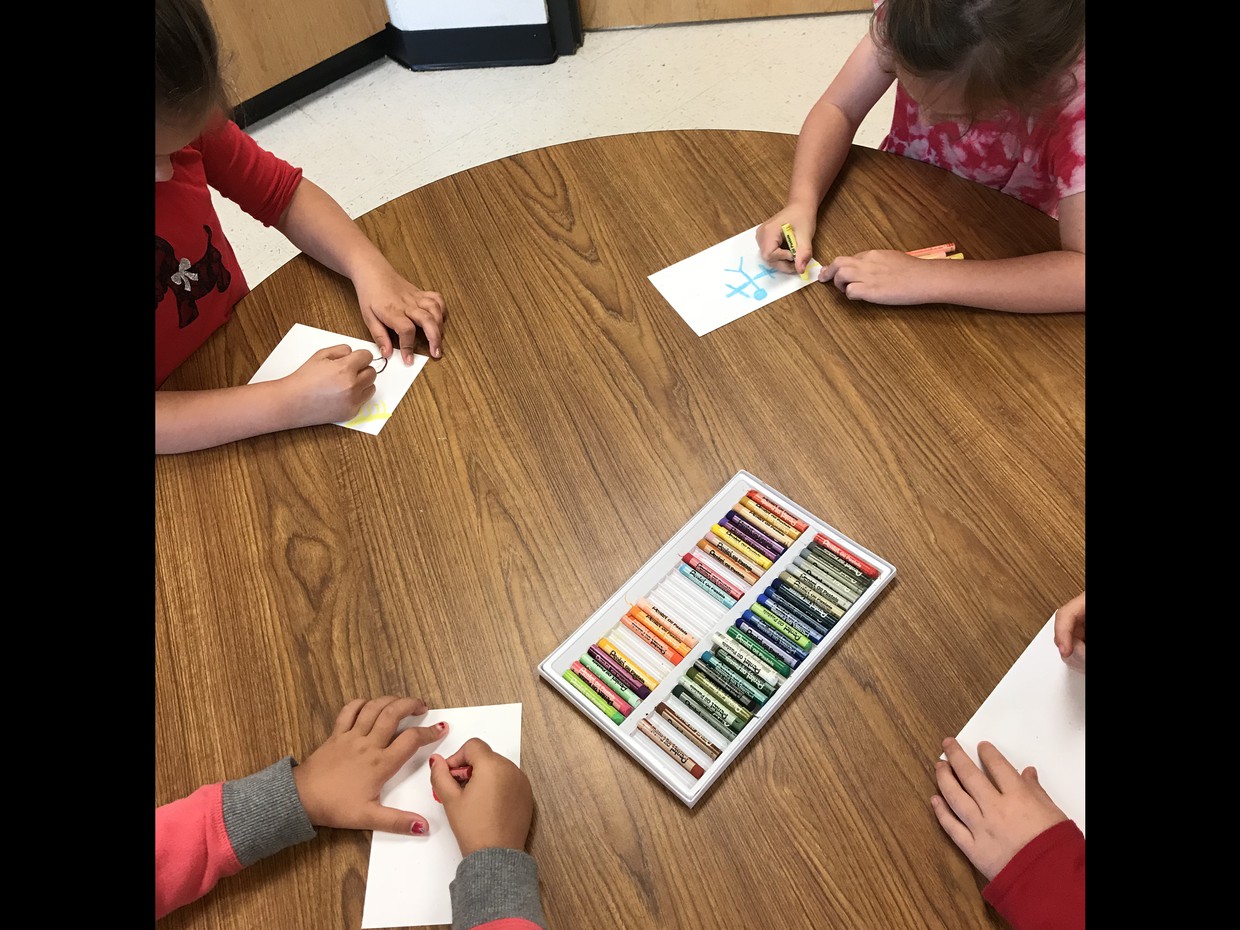 Here are some of our favorite songs that we listen to in class to help us remember key concepts and ideas...
Water Cycle Song
https://www.youtube.com/watch?v=H32W-6CKdfk

We worked on our sight word with this week. You can practice these at home! You can also work on your child's fluency by combining sight words to make sentences to read such as I can see a ________________.

Words We Have Learned:

Thursday, May 17: Somewhere Over the Rainbow: Tie Dye T-Shirts

Friday, May 18: I Scream, You Scream, We All Like Ice Cream!

Monday, May 21: Pancakes and Pajamas

Tuesday, May 22: Lettuce “Taco” About A Great Year

Wednesday, May 30: Popsicles in the Park