amna is using Smore newsletters to spread the word online.

Get email updates from amna:

Canada and South Korea in 2040

Canada and South Korea in 2040

In 2015 Canada is more likely to continue with the standard point system, but by (about) 2040 Canada would of had a new immigration policy, "the proposed system".Under this system, employers would play a very important role in searching for candidates and conducting interviews and identifying candidates. All of this is going to happen in order to to match skilled immigrants with unfilled jobs, Ottawa will act as a matchmaker between immigrants who want to move to Canada for work and Canadian employers looking to fill job vacancies.

Canada in 2015 will register a average annual growth rate (approximately 1%), while the death rate is annually declining. However, Canada's population growth is expected to fall in 2040, mainly because of a decline in natural increase. Today Canada's growth rate is higher than the death rate by at least 60%. But around 2040, deaths are expected to start outnumbering births. From that point forward immigration would be the only growth factor for Canada.

Its no secret many choose to leave South Korea for a more opportunistic country like Canada. Canada would have more pull factors in 2015 or/and 2040 due to is never ending immigration policies and job opportunities. South Korea on the other hand isn't too lucky, with a substantial amount of push factors. For example; more air pollution, poverty, expensive treatments etc. However, this is likely to change by 2040, when there aren't as many people leaving as coming. 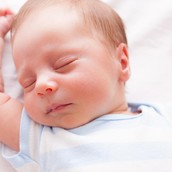 A Look At Population

amna is using Smore newsletters to spread the word online.