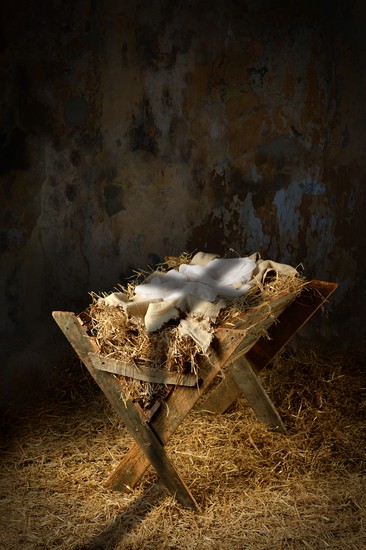 Editorial: The Meaning of Christmas

On December 25 we celebrate the birth of Jesus Christ. With all our busyness we too easily forget the significance of Christmas. But 90 years ago Dr. James Allan Francis, pastor of the First Baptist Church of Los Angeles, preached a sermon in which he summarized the impact of Jesus’ life. Part of that sermon was published as “One Solitary Life”, which serves as an eloquent reminder of the true meaning of Christmas:

“Here is a man who was born in an obscure village, the child of a peasant woman. He grew up in another village. He worked in a carpenter shop until He was thirty. Then for three years He was an itinerant preacher.

He never owned a home. He never wrote a book. He never held an office. He never had a family. He never went to college. He never put His foot inside a big city. He never travelled two hundred miles from the place He was born. He never did one of the things that usually accompany greatness. He had no credentials but Himself...

While still a young man, the tide of popular opinion turned against him. His friends ran away. One of them denied Him. He was turned over to His enemies. He went through the mockery of a trial. He was nailed upon a cross between two thieves. While He was dying His executioners gambled for the only piece of property He had on earth – His coat. When He was dead, He was laid in a borrowed grave through the pity of a friend.

Nineteen long centuries have come and gone, and today He is a centrepiece of the human race and leader of the column of progress.

I am far within the mark when I say that all the armies that ever marched, all the navies that were ever built, all the parliaments that ever sat and all the kings that ever reigned, put together, have not affected the life of man upon this earth as powerfully as has that one solitary life.”

May each of us be touched this Christmas by our recollection of that life.

Corps Sustainability: A Summary of the Issues

Colonel Shepherd wrote about the Sustainability of our Corps in the October 19, 2016 issue of Money & Mission, and the following three issues carried articles commenting on his views. Colonel Shepherd now provides some concluding thoughts.

I enjoyed reading helpful comments from Brad Reid, Karen Coley and Rick Honcharsky. Part of their contribution was to better reflect the complexity of the discussion by raising a series of questions related to the effectiveness of corps ministry. I also thank them for forcing more precision into the discussion – what do we mean by “redefining the mission of The Salvation Army”? Four people from different age groups, different job roles and different parts of the country. But there emerged a congruency around some key issues which lead us to a discussion of serious questions.

Let me summarize what I see as the agenda coming out of our exchange:

Changing communities, a new profile of professional ministry, ageing population and membership. It could sound daunting. Or, it might be the basis of a rebirth. We work to make it happen. We trust God to make it happen.

Who's Who - Finance Department Advisors

The finance department has a group of retired professionals who provide services as advisors on a part-time employment or consulting basis.

Irene Chan, Assistant Financial Secretary prior to her retirement in 2012, has been involved in a variety of projects, including the selection of our new financial systems and the development of a business continuity plan.

Marilyn DeMara, former partner at KPMG, LLP and lead engagement partner on the Army’s external audit, is playing a key role in the development and coordination of training, both for finance department staff, as well as those we serve.

Patricia Dunbar, Assistant Financial Secretary prior to her retirement from full-time employment earlier this year, is now serving as executive sponsor of the Ultipro HR and Payroll system implementation.

Alister Mason, the Managing Editor of Money & Mission, is a former audit partner with Deloitte & Touche, as well as former Director of the School of Accounting and Finance at the University of Waterloo.

Edwin Sanjivi was Divisional Secretary for Business Administration in the Ontario Central Division prior to his retirement in 1999 and, since then, has worked part-time for the finance department, dealing with issues such as corporate finance, compensation and benefits, and serving as a final approval authority for disbursements. Ed celebrated his 84th birthday recently and is still making a fine contribution to the department’s work.

William Stafford, Director of Investments, has been with us for 15 years, after an extensive and varied career in investment management roles, both in the public and private sectors.

Lt. Colonel Neil Watt, who works closely with the Financial Secretary on a variety of issues, including financial risk management and Imagine Canada standards compliance, was the Territorial Secretary for Business Administration from 2003-2013.

These individuals bring the benefit of their expertise and experience gained over many years and, in exchange, the finance department offers them a flexible work environment in which they can enjoy retirement, while still actively contributing to the Army’s mission.