Penny is using Smore newsletters to spread the word online.

Get email updates from Penny: 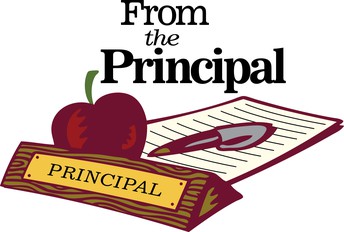 We have under 15 days of school left in the semester. During those 15 days we have a lot to accomplish. We have our winter art show, music concerts and basketball play night all the week of Dec. 12th. All Falcons will be completing their winter MAP testing in Math and ELA. It will be very important for all Falcons to be in attendance these last weeks of the semester as there will be no time to make up work before grades are finalized on January 3rd. Late work for the 2nd quarter is due by 3pm on December 14th. Our first semester has zipped by this year. We look forward to another positive semester beginning in January. Please remember students are out of school for winter break, December 19th to January 4th.

On behalf of the French MS Faculty, I want to wish all Falcon Families a blessed holiday season. May you find time to spend with family and friends. We will see you in the new year! Happy New Year! 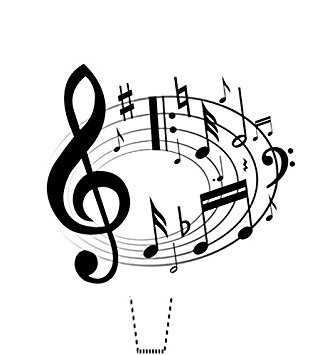 Join us for our annual music concerts this month. Our band, choir and orchestra have been hard at work preparing for this event. All concerts will be held in our gym.

Our PTO is selling Sonic coupon cards. There are several great deals on sweets and treats for the whole family. Pick yours up today in the front office for $3.00 each. 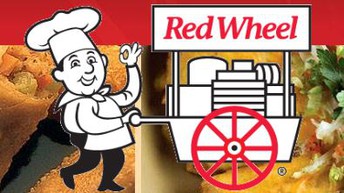 We had a fantastic response from our Red Wheel fundraiser this fall. French PTO made just over $2,700.00. Congratulations to our top 3 sellers. They will receive a gift card from PTO. Our top three sellers sold over $1600.00 in products!

Our annual winter dance will be December 9th from 6:30-8:30pm. All French Middle School 7th and 8th graders are invited to the dance as long as they are eligible. To be eligible to attend the dance students must be passing all classes and have eligibility points. The cost to enter the dance is $3 or $2 with an honors card. We hope to see all 7th and 8th graders at the dance! Please remember no outside guests are allowed.

Mark your calendars for our annual winter art show, December 13th from 4-6pm. We will be highlighting our 7th grade art projects from the 1st semester. Plan to view our art gallery in the commons. All family members are welcome. We hope to see you there. 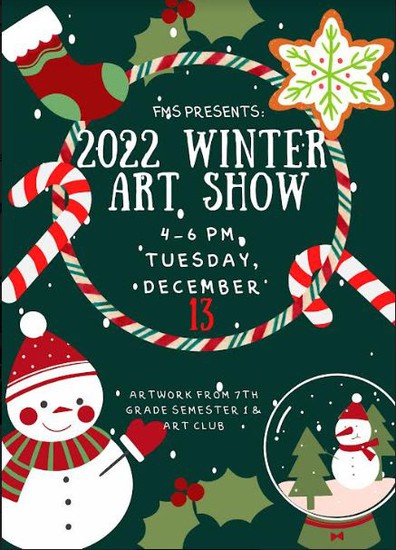 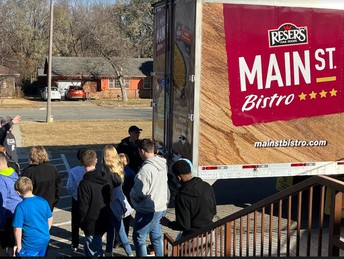 Career Day “Exploring Possibilities” was held on Nov. 22. This day is a full day of activity for students. We start with presenters from the community, then our 8th graders in Career and Life Planning do career presentations for the rest of the students and we finish the day with Life Hacks, skills students may need as they get older.

We had 31 presenters from the community. These presenters represented careers in all 16 national clusters. We also selected careers from a variety of education/training levels including military, apprenticeship, technical certificate, associate’s, bachelor’s and beyond. Students rotated through 5 different career presentations. Most of the careers students saw were based on information from the assessments they complete in Naviance and the careers & clusters that they favorite at the beginning of the year. We’d like to thank the speakers and their businesses for allowing them to spend the morning with our students.

A special thank you goes out to the following businesses that donated items for our career day. Sling bags were donated by the Board of Certified Safety Professionals

Coffee for presenters was donated by Starbucks at 470 & Wanamaker 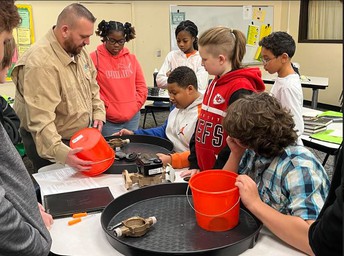 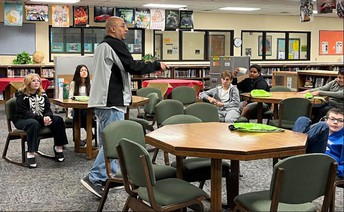 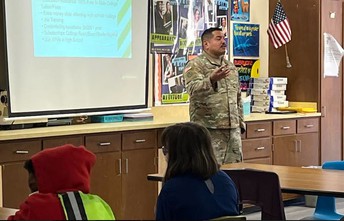 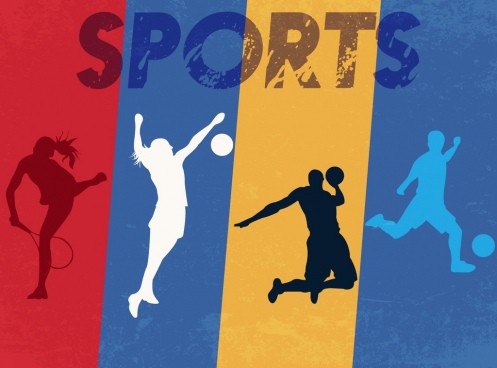 “Success comes from knowing that you did your best to become the best that you are capable of becoming.” John Wooden UCLA

The varsity girls basketball team is currently sitting in 2nd place and has the potential to play in the city championship, on Dec. 14th at Highland Park High School. All levels of play are finding great success on the court this season with the JV currently undefeated and the B team winning multiple games as well.

Boys Basketball will start the week of Jan. 5th(sign up will be before break) with tryouts after school from 3:00- 5:00pm. Teams will be finalized the same week, so it is important to have your physicals ready by then. Teams will be broken up by skill level and classified by Varsity, JV, and B team. The Varsity and JV will practice after school from 3:00- 5:00pm, while the B team will practice in the mornings from 6:30- 7:30am. The games will be held on Mondays and Thursdays, starting on January 23rd. All games start at 3:15 and cost $2.00 to enter. Most games finish by 5:30pm, but may be earlier or later depending on the speed of the games.

Just a reminder that a district wide grade policy is in effect. Any student with an F on their grade checks will be ineligible for the next game until the F is brought up. An F list will be created every Friday, with student athletes informed that day if they are on the report. It is then their responsibility to bring that grade up and communicate with the coach when that has happened with a note from the teacher.

We would like to remind spectators that French Middle School is a member school of the Kansas State High School Athletic Association (KSHSAA) and is governed by their rules. One of those rules which, we completely support is Rule 52 which states:

ALL ACTIONS are to be FOR, NOT AGAINST; POSITIVE, NOT NEGATIVE or DISRESPECTFUL

Art. 1: SPORTSMANSHIP is a general way of thinking and behaving. The following sportsmanship policy items are listed below for clarification:

a. Be courteous to all. (participants, coaches, officials, staff and fans)

b. Know the rules, abide by and respect the official’s decisions.

c. Win with character and lose with dignity.

d. Display appreciation for good performance regardless of the team.

e. Exercise self-control and reflect positively upon yourself, team and school.

f. Permit only positive sportsmanlike behavior to reflect on your school or its activities.

We hope that you can attend the games this year to cheer on the Falcons! 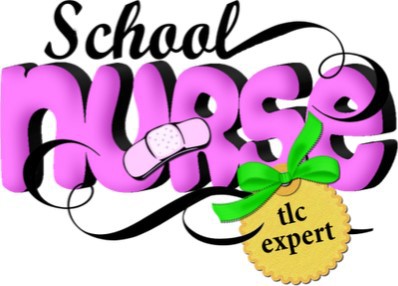 Illnesses & When to Stay Home

Students learn best when they are healthy and alert in school. Keeping your student home when they are sick promotes a quicker recovery and helps prevent illness for classmates. Below is the district exclusion policy for keeping/sending students home when they are ill, and conditions for when they should return. 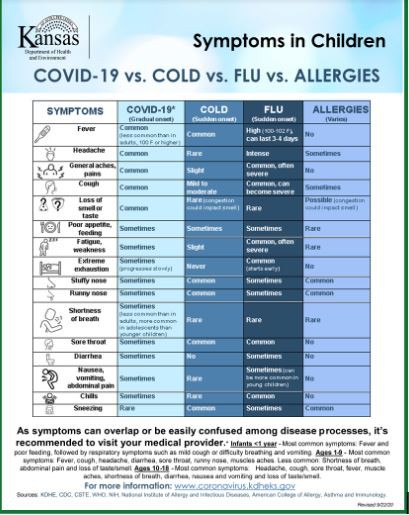 Please continue to report all Covid Illnesses and Exposure to the school nurse as soon as possible. This includes Positive Tests, Close Contact and Household Exposure. In order to assure you have the most up to date Quarantine, Mask Requirements and Testing Options, information will be shared at the time of notification. 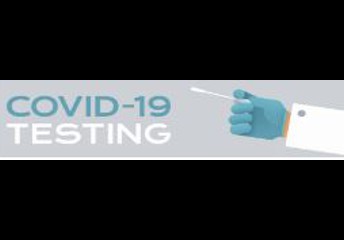 Rapid COMBINATION COVID/INFLUENZA tests are now available for students. In order for your student to be tested at school, a Consent form must be completed before the test can be administered. Parents/Guardians can find the E-Form on the Tyler SIS parent page. Once you log in to your Parent portal, you will see a yellow highlighted line that states there are New Optional E-Forms available. Once you click “view”, you will then see the 2022-23 Covid-19/Flu/Strep Testing Consent form, you will be given the option to consent to testing, and the form will be immediately available for nursing staff. Please complete this form at your earliest convenience so we have it on file should the need arise. Nursing staff will make every effort to contact you prior to any testing, even if the form is on file. (Strep Testing is not available at this time.) Students with a negative test result may still need to be excluded from school based on symptoms and exclusion policy (i.e. fever, vomiting, etc.) 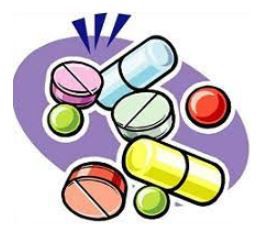 Students are not allowed to carry medications with them during the school day. All medication including prescription and over the counter medications such as Tylenol or Ibuprofen must have proper paperwork in place and all medications must be kept in the school nurse's office. (This includes cough drops.) Exceptions can be made for Inhalers and Epi-Pens, with an additional form. If you have questions please contact Nurse Besenyi for the appropriate forms. MEDICATION GUIDELINES

Below are some fun holiday family activities available in the Topeka community.

Reserve your spots at - https://evergyplaza.com/corefirst-ice-rink/

Starting in late November through December 31

Walk through the Topeka Zoo and view the holiday lights

December 3rd at 6pm - Enter at 2nd and Kansas

Catch their performances at the Topeka Performing Arts Center!

6-10 Sunday - Thursday and until 11 Friday and Saturday

The display is synced to radio station 102.5 FM

French Middle School will not tolerate bullying of any kind. Bullying is defined as any ongoing verbal or physical mistreatment where there is an imbalance of power, and the target/victim is exposed repeatedly to negative actions by one or more students. Bullying can be direct (physical or verbal), or indirect (exclusion, cyber-bullying, emotional). In order for everyone to feel safe and secure at school, every Topeka Public School has adopted the following rules against bullying. “I will not bully others. I will try to help students who are bullied. I will do my best to include students who are easily left out. When I know somebody is being bullied, I will tell an adult at school and an adult at home.” Students, staff, and parents should report any bullying that they are aware of to administration through the on-line bully report link on the French website. Students who bully others will receive consequences. Our counselors will be visiting 6th, 7th and 8th grade classes in August and September to remind students what bullying is, what we can do to prevent bullying, and what students should do if they or someone else is being bullied.

The Topeka Public Schools, Unified School District No. 501 is committed to affirmative action and equal opportunity. No person shall, on the basis of age, race, color, creed, religion, sex, sexual orientation, gender, gender identity or expression, disability, national origin or ancestry be denied lawful access to any appropriate educational service, program or activity provided by the school district. The Title VI and Title IX compliance coordinator is the Assistant Superintendent for Teaching/Learning/Administration. The Section 504/Title II compliance coordinator is the Coordinator of College and Career Ready Services. For employment, the EEO/AA officer is the General Director of Human Resources. All compliance coordinators may be contacted at 624 SW 24th Street, Topeka, KS 66611-1294, (785) 295-3000. The clerk of the Board of Education has been designated to receive and redirect or handle inquiries regarding nondiscrimination policies, regulations and procedures. The clerk may be contacted by calling (785) 295-3045 or by writing to 624 SW 24th Street, Topeka, KS 66611-1294. 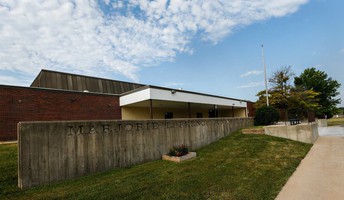 Penny is using Smore newsletters to spread the word online.

Follow Penny Marin
Contact Penny Marin
Embed code is for website/blog and not email. To embed your newsletter in a Mass Notification System, click HERE to see how or reach out to support@smore.com
close