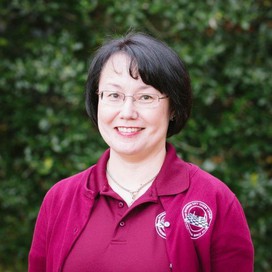 Get email updates from Ranae:

Standing Committee of the US Chess Federation

Standing Committee of the US Chess Federation

The Chess in Education (CIE) Committee is a US Chess Executive Board (EB) appointed body formed to advise the EB on activities related to chess in education that look to assist teachers, schools, districts, and state boards of education with resources relevant to the use of chess as an educational tool.

Membership on the Committee will be approved by the EB. The Committee shall have between 9 and 13 members, and two Co-Chairs who will be approved by the EB. Members will be chosen based on their experience using chess as a tool in an educational setting or their experience integrating chess into curriculum. All members are appointed for 1-year terms. 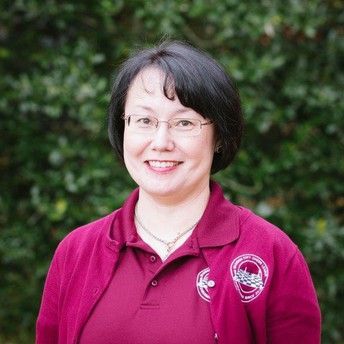 Ranae Bartlett is the founder and Executive Director of the Madison City Chess League. She is an attorney, former school board member for Madison City Schools, and current Madison City Council member. After developing a successful chess program at Rainbow Elementary, she wanted to provide a place for all students in Madison to grow and develop their chess skills. The idea for the Madison City Chess League was born. As a school board member, she championed every Madison elementary student having the opportunity to learn to play chess and supported school funding for the chess program. Ranae also has served on the State of Alabama Chess In Schools Task Force, and in 2020 she became Education Director for ChessKid.com. She is an advocate for chess instruction in schools and has been instrumental in developing chess programs and elective options for students in Madison County, Alabama. 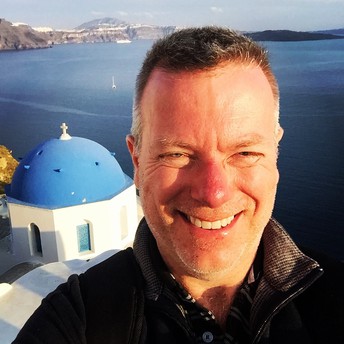 John Galvin is the longtime coach and coordinator of the chess program at I.S. 318 in Brooklyn. The program was featured in the award winning documentary Brooklyn Castle which documented the power of chess to change the lives of children.

The school has won over 60 national championships over the last two decades culminating in the widely celebrated winning of the High School National Championship in 2012. He serves as an assistant principal at the school and serves on the Board of Governors of the Marshall Chess Club. 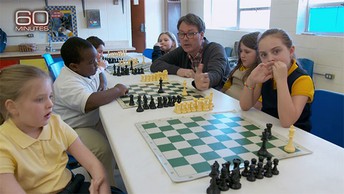 In June 2015 veteran chess instructor Dr. Jeff Bulington, formerly of Memphis, joined the newly formed Southwest Mississippi Chess Foundation (SMCF) to lead a chess program in county schools. Assistant chess coach Bobby Poole, who is also a United Methodist pastor, joined SMCF after he retired from C Spire in 2015. Since then as executive director of SMCF, Dr. Bulington and Mr. Poole have introduced chess to over 150 students in lower and upper elementary schools in Franklin County, as well as teaching adult classes. 60 Minutes did a feature story on this program which many have seen.

The new program is privately funded. The chess program has the potential to improve analytical thinking and academic achievement for participating students for years to come. Currently, the elective program is offered to students in kindergarten through 8th grade. Their goal is to add a grade each year to the school chess program. 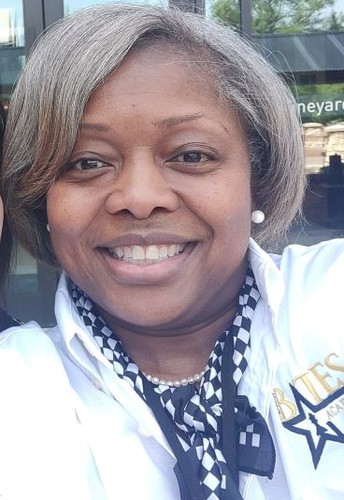 I am entering my 24th year in education. I teach in the Detroit Public Schools Community District (DPSCD) in Michigan. Our population is currently 50,000+ scholars. I teach in a pre-K – 8 setting. My teaching assignment continues to be very rewarding every time I see the bright smiling faces of students eager to learn new things.

In DPSCD, I have been coaching chess for the past 15 years. During that time, the school has had chessclub and chess team components. We have done well during my tenure competing at local, state, and national tournaments. Specifically, I have taken the team every year to spring nationals: elementary, middle, or high school. My team, Detroit Bates Academy Chess Team, has played with heart and tenacity and have many awards to display our success. I have also had the opportunity to work with amazing coaches and be embraced by the chess community. Since 2008, I have been an organizer, coach, and volunteer for The Detroit City Chess Club. 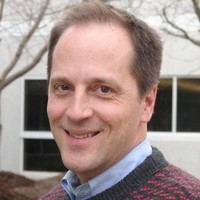 Mark Indermaur is a volunteer chess coach and organizer with eleven years experience teaching hundreds of children chess. He has run over 100 rated tournaments as a USCF Senior Tournament Director and was named NC Chess Coach of the Year in 2016 and in 2020. To help more parents, teachers, and volunteers start chess clubs in North Carolina schools and libraries, he and his wife started the Indermaur Chess Foundation, a 501(c)3 nonprofit. In 3 years, they have helped establish 61 chess clubs across 32 NC counties. 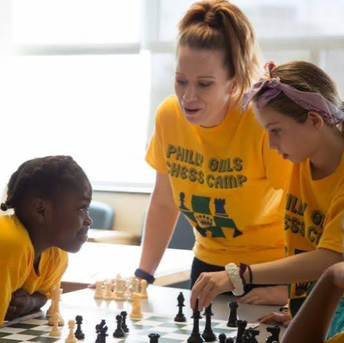 I am an English as a Second Language teacher with a Master’s Degree in Urban Education from Temple University. I have been teaching at Esperanza Academy Charter School in Philadelphia, PA for over a decade. In addition to running the k-12 chess program, I coach an all-girls chess team, the Esperanza Queens and implement summer chess instruction in Costa del Sol, El Salvador with the non-profit Ingles Sin Limites, a Bella Mari Project. Finally, I am formally the Associate Director for Philadelphia Chess Society, a non-profit dedicated to empowering underrepresented youth through chess, and the former Philadelphia Scholastic Coordinator for the Pennsylvania State Chess Federation (an affiliate of USCF). Education and chess are my passions and dedicated career.

I played competitive chess the last two years of high school. Afterwards, when I became a teacher, I took over my school’s fledgling program. From there, I became involved in the local programs, helping local schools start their programs, host their first tournaments, and answering questions of parents as their kids got involved in chess. Eventually this led to me taking a board member position in the Tennessee Chess Association, both as the East Region Tournament Coordinator and sharing the position of Region 1 Scholastic Coordinator with my husband. 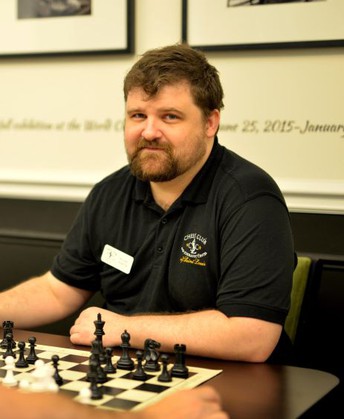 Richard is Scholastic Manager of the Saint Louis Chess Club. He joined the Club in 2015 and helped expand chess programming to over 100 regional schools. Under the guidance of Maurice Ashley, Richard co-authored and edited the Saint Louis Chess Club's Chess in Schools Curriculum (2018). In addition to his work with the Club's Chess in Schools Innitiative, he is a senior Tournament Director and National Arbiter (FIDE Arbiter elect). Along with the 1000s of chess classes the Club puts on each year, Richard organizes and directs a St. Louis Area Scholastic Grand Prix for students to hone their chess skills each month during the school year. He is the administrator of the Club's Select Chess program for talented, local chess youth with the goal of training and developing titled players in the region. When he finds the time, he enjoys playing 3-minute blitz online. 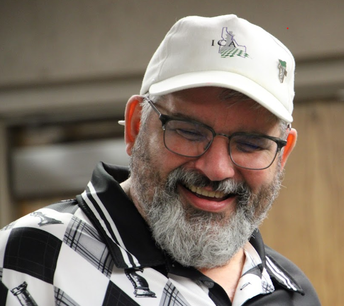 I am current President of the Idaho Chess Association and have held every office with the ICA. I came to chess late in life (age 40!) and am trying to make up for lost time. I am a Chemistry, Biology, and Physical Science teacher at Kellogg High School and am on year 27. I run Silver Valley Chess Club, Kellogg High School Chess Club and have started several others. I am a TD, player, organizer and Chess addict! 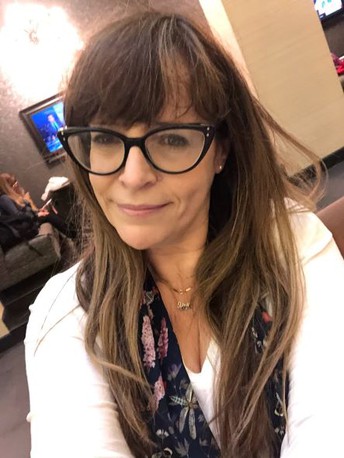 Sophia Rohde is an International Organizer and the youngest person to ever become an International Arbiter. For over 35 years she has taught chess in New York City, leading the program at Columbia Grammar and Preparatory School since 1990. She is a Hall of Fame inductee of the New York State Chess Association (NYSCA), where she currently serves as Vice President. A longtime delegate and committee member for US Chess, Sophia still drives the creation of new events. The Magnus League, a new high school team chess league, held its first meet on November 23, 2013 — the day after Magnus Carlsen became World Champion. The New York State Girls Championships debuted in 2017. These events were only interrupted by the COVID-19 pandemic, and will return in Fall 2022.

Ms. Rohde specializes in curriculum development, project-based learning, and using chess as a social/emotional tool in the classroom. 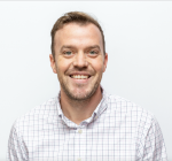 Shaun is Director, Programs at the NYC non-profit organization Chess in the Schools. USCF Expert and USCF Senior Tournament Director with nearly 500 events directed. He has been with Chess in the Schools as both a chess teacher/coach, tournament director, and program director since 2005. 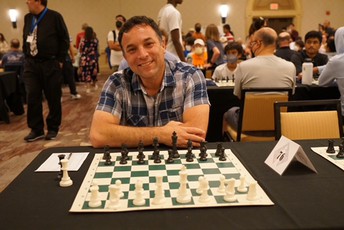 Abel Talamantez has over 10 years of experience in the field of educational chess, having served as a coach in hundreds of elementary school programs, as well as worked with parents and school administrators in the development of chess in school programs. He founded his own chess school, Castling Kids in 2012, and has since served as Chess Director at the Mechanics' Institute in San Francisco, and now, as Chess Program Director at Hamilton K-8 School in Novato, CA, where he teaches over 200 kids in a full time chess program. The goal at Hamilton is not only to develop a competitive chess team, but also to use chess as a tool for learning and to help kids develop socially and emotionally through chess as well as enhance critical thinking. Abel is also a US Chess Senior TD, FIDE Arbiter, FIDE Instructor, FIDE School Instructor, and FIDE Chess in Education Lecturer. 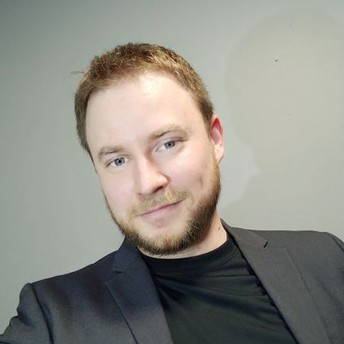 Bryan Tillis is a FIDE Trainer, National Master, and US Chess and FIDE tournament organizer/arbiter. He is a founder of Palm Beach Chess in Florida. He is a well-known author on Chessable and has a passion for chess improvement for all levels. As a certified educator and classroom teacher, he has coached numerous teams and individuals to success at state and national levels. He attributes much of his success to his connections in chess and has the perspective of FIDE: Gens Una Sumus. We can do much by respecting each other and working together.

The CIE Committee will meet the last Thursday of each month at 8 p.m. EST via Zoom. Instead of meeting on Thanksgiving (Nov. 24), the committee will meet on Dec. 1. First meeting will be Thursday Sept. 1. Next meetings scheduled for Sept. 29, Oct.27, Dec. 1, Dec. 29, Jan 26, Feb.23, March 30, April 27 (could adjust due to national tournament schedule). All meetings will last one hour.

Chess is recognized as an essential tool that promotes inclusiveness and benefits education, rehabilitation, recreation, and friendly competition.

Follow Ranae Bartlett
Contact Ranae Bartlett
Embed code is for website/blog and not email. To embed your newsletter in a Mass Notification System, click HERE to see how or reach out to support@smore.com
close