After fifty-five years, Central’s school newspaper Tiger Talk is still going strong. In September, 1965, there was no school newspaper at Central, so Mr. Lee Evans, a newly hired English teacher, started one. After thirty-eight years as advisor of Tiger Talk, Mr. Evans retired from teaching in 2003. Ms. Aimette took over for one year, and Mr. Gillespie has been the advisor now for the past sixteen years. A lot has changed over the years in terms of the newspaper. Computers are used instead of typewriters. Articles are emailed instead of handed in. Photographs are taken with digital cameras or iphones instead of film cameras, and they are uploaded instead of being developed at the store or printed on school computers. The cost of paper and ink has increased over the years, as well as the size of the paper and the number of issues. Last year, Tiger Talk went green and became digital. What has remained constant is the quality of student reporting and writing, as well as the dedication of Central school students to make this a fun, enjoyable, interesting newspaper for students to read. Those who save copies of Tiger Talk have a snapshot memory of their time here at Central that they can look back on when they are older. If you have suggestions for articles that you would like to see in our paper, please speak to a Tiger Talk staff member, and here’s hoping for another 55 years of success in the future.

Did you know Central School used to have a darkroom for developing photos? Below is a photo of the old Tiger Talk mailbox where students could make suggestions and ask for teenage advice, like “Dear Abby.” This mailbox has not been used in over 17 years, and it is locked, but no one knows the combination anymore. 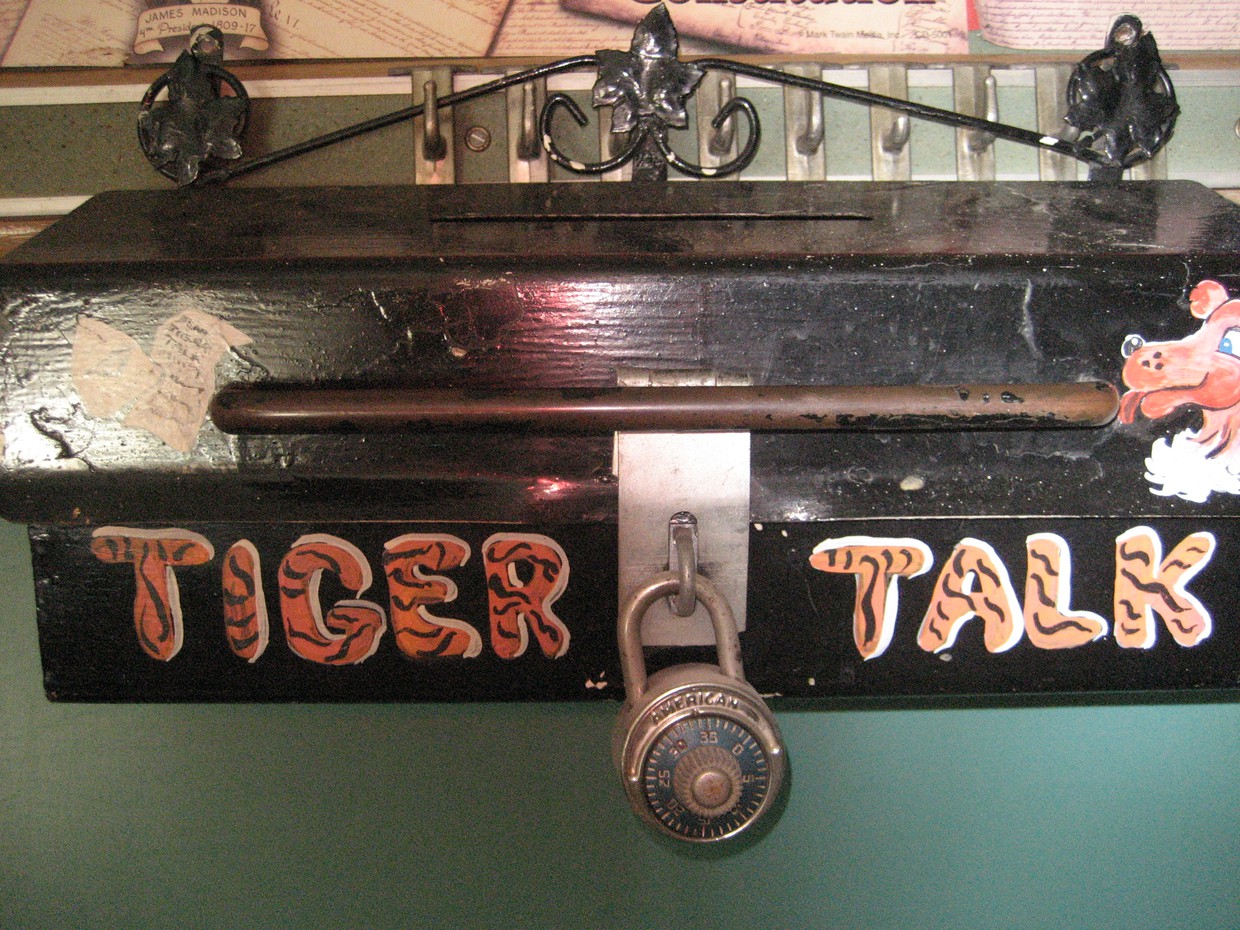 On Tuesday, October 22nd, a few students from Central Middle School went to a Problem Solving Consortium event. The students from Central attending this event Included Kevin Feinstein, Sophie Kotar, Isabella Lesende, Anton Levonian, Byron McCann, Sunana Navallari, Thomas Osmond, and Katarina Sicard. The bus was arrived late, but this delay did not stop us, however, as we only missed one or two stations. The Central students were split into separate groups consisting of students from different schools. There were 47 students from eight schools, and the schools that participated were Delbarton, Morris Plains Borough, Morristown Beard School, Newark Academy, Oratory Prep, Oak Knoll, and the Peck School. The groups rotated between stations, and at the end, they received a score for each station. In total, the event hosted seven stations. In one, students had to figure out which topic did not belong in a group. For example, there was a problem where Shakespeare plays were listed, but there was a book by Charles Dickens that did not belong. One interesting station was a mystery where you had to find out which cells everyone was in and what crimes they committed based on the clues provided. There was a station where students had to find out the distance on a map between states and/or cities. In another station, students had to label countries on a map. In Mr Gillespie's station, students had to figure out what sport was being described based on keywords from that sport. In the final station, we were prompted to figure out which item came first in history. Our tardiness did not stop us from scoring well in the event as a whole. My team finished in third place, Anton's team ranked second, and in first place was Katarina and Byron’s team. I really enjoyed this event and learned a lot, picking up a few new skills. If you are in 6th or 7th grade, you should definitely partake in this next year. Below is a photo of Central's problem solvers with their ribbons. 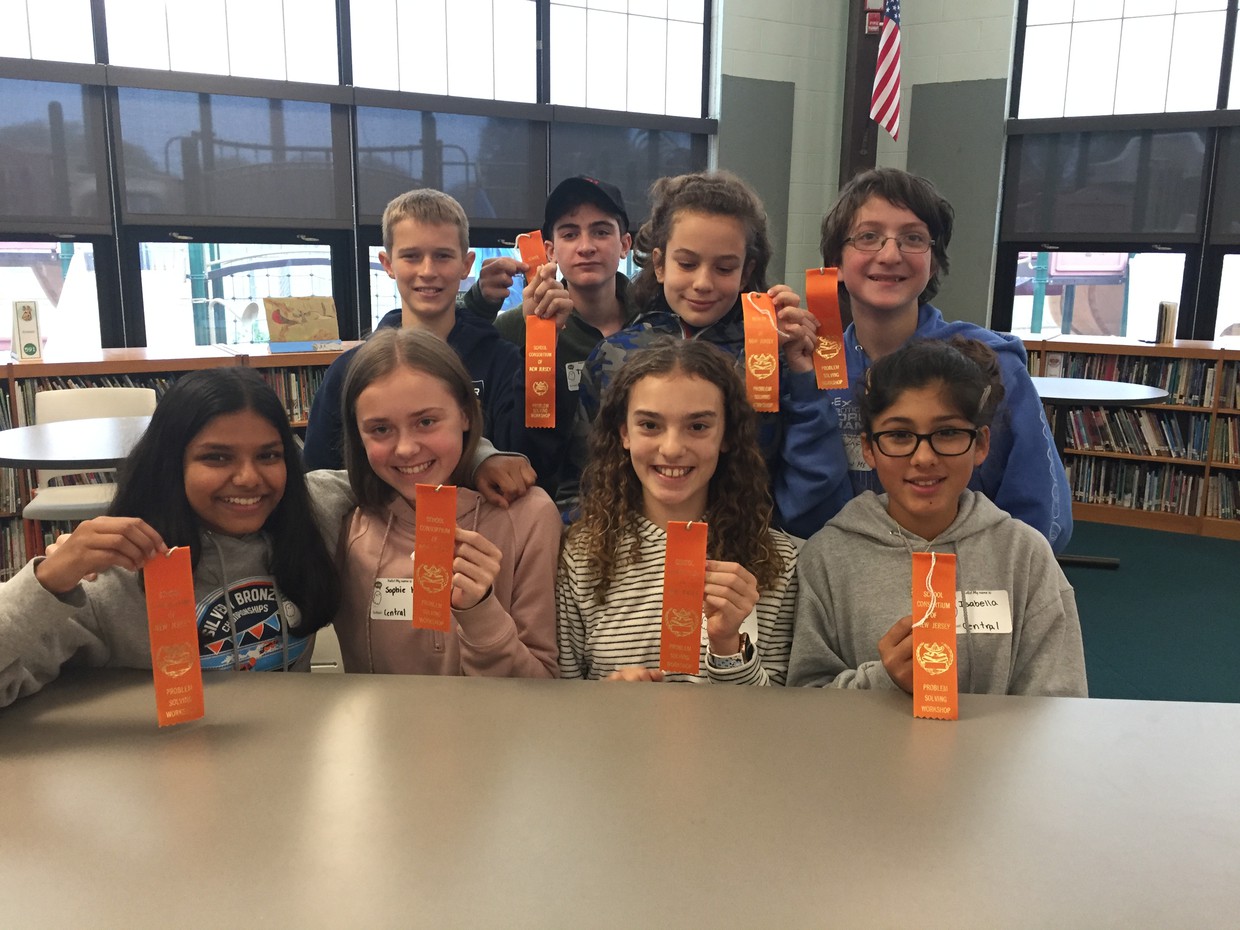 On Wednesday, October 23rd, Central's 7th graders were treated to the visit of the Masked Messenger. The Masked Messenger gave a entertaining performance for the 7th graders. He had many masks that resembled different emotions. He started his presentation by putting on masks and doing acts and movements that symbolized the mask. He then took off his mask and told the 7th graders about masks. He explained that masks could show lots of emotion, even if they do not cover the whole face. Some of the sample masks that he acted out included a mask with no mouth, a drill sergeant, and a giant mask that looked like Gandhi. He even had a mask of Donald Trump!

He went on to put a mask on the back of his head, and he bent his body. It was amazing. For his final act, he put on a crazy mask and jumped around. He then “apologized” to us for the mask’s behavior. It was a fun, interesting, and educational assembly, and hopefully, the Masked Messenger will be back next year. 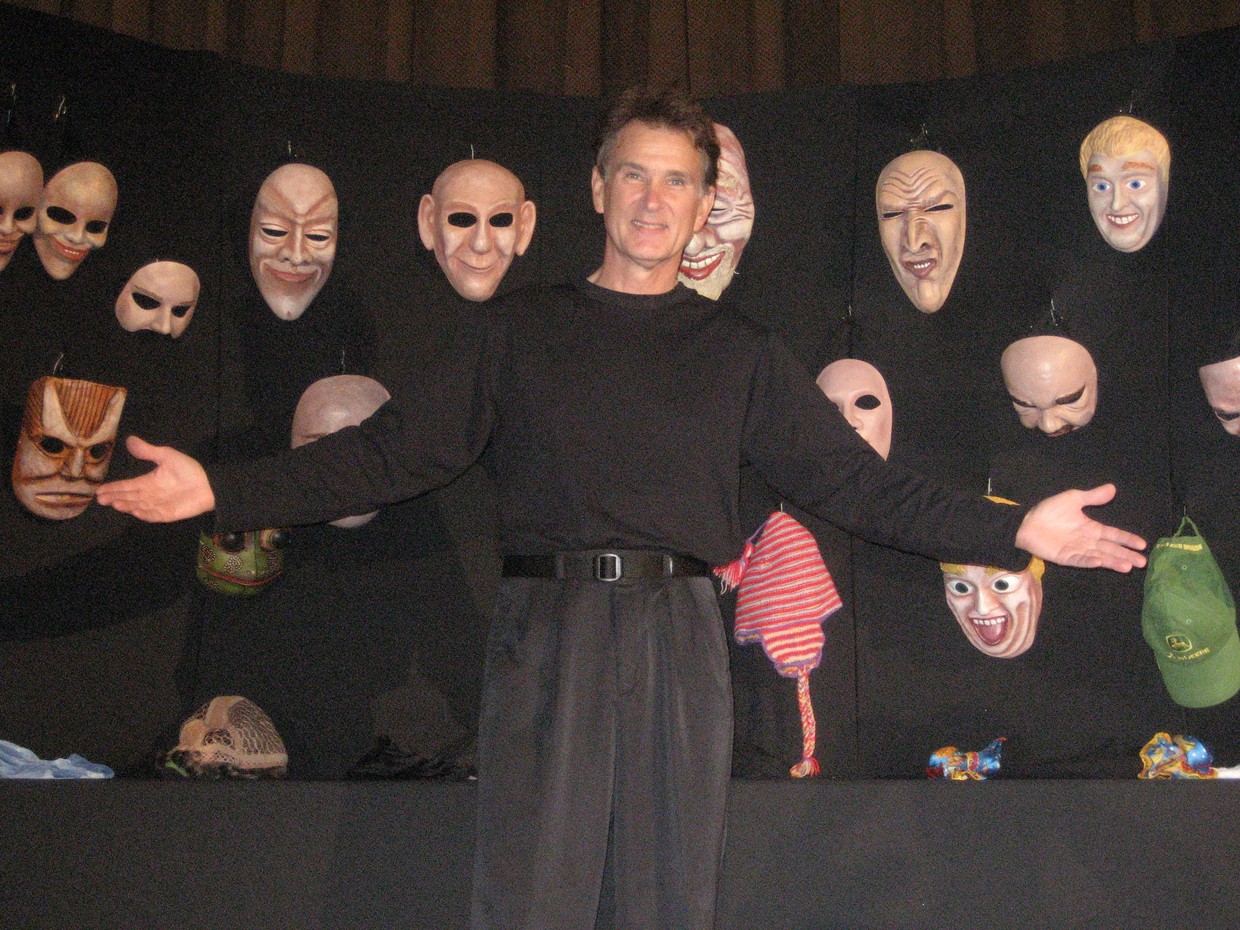 Elections for our student council were held on Friday, November 15th. During second period students were called to the all-purpose room to hear the candidates' speeches. There was one student running for Secretary, there were two students running for Vice President, and three students running for President. Mrs. Barth, the advisor of Student Council, moderated the assembly. The presidential candidates were Tom Osmond, Dean Berazanski and Aadya Bhadawaj. The two candidates running for vice president were Sophia Fish and Armann Lerner. Unfortunately, Aadya could not be at school that day to deliver her speech, but she was still on the ballot. The students voted by anonymous paper ballot during lunchtime, and the results were announced during 9th period. The winners were David Youssef for Secretary, Armann Lerner for Vice President, and Tom Osmond for President. Since no one initially ran for Treasurer, there was a special run-off election a couple of days later to determine that office holder.. Student Council's next meeting will be on Monday, November 25th during Guide. Below is a photo of the candidates and Tom giving his speech. 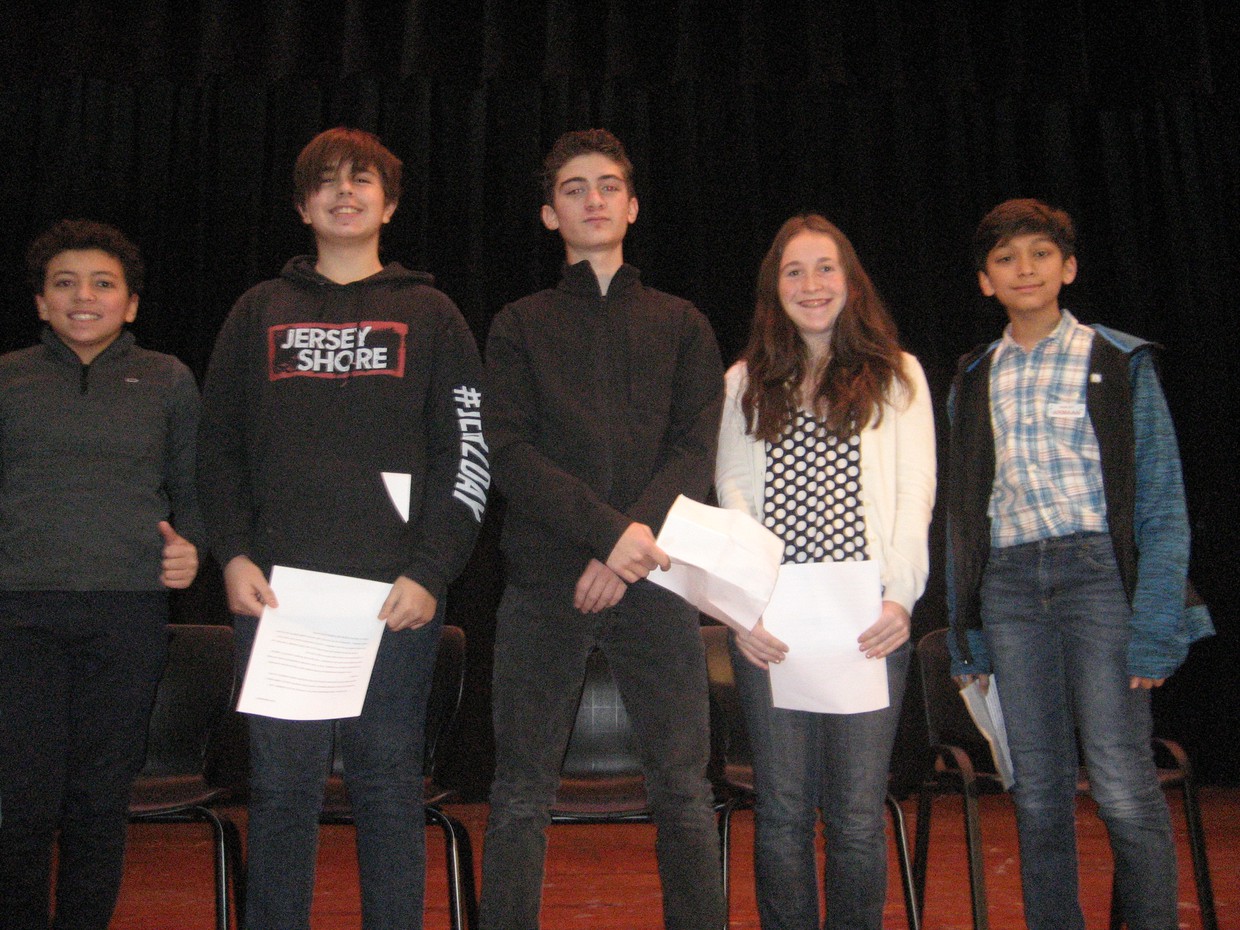 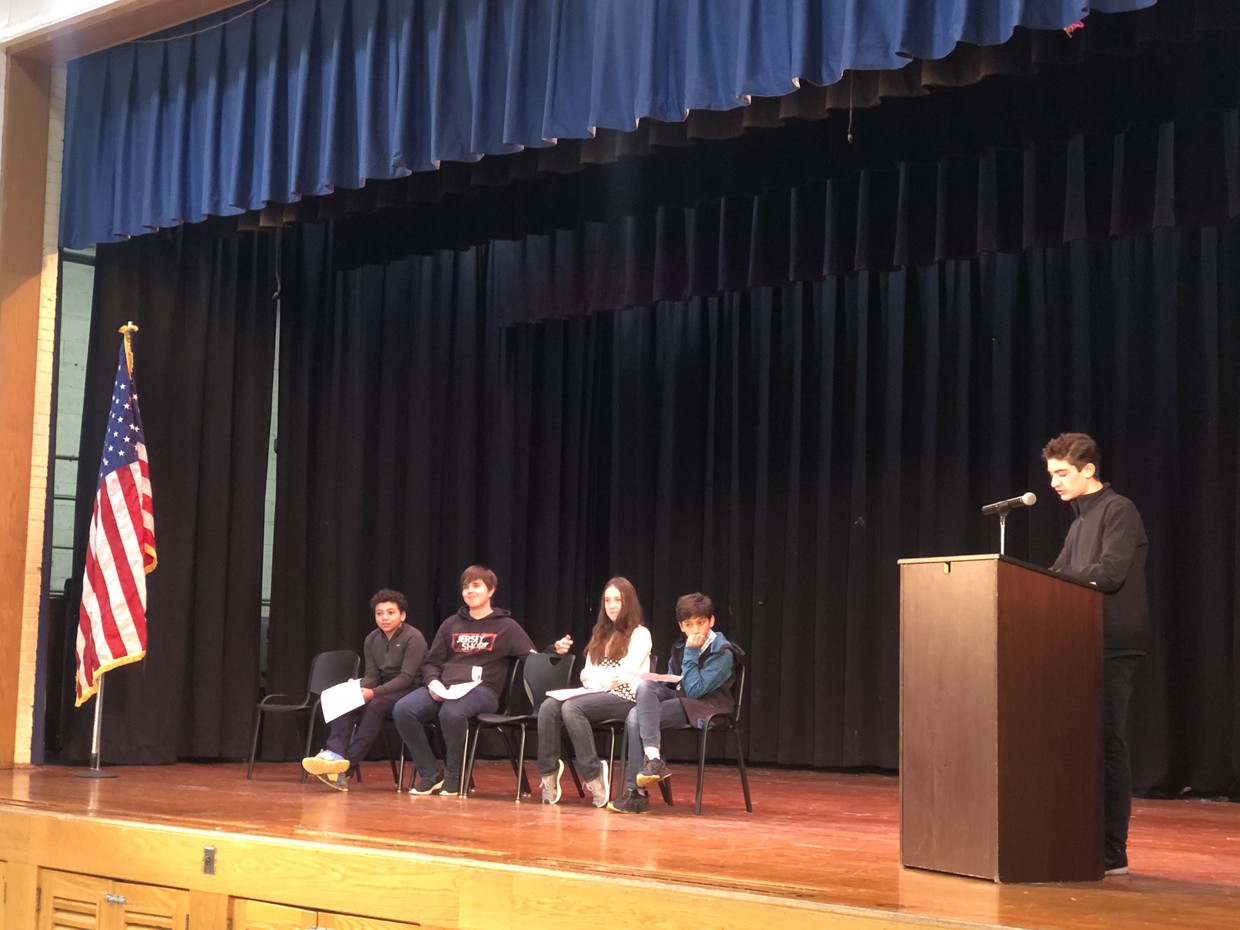 Central Was in the Halloween Spirit!

It wasn't just students who donned costumes for Halloween. At least 21 teachers and staff were dressed up as M & M's, as a couple of members were missing from the photo below. 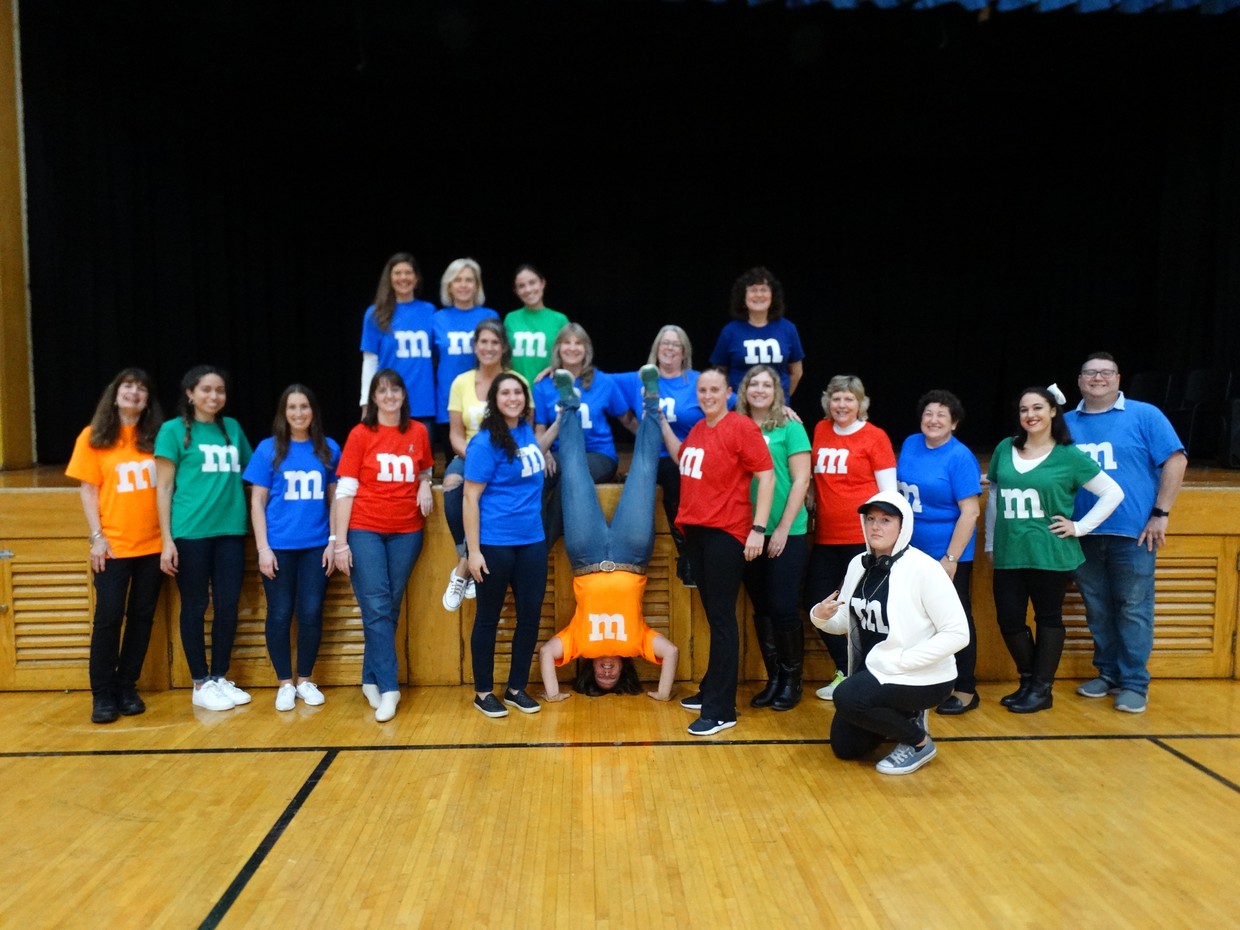 Central's Girls' Basketball Team had their tryouts and are ready to roll. The eighth grade players are Nikki Coleman, Emily Eggers, Jillian Gaydos, Madison Thievon, and Sofia Squizziato. The seventh grade players are Madison DiSarno, Katelyn Johnstone, Olivia Lapetina, Celia Pinto, Caroline Roberts, Delia Torpey, and Kelsey Unchester. The sixth grade players are Emilia Donovan, Mae Higgins, and Claire Roberts. Miss Sinnott is the coach, and she is excited about her second season. Their first game will be on December 5 against Boundbrook at home.

Central's Boys' Basketball Team has been selected. Try-outs were held on Monday, November 18th, and their first practice was the next day. Mr. Hockmeyer returns as coach and is looking forward to another successful season. The eighth grade players are Zachary Anderson, Patrick Clancy, Michael Di Sarno, Mason Moran, Brandon Munoz, Joe Oleske, and Andrew Stanton. The seventh grade players are Ethan Clayton, Patrick Coleman, Brendan Higgins, Ryan Higgins, Byron McCann, and Taithn Stanard. The sixth grade players are Tyler Gaydos and Timothy Robertson. Their first game will be on December 5 against Boundbrook.

The Central School Boys' Soccer Team made their way through the playoffs and achieved their goal of reaching the championship game. The team was skilled enough to qualify for the Morris County Tournament. The game’s first half ended with a 3-1 score, with our team leading. In the second half, however, Mendham made a comeback and won the game. The game ended in a score of 4-3. Mendham ended the game with a win, and our team suffered a close loss. However, this loss doesn’t take away from the fact that our team still worked hard enough to even win through the playoffs, get to the championship game, and almost win.

Central School will not have a cheerleading squad again this year because not enough girls signed up. Below is a photo of the boys' soccer team. 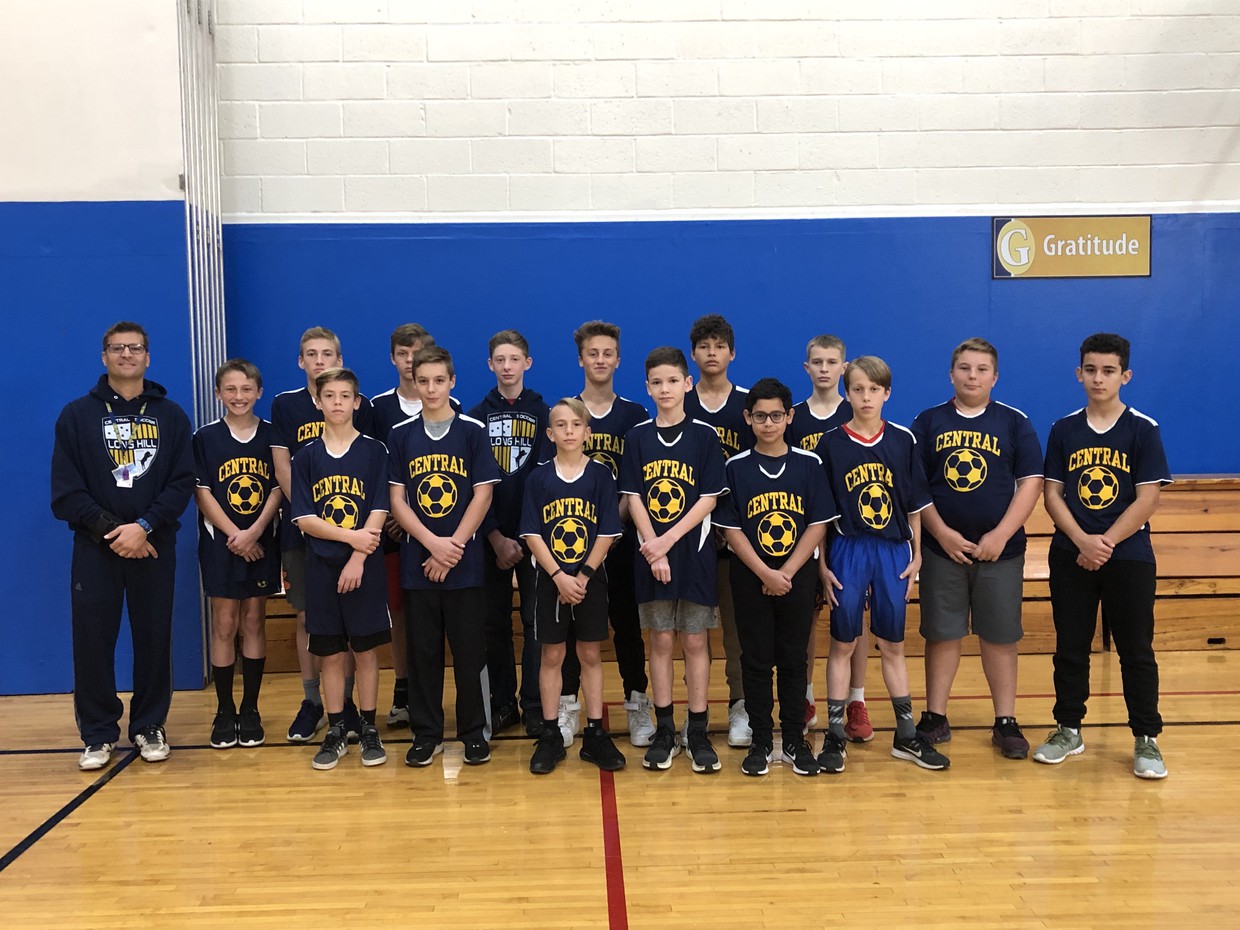 The History of Thanksgiving

We all know Thanksgiving is a time to see family, give thanks, and eat good food! We sit around the table and enjoy fun Thanksgiving traditions, but why? When and where did this all originate? It all began when the Wampnoeg Indians and the Plymouth colonists shared a fall feast. Then, on October 3, 1863, U.S. President Abraham Lincoln proclaimed that the whole nation should celebrate an official Thanksgiving holiday on November 26, 1863. This was in honor of a pivotal Union Army win at Gettysburg. He said, “Thanksgiving and Praise to our beneficent Father who dwelleth in the Heavens." Lincoln was persuaded that having such a national day of Thanksgiving would begin a "great Union Festival of America." So this Thanksgiving, when you pass the gravy, make sure to remember how Abraham Lincoln passed this beautiful tradition on to us. Happy Thanksgiving!