On Friday, 12/18, we honored your 2021 State Champion Unified Track and Field team. Unified Sports at Valparaiso High School is made possible through Champions Together, which is a collaborative partnership between the Indiana High School Athletic Association and Special Olympics Indiana. Unified Sports and Champions Together promote servant leadership among student athletes while changing their lives as well as the lives of those with disabilities. Below is the list of State Champion Athletes: 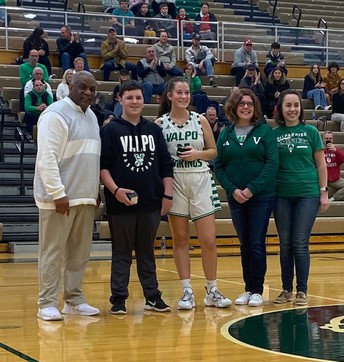 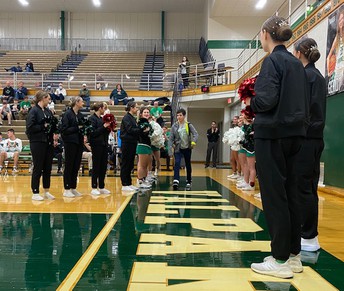 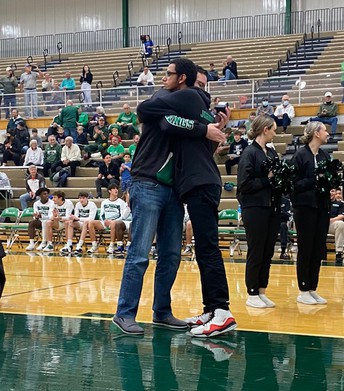 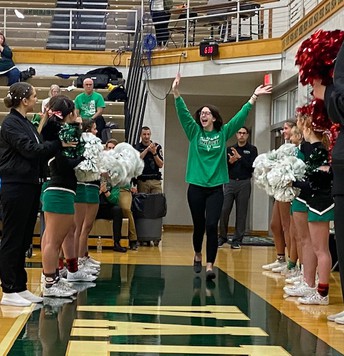 12/18 - The boys kicked off the Holiday season with games against the Elkhart Lions. JV lost a heartbreaker in overtime, 38-37. Varsity won 62-47. Mason Jones led the team in scoring with 16 points, followed by Blaine Dalton with 14 and Michael Flynn and Breece Walls with 11. Blaine also led in rebounds with 4.

12/20 - The JV team hosted the annual Holiday Tournament and left with the trophy! The Vikes played Merrillville in the opening game and won 57-31. Dwayne Smith had 14 points and Alec Platipodis had 12.

The Championship game had the Vikings against Lake Central. The final score was 51-41. Michael Ridley had 12 points and Matt Hofer had 10.

12/22 - Vikings traveled down to Carmel. Unfortunately, neither the JV nor the Varsity got wins. JV lost 36-49. Jaden Adams led with 9 points. The Varsity lost 32-45. Mason Jones led with 11 points, Breece Walls had 9 points and 3 rebounds and Blaine Dalton put up 6 points.

12/29&12/30 - The Varsity team traveled to Kokomo to play in the annual Phil Cox Holiday Tournament. The Vikings defeated South Bend Riley by a score of 65-42. Mason Jones led with 15 points followed by Breece Walls with 12 and Adler Hazlett with 9. The second game, Valpo saw the host team, Kokomo, and defeated them 50-38. Freshman, Jack Smiley, led the team with 18 points, followed by Mason Jones with 11. Unfortunately, the Vikings fell to Warren Cewntral, 52-57, in the final game of the tournament. Breece Walls was the top scorer with 12, followed by Mason Jones with 11. 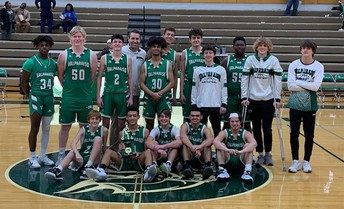 12/17 - The Lady Vikings took on the rival Chesterton Trojans. The ladies split the games, with Varsity taking the win. JV lost 37-31. Becca Cavanaugh and Micah Snider led the team with 6 points each. The Varsity won 59-37. Kristin Bukata led with 14 points followed by Becca Gerdt with 13 and Bolanle Ayangade with 12 points. Bo led the team with 8 rebounds.

12/18 - Both JV and Varsity won big over North Judson-San Pierre. JV won 30-17. Cousins Becca and Sophia Cavanaugh led the team with 6 points each. Varsity won 49-30. Becca Gerdt had a big game, putting up 17 points. She was followed by Bolanle Ayangade with 8 points. Amelia Benjamin led the team in rebounds with 6.

12/18 - The freshmen girls traveled to Penn and played both Penn and Goshen. Unfortunately, the girls were defeated in both games. Final for the Penn game was 20-27, Emily Seymour led with 10 points. The Goshen game ended 20-23. Cooper Evans led the team with 6 points.

12/21 - The JV team hosted the annual Holiday Tournament and were victorious! Game 1, Valpo over Lake Station 52-10. Micah Snider scored huge with 19 points. The Championship game was Valpo vs. Lowell. Final score was 50-40. Liv Hatch and Micah Snider shared the top spot with 11 points each.

12/23 - It was the Varsity's turn to host the Holiday Tournament. the girls unfortunately fell short in the final game losing to South Central. Game one were the Vikings vs. Knox, with an easy victory of 47-33. Emma Gerdt led with 16 points. Bolanle Ayangade had 14 points and 6 rebounds. Game two they were defeated 40-49. Becca Gerdt led with game with 12 points. Emma Gerdt and Bolanle Ayangade each had 10 points. 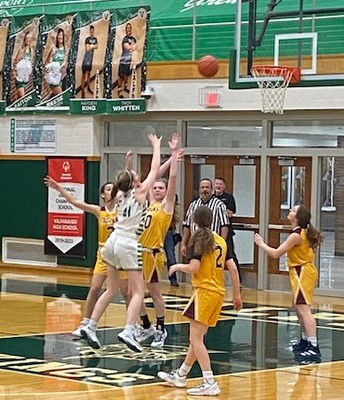 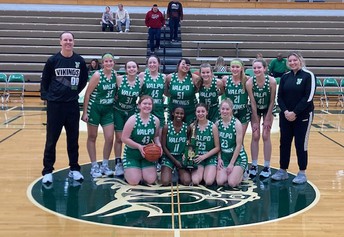 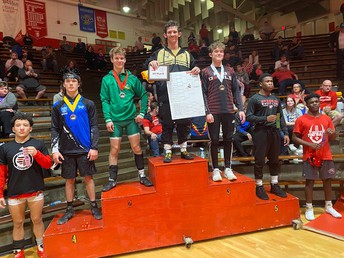 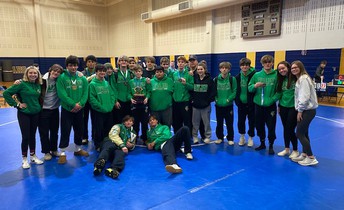 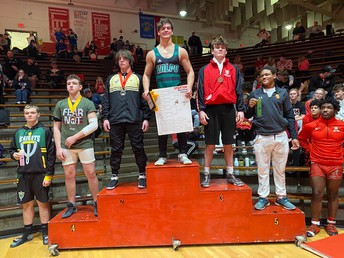 12/18 - In their first competition ever, the Vikettes placed first! The girls have already qualified for State with their victory at the Clark MS Invitational!

Cheer - Our cheer team pumps up the crowd at every home boys and girls basketball games! Thank you ladies and gentlemen! 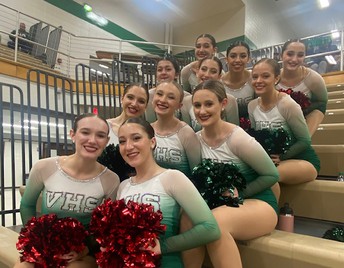 After their victory in competition, the Vikettes returned to perform at a Boys Basketball game. The cheer team performs at the Elkhart game on 12/18.

12/30 - At the Boys Highland Invite, the boys placed 2nd our of 4 teams scoring 562.5 points. Below are the individual winners: 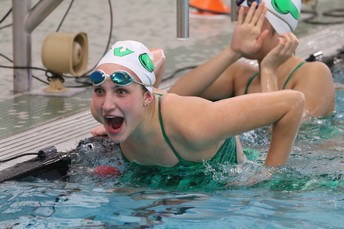 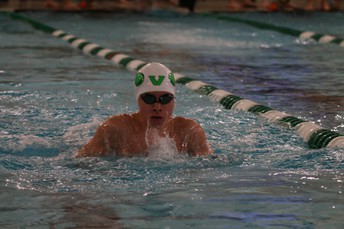 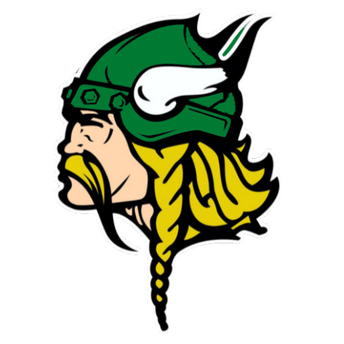 @AthleticsValpo
2727 Campbell Street, Valparaiso, IN, USA vcsathletics@valpo.k12.in.us 219-531-3080 valparaisohigh.valpo.k12.in.us/
Embed code is for website/blog and not email. To embed your newsletter in a Mass Notification System, click HERE to see how or reach out to support@smore.com
close