Genetics in the News - Cloning

Genetics in the News - Cloning

According to Merriam-Webster, Cloning is a plant or animal that is grown from just one cell of it's parent and has exactly the same genes as it's parent. Ever since the 1950's, cloning has been a huge topic of debate. Is it ethical to clone? For what reason's shall we clone? How is it even possible? Researchers have cloned a plethora of animals such as frogs, pigs and mice, but have yet to clone a human. Obviously, no species of animal or plant are the same. So how can researchers take what they've learned about these animal's genes and apply it to cloning a human? 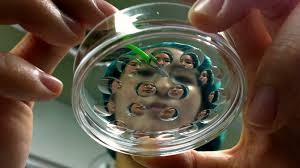 University of Utah's Genetic Department breaks down the process that goes into cloning. They first explain that Somatic cells are any cell in the body besides the reproductive cells, sperm and eggs, which are called Germ cells. These Somatic cells have two sets of identical chromosomes, while the Germ cells only have one set. They go on to explain that the nucleus plays a huge role because that is where the DNA is held. The DNA that it holds is divided into chromosomes. The information held here is enough needed to form an organism. Now for the actual cloning process to occur, a somatic cell is taken from the parent. Then they remove the nucleus and the DNA from the egg cell. Next they transfer the nucleus from the somatic cell to the new egg cell. After some chemical alterations, this new egg cell will act like a freshly fertilized egg. It will then develop into an embryo and will then be implanted in a surrogate mother to carry to term. This is called Somatic Cell Nucleus Transfer (SCNT). 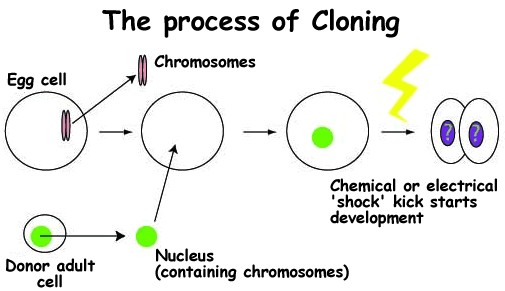 According to MerckvettManual.com, cloning has brought about many controversies such as animal cruelty, humans acting as a creator ("Playing God"), and human welfare. Animals are suffering from cloning because of the many surgeries they have to go through to get the cell, transfer it, ect (Hinrichs, 2014). Also, many species that are being cloned are put up for maximum reproduction to make as many of that specie as possible, then slaughtered (Hinrichs, 2014). Playing God is another ethical controversy brought about. Is it a human's place to build and destroy? Who says it's alright to build something out of virtually nothing? Many religious people saw a huge problem with this. Lastly, many people argued that cloning treats animals like an object rather than a living organism (Hinrichs, 2014). They believed that producing an animal in this kind of way shows no respect. Organisms being cloned are treated as though they are not a living creature. 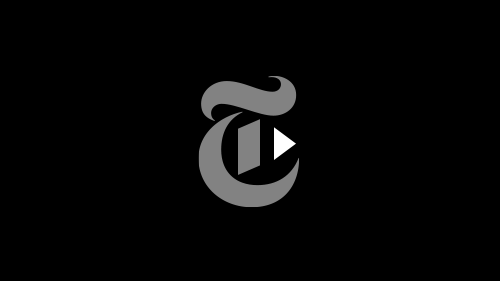 www.nytimes.com
In 1997, Scottish scientists revealed they had cloned a sheep and named her Dolly, sending waves of future shock around the world that continue to shape frontiers of science today.

According to PhillForHumanity.com, there are many reasons to clone. One reason to clone is that it can save thousands of lives through stem cell research by Therapeutic cloning. Therapeutic cloning is the cloning of human cells, tissues and organs. By doing this, there is a guaranteed genetic match to prevent organ rejection and does not require immunosupressive drugs. In this type of cloning, the embryo only lives about 4-5 days before it is killed for it's stem cells. This type of research is still in it's early stages because of controversies. Another reason to clone is for reproductive purposes. Reproductive cloning is making a copy of another organism through Somatic Cell Nuclear Transfer (SCNT) as discusses previously. This type of cloning allows us to make clones of animals for consumption purposes. Some researchers even want to use this type of cloning for the use of endangered species. 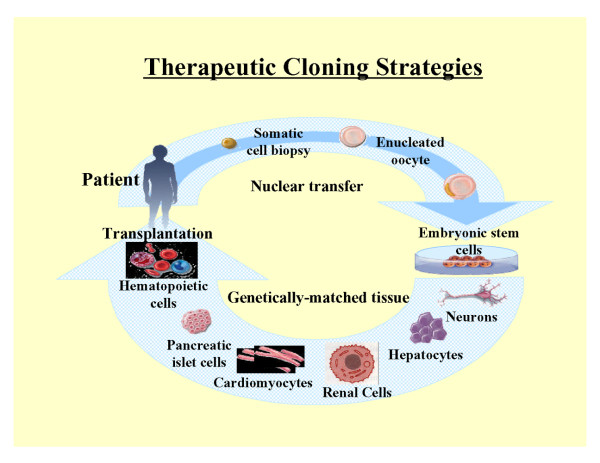 Cloning is going to change the face of medicine. Therapeutic cloning and it's stem cell research has the ability to treat many life threatening disease. Scientists can grow new tissue, cells, or organs from these stem cells and use them to treat diseases such as Alzheimers, AIDS, Parkinson's Disease, ect. To do this, researchers take "cells from the patient, creating totipotent cells from the blastocyst using nuclear transfer techniques, differentiating the cells into the necessary tissue type, multiplying the cells, and implanting the cells back again" (Pedro, 2014). With therapeutic cloning, it is also possible to "correct genetic errors in the stem cells and therefore provide new treatments for patients with genetic diseases" (Pedro, 2014). Stem cells could also be used to replace dying neurons in individuals with Alzheimer's Disease and could very likely reverse the process (Pedro, 2014). Overall, cloning is going to have a huge effect on the future of medicine. Therapeutic cloning could save the lives of thousands.

Nurses would play a tremendous role if and/or when humans are cloned. Cloned humans would likely face many psychosocial and physiologic issues. Nursing is centered by human well-being, empathy, and quality of care. It would be our job to help these people in any way we could. We would be their advocates, their caregivers, their counselors, their educators, and their protectors (Dinc, 2012). We wouldn't take part in the procedure, but we would definitely be there at the end.

Cloning is a huge topic of today's day and age. Researchers have started out cloning with animals and plants, but could very soon be cloning humans. Many people didn't think this was possible, but with the Somatic Cell Nuclear Transfer (SCNT) method, it is very possible. Many people don't think it is our place as humans to clone something. They believe it is inhumane and unethical, that researchers are taking science too far. If we look deeper into cloning though, we see that we can use it for consumption purposes when cloning animals in mass amounts. We can also see that we can treat life threatening diseases such as Alzheimer's and Parkinson's Disease through therapeutic cloning and stem cells. With these connections, doctors will be able to better treat patients with diseases.

Reasons For and Against Human Cloning. (2015). Retrieved November 28, 2015, from http://www.philforhumanity.com/Human_Cloning.html

What is Cloning? (n.d.). Retrieved November 28, 2015, from http://learn.genetics.utah.edu/content/cloning/whatiscloning/