Creation of Caribbean Makerspaces (Onsite, Virtual and Mobile) in Libraries for the Benefit of All

Theoretical characteristics of the Makerspace movement and its applications to libraries,
with examples of onsite and online environments,
and presentation of the BLAB and Mobile Makerspaces
at the Biblioteca Nacional Aruba. 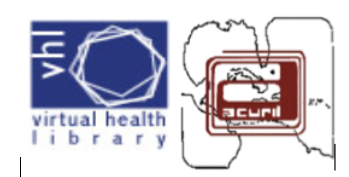 New Cataloging Data Entry Competencies for the Virtual Health Libraries In the Caribbean.

What You Can Expect:

In agreement with the procedures for Nominations and Elections of Executive Council members in ACURIL, the Executive Council Nominating Committee, chaired by Dr. Berthamae Walker, Vice-President (2019-2020), along with Councilor members Ms. Anne Pajard, representing the University of the Antilles Libraries – French language sector, and Mrs. Jeannette Lebrón-Ramos, representing the ACURIL Puerto Rico Chapter, Spanish language sector, selected the full slate of nominees for the Executive Council, to fill vacancies in the categories of Institutional member, Association member, and Personal member, as follows:

Association Member
The Digital Library of the Caribbean (dLOC), with representation by Mr. Miguel Asencio has ended its term in service on the Executive Council. The Library and Information Association of Jamaica (LIAJA) with representation by Mr. Nicholas Graham has been nominated to fill this vacancy on the Executive Council. The Library Association of Jamaica is in good financial standing. And has accepted the nomination. The election is for 2 years (2019-2021).


NOMINATIONS FROM THE FLOOR

Submission of other Nominees for the Executive Council can be presented from the floor.
Place: Executive Secretariat & Treasury Table of ACURIL, Renaissance Aruba Convention Center

Timetable for Nominations from the floor

Delegates, representatives of institutions, may nominate fellow delegates to the Council, up to date on their dues. If elected, Members shall have a term of 3 years in the Council, unless they are completing the vacancy of an institutional council member.

Delegates, representatives of associations, may nominate delegates to the Council, up to date on their dues. If elected, members will have a two-year term in the Council.

Personal members may nominate personal members, up to date on their dues. If elected, they will serve for the term of 2 years in the Council.

BECOME AN ACURILEAN AND BE PART OF THE HISTORY