Get email updates from Eunice:

Here we are, given special permission to see Jenna Fox, a 17 year old that was saved by her father, who went through illegal approaches just to save his daughter. But now that it is done, there is no way back. Here is...Jenna!

Reporter: What was it like to wake up after a year?
Jenna: It was scary. I didn't recognize my mom or dad, and I had no memory. The worst part, I had forgotten so many things, and I could remember exactly, word for word, the French Revolution!
Reporter: Wow. How did the memories come back?
Jenna: I don't know. A few days later, and I could remember drowning in a lake when I wasn't even two! Later I remembered kissing Locke, and that I had friends.
Reporter: Did you make any new friends?
Jenna: Yes, at school. There were only four kids in the group. Gabriel, Allys, Dane, and Ethan.

Reporter: Why did you want to go to school?

Jenna: I had only one friend at that time, Mr. Bender, and I wanted to make new ones. But it was hard for me to keep the secret on how I was made out of Bio-Gel. I sort of let it out.

Reporter: How did you find out how you were made out of Bio-Gel?

Jenna-I first got the key to my mother's closet, then lied to her, saying that I would be taking a walk. After opening the closet, I saw three computers, each a six-inch square block, and what freaked me out was, the middle one had my name-Jenna Angeline Fox. At that time, I thought that in my "computer," there was my history, and that my computer should be in my room. But it was secured by a metal bracket, and it won't pull free. While I was trying to get it out, I cut my hand, and since it was deep, I saw the Bio-Gel.

Reporter: How did your parents explain the Bio-Gel?

Jenna: My dad came to Boston to explain it to me, but I felt like my parents were still hiding stuff from me.

Reporter: What did you do with the back-ups?

Jenna: I threw them into the pond.

Jenna: Because I wanted one Jenna Fox, one Locke Jenkins, and one Kara Manning. I wanted one of a person, not several.

Reporter: Did any of your other friends go through why you have?

Jenna: Allys was sick, and her organs were malfunctioning. My father preserved 22% of her brain, and she now lives with me.

Reporter: How is life today?

Jenna: I live with Allys and my daughter Kayla in Mr. Bender's house. Life is good, and we travel around the world to raise awareness of us. But there are things that I still need to find out, like...I can't find the back-ups anymore! I wonder who may have took it. 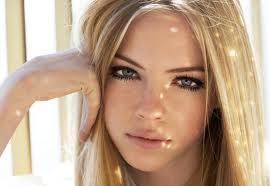 New Laws in the Country

The Congress passed a new law on July 23, 7259 stating that doctors and surgeons may not replace the organs of a person. Since many people think that this is unfair, the congress passed another law on September 2, 7259 that doctors may replace any body part except the brain. People may donate body parts, or the doctors can give people artificial limbs. Skin may be grown in labs, although making a human is illegal. Cloning is also illegal, although Bio-Gel is not. Please stay tuned for more National News in the Country.

Obituary-To Honor the People That Passed Away

Locke Jenkins, age 16, died two weeks after a car accident that was evidently driven by Jenna Fox, also 16. Investigators say that the accident involved reckless driving at high speeds lead veering off Route 93 and tumbling 140 ft down the steep incline. When Locke did not regain consciousness after the accident, he died.
During his childhood, he was best friends with two girls: Jenna Fox and Kara Manning, another passenger in the car. His hobbies include: swimming, playing basketball, and just hanging out in the woods. He also liked partying at night when his parents were sleeping. Some people say that Locke was in love with Jenna before the accident that took his life away.
We will mourn for the boy who died at this young age.

The Funeral of Kara Manning and Locke Jenkins

The burial of Kara and Locke will say farewell to these young beings.

(This is a fake event since this is a project so don't go there...it is in the future anyway.)