"The Lion Saves Forests in His Sleep!"

Theodore Roosevelt, the identity behind the Ol' Lion, once again defeats the Carbon-Dioxide-Maniac after an intense battle for the last of America's forests.

The Carbon-Dioxide-Maniac was able to suffocate the Lion while he was fighting to protect the 230,000,000 acres of public land. The Lion was outnumbered by the Maniac's team. The Maniac invited miners and lumbermen to clear the regions, one by one, but The Lion would have none of this. The Lion made a "deal with the Devil" to sacrifice himself as long as the regions of land remained as national forests.

David Graham Phillips, better known as The Teller, helped spread the word to help bring an army of volunteers to preserve the forest. But the reinforcements did not make it in time to back up the Ol' Lion. (sidekick). His journalism techniques brought the country to an uproar. The battle between the Carbon-Dioxide-Maniac and the Ol' Lion split the country.

The Carbon-Dioxide-Maniac got its name from the association of greenhouse effects and the destruction of the environment. The Maniac was not always this evil. The battle truly began when only 25% of the nation's forests remained. The Maniac has brought over speculation, inflation in the lumber market, forest fires, near extinction of the Bison, and destruction to many of the natural habitats and irrigation.

It was only a matter of time when The Lion's spy, "The Little Bull Moose", who would disguise himself as a Bull or a Moose and would keep an eye on The Maniac, found out. The Lion enforced the 1906 American Antiquities Act to keep things in order. It wasn't until today, July 1919, when the Maniac got out of hand, and The Lion sacrificed his life for the good of the wildlife! 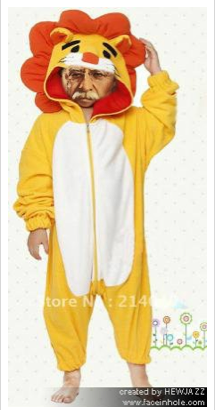 Follow Eric Trevino
Contact Eric Trevino
Embed code is for website/blog and not email. To embed your newsletter in a Mass Notification System, click HERE to see how or reach out to support@smore.com
close