Lenina says this quote when she is remembering when she was small and would wake up to the hypnopaedic messages in her ears. This quote just shows the real hypocrisy about ho the population in the world is conditioned. Even though "everyone works for everyone else", certain groups of people enjoy it more than others. This can also be seen in today's modern society as well.

True Life: Living in a Dystopia

We could be living in a dystopian world right now, and we wouldn't even know it. In the article Why Modern Society Would Appear Completely Dystopian to a Visitor from the Past, Dvorsky gives specific characteristics that give our world a dystopian feel, such as interracial unions, in-vetro fertilization, factory work, and more. One of the dystopian characteristics that really stood out to me was lack of privacy. Dvorsky stated that "Privacy is dead. We like to think that it's not, but it's dead." This is so true, especially when relating to the internet and the entire cyber world. Pretty much anything you put on there is out for anyone to see, which can be scary to think about.

I read another article called American Dystopia More Reality than Fiction, and something that really made me think was when I read about The Hunger Games and basically in the plot of The Hunger Games, teens-well mostly teens-fight each other to death, and I realized that this happens in our world as well. There are so many instances where teens are putting other teens down and it gets to the point where people are killing themselves because of what others say.

Basically, our world could be crumbling right in front of our eyes, yet we are too blinded by the present to actually look and see into the future. Yeah, dystopias may seem perfect and the right way to go, but it's not like the movies. We may not be here to expirience what could be the next depression, but do you really want your children or grandchildren going through that? 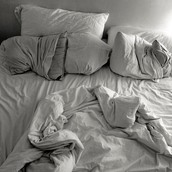 All we seem to do is talk about sex..

One of my all time favorite songs is "Sex" by and alternative British band called The 1975. It's a '"romantic" song and is described as being about "your typical, prudish seventeen year old girl who doesn't know what she wants" by the band's lead singer, Matty Healy. I thought it literally fit perfectly with the the them of Brave New World. As you can see from the title, the song is about sex. The lyric in the song that basically summarizes the story of Brave New World is "All we seem to do is talk about sex..." That is really what they do in the book. The song has a really catchy vibe that the people in Brave New World would probably enjoy.

"If thou dost break her virgin knot just before all sanctimonious ceremonies may with full and holy rite..."

This quote comes from The Tempest by William Shakespeare. It is also scene in chapter 13, page 191 of Brave New World. In The Tempest, during this scene, Prospero is talking to Ferdinand about having his daughter, Miranda. He is saying that Ferdinand can marry her but they must remain abstinent, and if they don't, the heavens won't bless their relationship. In Brave New World, John agrees with abstinence and that is why he isn't having sex with Lenina when they aren't married. 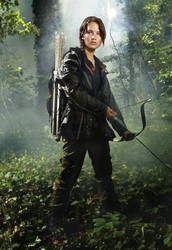 The Girl on Fire

I think Katniss Everdeen from The Hunger Games would like living in our society. We live in a very free world compared to how she lived in District 12. I really think she'd love being able to go where she wanted without having to worry about the people at the capitol. We are also a lot better of than most of the districts are.

Come hunt for some meat to get on the barbecue!