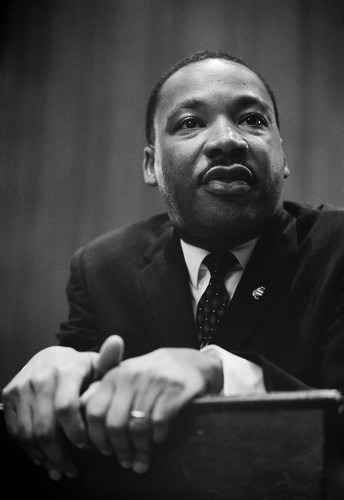 The Power of Peace

Today, January 18, is a holiday recognizing the birthday of Dr. Martin Luther King, Jr. Reverend King was a central figure in the Civil Rights Movement promoting non-violent activism as a means to protest racial discrimination and bring about change in federal and state laws. Dr. King was influenced by the teachings of Mahatma Gandhi, learning about the power of peaceful protests through Gandhi’s non-violent resistance against the British Empire.

Mahatma Gandhi once said, “If we are to teach real peace in this world… we shall have to begin with the children.” Maria Montessori, a great admirer and personal friend of Gandhi, agreed and recognized that peace begins with the individual child. Dr. Montessori felt strongly that establishing peace was the work of education. The goal of her educational method and philosophy was to create peaceful children who would become adult peacemakers in a world filled with conflict.

In the Montessori environment, Peace Education is just as much a part of the curriculum as reading, writing, and arithmetic. At all levels, children learn about respect for self, others, and their environment. Grace and courtesy lessons begin early along with peaceful conflict resolution skills. Montessori children learn that peace is not the absence of conflict, but rather the willingness to work out conflicts peacefully.

Recent research by Harvard Professor Erica Chenoweth (published in her book “Why Civil Resistance Works: The Strategic Logic of Nonviolent Conflict”) has shown that nonviolent movements in the period from 1900 - 2006 were far more successful than violent ones. Furthermore, her findings indicate that even failed non-violent movements ultimately led to longer-term, more broad-based change than violent campaigns.

In the tumultuous times in which we live, examples of peaceful activism like that of Dr. Martin Luther King, Jr. are needed more than ever. To truly promote peace education, we must talk about it. So, on this MLK holiday, take a moment to talk with your child about peace and the power it has to transform the individual... and the world. Who knows, you may even learn a thing or two from them! 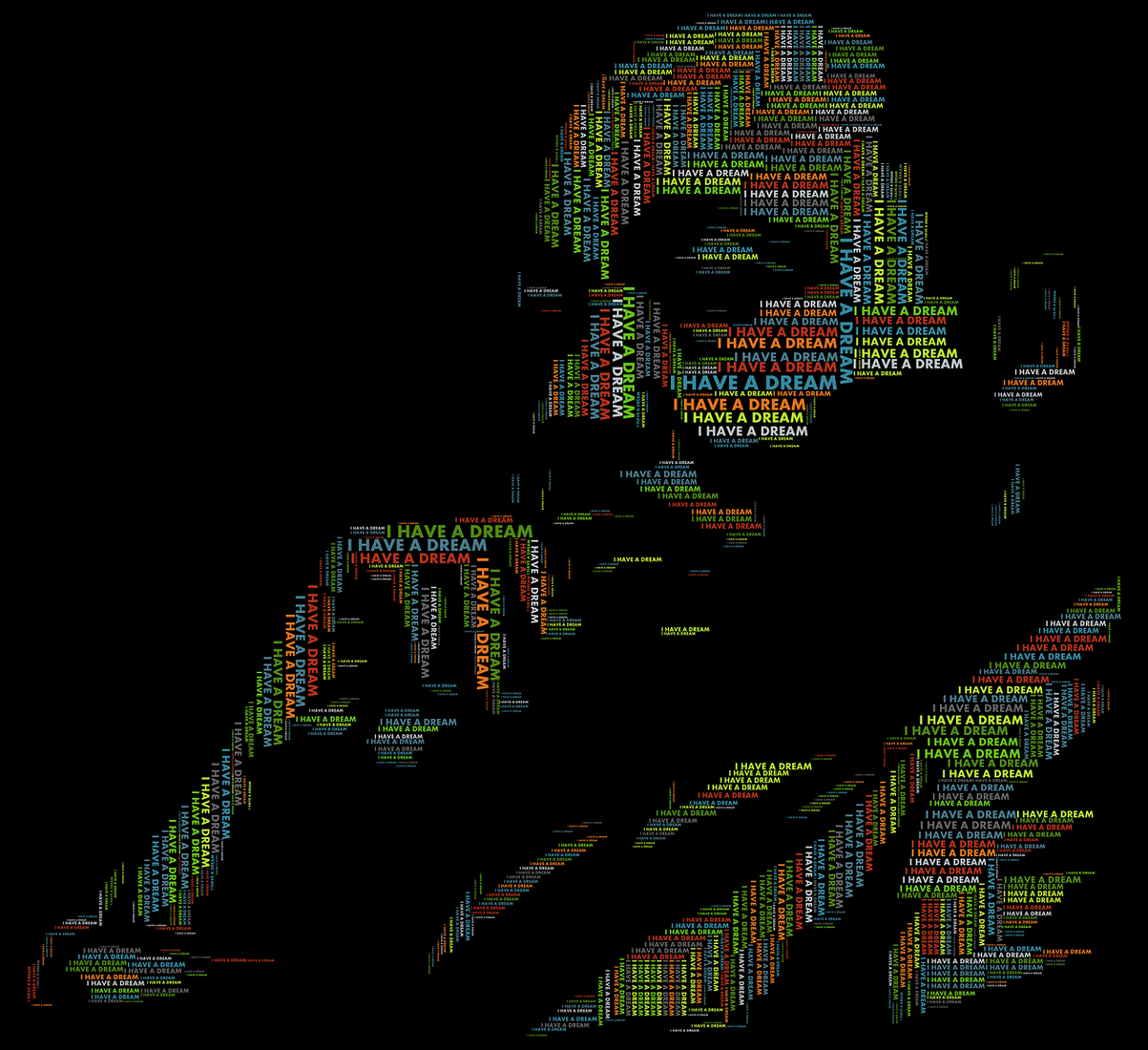 Remember that you can always check the MSA website calendar for upcoming calendar events.

In a demonstration of the polarity of water, Mr. Saunier statically charged a section of PVC pipe by rubbing it with a wool cloth. He then held it near a stream of water running down the sink, and the water bent around the pipe!

Students in the Upper School have been spending their community service time this year constructing supplies that may be donated to the community since travel to remote community service opportunities has been suspended this year. The students have made nine no-sew blankets to donate to those in need so far this year! 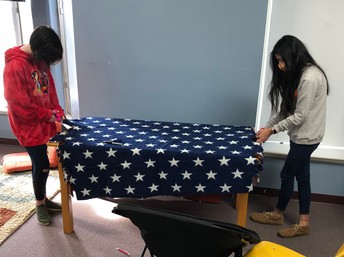 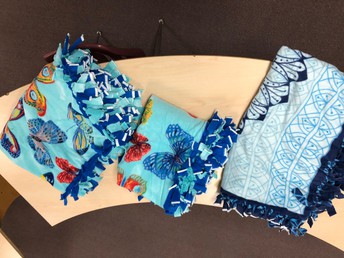 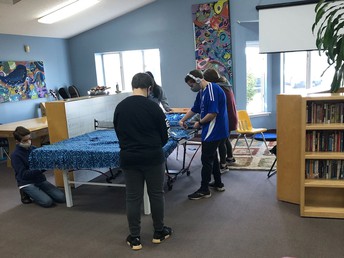 You may have noticed the nicely trimmed lantana bushes along the main building this week -- that was one of this week's Upper School horticulture projects. You can see from the picture below that it involved a lot of trimming! 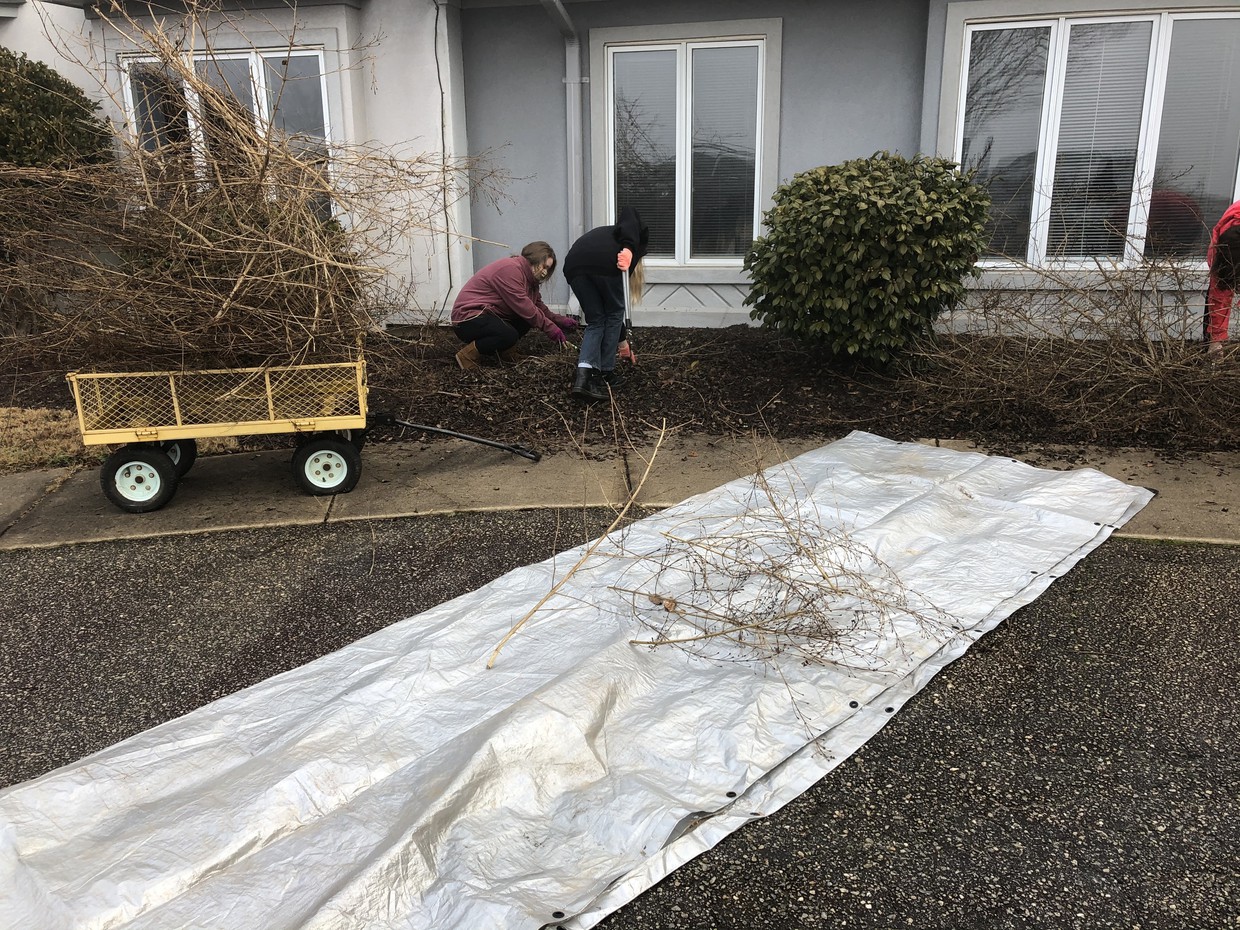 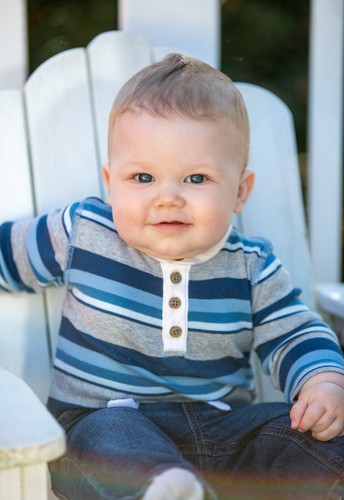 Yearbook order forms were sent home over the weekend. January 29 is the last day to order to receive the lowest price of the year, just $35, and to order yearbook personalization. Please return your completed order forms along with payment made out to MSA to your child's teacher or to the front office. The yearbook features students at MSA from infants through high school! 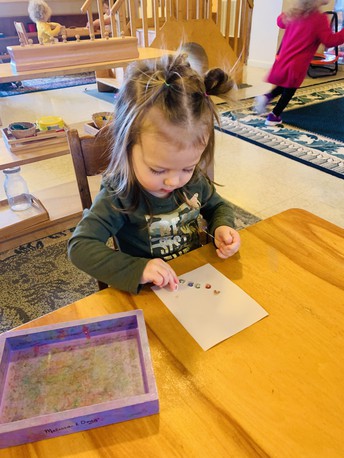