Providing A High Quality Education for ALL Students of MCSD

Providing A High Quality Education for ALL Students of MCSD

Congratulations to the Overall Champion (and for the 4th year in a row), JDP, at the 31st Annual Russell Holloway Track and Field Day. 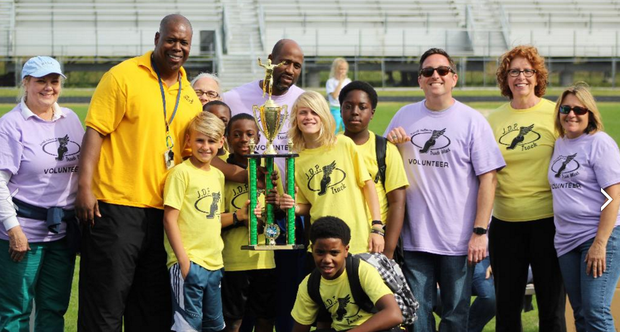 Staff and students at PWE dressed up like rock stars because “Literacy Rocks our World!" Why Kindergarten Is The New First Grade

CTE Student of the Year - Irina Staszweski of AMS

AMS is proud to recognize Irina Staszewski as their CTE Student of the Year! Irina has demonstrated exceptional success in both the Medical Science and Information technology programs at Dr. David L. Anderson Middle School for the last three years. 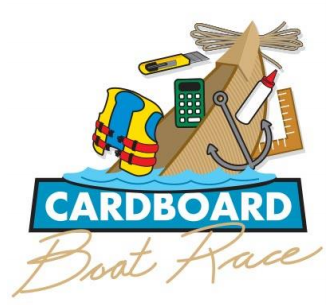 January 9, 2016 was the first annual Cardboard Boat Race between J.D. Parker and Pinewood Elementary schools. Students in grades 3rd, 4th and 5th were asked to build a two passenger boat and paddles entirely of cardboard and duct tape, using the engineering design process. With assistance from an adult team member, they competed in a race at the Martin County High School Pool. Teams were timed for the final results.

To kick off the event, the Principal and Media Specialist of each school raced. Awards included an Overall Fastest team award and first, second, and third place winners for each school. In addition each school had a Titanic award and Spirit award.

The finale was a race between Michelle Heath, STEM lab teacher at Pinewood, and her cohort Jackie Brownie, STEM Lab Teacher at J.D. Parker, in some very small cardboard boxes. The finale was enjoyed by all, eliciting more than a few laughs!

Michelle Heath states, "When we started this project, we didn’t know what to expect and I admit I was so impressed with the creativity and positivism of both schools. Our number one goal was to encourage family fun and teamwork in the name of STEM. I feel quite confident that was achieved and I can’t wait until next year. However, I think this idea is going to spread and you might see another boat race from some other elementary schools in Stuart coming soon."

Pinewood Elementary School saw yet another initiative come to fruition. Title 1 dollars were used to purchase a laptop for every fifth grader. These laptops will be used on a daily basis and the students will be able to use “their own personal” device to take the state assessment (FSA) in March and April. The long range goal would be to purchase devices for fourth and then third grade students.
5200 Southeast Willoughby Boulevard, Stuart, Florida 34997, United States greenl@martin.k12.fl.us 772-219-1595 pwe.martinschools.org

Kudos to the 7th grade students from Ms. Ortner, Ms. Oughterson, and Ms. Register's classes who participated in the Civics Bowl. These students demonstrated a great command of their subject, and the competition was fierce!

A special commendation goes out to the Black Ghosts team from Ms. Ortner's class. They were the champions! Team members were Hannah Roebuck, Ryan Stone & Lisamarie Cruz. The Cheetahs team from Ms. Oughterson's class came in a close second. Jaime Kent, Michael Kozik-Brown and Aurora Stone were on the Cheetahs team.

We applaud all of these students and their teachers for a very successful Civics Bowl!

A special thanks to Ms. Boyar and Ms. Neel for serving as judges, and Ms. McMurry and Ms. Piasecki for coordinating this terrific event. The AMS PTSA provided $25 gift cards for the three students on Ms. Ortner's Black Ghosts team.

Pinewood parents and guardians are invited to join Pinewood Elementary Literacy and Math Coaches for Coffee Chats on the first Thursday of each month.

Please see the following schedule of topics. We look forward to having learning discussions with you while enjoying a morning cup of coffee.

Port Salerno Talks! Empower yourself with the tools to help grow your child’s language abilities!

Facebook
Research shows that when families engage their children in high levels of quality verbal interactions in their home language their children have higher vocabularies, are more advanced readers, and receive higher test scores!

Interested in building your child’s brain using the power of language?

Come join your neighbors in learning activities such as games and puzzles that can help increase the quality of interactions you have with your child. Provided in each class will be materials you get to take home. Each family will be paired with a coach that will work with you to increase the quality of verbal interactions you and your child share. Families will also receive individualized attention during monthly home visits where additional activities and games are shared.

Location: Once a month at Port Salerno Elementary School

Participants: Open to Port Salerno families with children through age 4

Cost: FREE! There are a limited number of spots available.

Reserve your spot by signing up today! If you are interested in learning more or signing up please contact Cristina Smith by phone at 772-219-1610 ex. 142 or by email @ smithc1@martin.k12.fl.us.

www.readingrockets.org
Is there anything more fun than getting mail? Get kids interested in reading with a subscription to one of these magazines recommended just for kids ages 0-9. Pictures, short stories, and activities open the door for even the most reluctant readers. Magazines can be a way for kids to relax with a good story on their own time â at home, after school, or in the car. And it gives them something to look forward to in the mailbox! 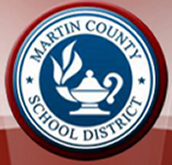 500 East Ocean Blvd., Stuart, Florida 34994 khanals@martin.k12.fl.us 772-219-1200 martinschools.org/pages/Martin_County_School_District/General_Information_2/Department_Groups/Title_I
Embed code is for website/blog and not email. To embed your newsletter in a Mass Notification System, click HERE to see how or reach out to support@smore.com
close
Powered by Smore
Powered by Smore