Get email updates from jose:

Biochemistry is one of the many branches of science and it is also known as Biological Chemistry. It is the science that focuses on the chemical processes in living organisms. Biochemists also have to know and understand the chemical and living world. There are many Biochemists but here we are just gonna focus on three: Rudolph Marcus, Melvin Calvin, and Hans Krebs. 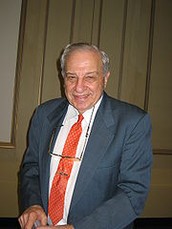 Marcus was born July 21, 1923 in Montreal, Quebec, Canada. He is the son of Esther Cohen and Myer Marcus. His interest in science began at young age, he excelled at mathematics at Baron Byng High School. After high school he went to McGill University under Dr. Carl A. Winkler, who had studied at Oxford University. Marcus took way more mathematics classes than he was supposed to in McGill but all the work would later aid him in creating his theory on electron transfer. He started teaching at the University of Illinois and from there he is now a professor at Caltech and Nanyang Technological University, Singapore. He later won the Nobel Prize in Chemistry. 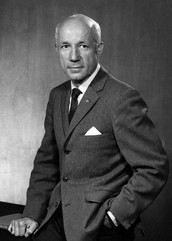 Calvin was born April 8, 1911 in St. Paul, Minnesota. He is the son Elias Calvin and Rose Herwitz, Jewish immigrants from the Russian Empire. As a small child Calvin's family moved to Detroit, he graduated from Central High School in 1928. He earned his Bachelor of Science from the Michigan College of Mining and Technology in 1931. He also earned his Ph.D in chemistry in from the University of Minnesota in 1935. In 1942 he married his wife Genevieve Jemtegaard and had 3 children. He is known for creating the Calvin-Benson-Bassham Cycle with Andrew Benson and James Bassham. Calvin won the Nobel prize in Chemistry in 1961. He wrote an autobiography later named Following the Trail of Light: A Scientific Odyssey. Calvin died January 8, 1997. 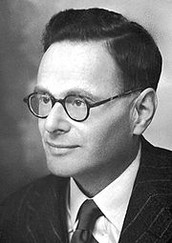 Krebs was born in Hildesheim, Germany, on August 25th 1900. He is the son of George Krebs and Alma Davidson. Krebs studied medicine at University of Gottingen and Berlin in the years 1918 and 1923. In 1925 he earned his M.D. degree at the University of Hamburg and then went to Berlin to study chemistry for a year. He returned to hospital work in 1930 at the Municipal Hospital at Altona. In 1954 he was named the Whitley Professor of Biochemistry at the University of Oxford. He got married to Margaret Cicely Fieldhouse from Yorkshire in 1938. They had 3 children 2 sons, Paul and John, and a daughter named Helen. He is known for the "Krebs Cycle" that earned him the Nobel Prize in Physiology or medicine in 1953.

www.encyclopedia.com
Encyclopedia.com â Online dictionary and encyclopedia with pictures, facts, and videos. Get information and homework help with millions of articles in our FREE, online library.