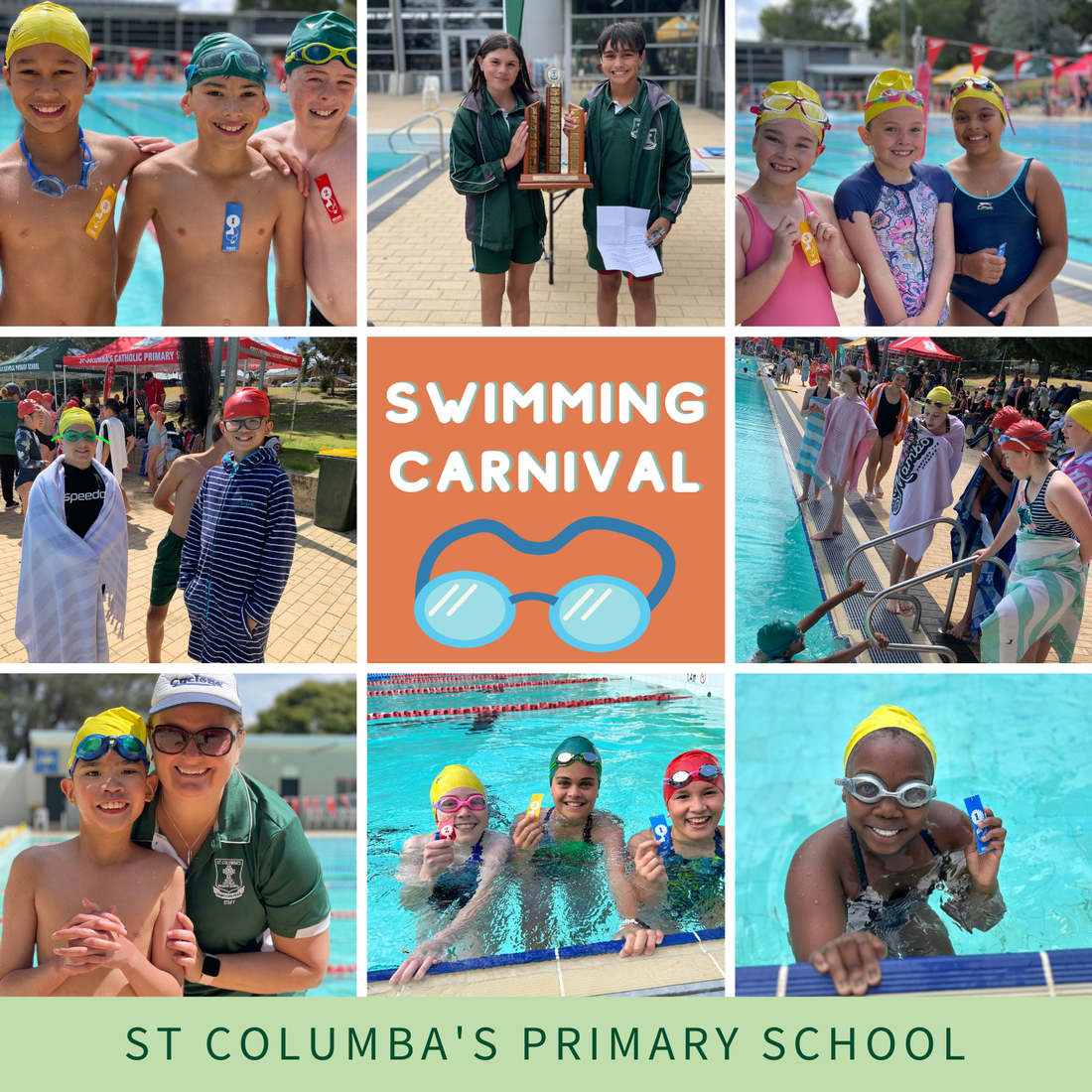 Our prayers and thoughts are with Monsignor O’Loughlin who has had a family member undergo a serious operation yesterday. These times are not always easy and the support of friends and family is always much appreciated.

Many thanks to Mr Chatt for organising the swimming carnival yesterday. The students were outstanding participants and are to be congratulated for their efforts. It was great to see students so encouraging of those participating in events. We were also very lucky to have had such good weather on the day.

Unfortunately, even though the swimming carnival was a great success, there was an error

with the inputting of results from one of the Year 6 girls’ races. This resulted in the incorrect announcement of the runner up when the championship points were tallied. This has led to the actual runner up, Isobel Williams, not being recognised as the Year 6 girl runner up in front of her peers. My apologies to both girls that this has happened. Unfortunately, there are times when human error occurs when inputting data into a laptop and even though there were two people involved, an error was made. Isobel Williams will be recognised in front of her peers at the next school assembly as the Year 6 runner up at the Swimming Carnival. The school would like to apologise to both girls for any hurt involved.

There will be a special P&F meeting immediately prior to the P&F ACM meeting on Tuesday, 8 November. This meeting is required as the P&F have to have minutes that they are moving to the new P&F model that CEWA have mandated.

The meeting will take approximately 10 minutes. The P&F ACM will be held immediately afterwards and all positions will be declared open, and those who have nominated for positions to the Executive elected by vote. Please find nomination forms below.

Dad’s Campout is this weekend. Many thanks to Todd Dawson for the work involved in making it happen and also to those who have been helping and will be taking over from Todd who will be stepping away from the role after this campout.

I am advising families that CEWA have indicated to St Columba’s, that in 2023 there will be no increase in school fees, instead there will be a decrease in the cost of school fees, the amount still to be determined. Families will be advised at the ACM of the figure for 2023.

Thank you to the many grandparents who joined us in Kindy for Grandparents' Day on Wednesday and we look forward to seeing grandparents of the older students tomorrow.

Tomorrow is World Teacher’s Day and we thank the staff here at St Columba’s for their dedication and commitment to teaching.

ICAS have advised St Columba’s this week that the ICAS Maths Testing certificates and results have been delayed. The expected arrival date is approximately 3 weeks. ICAS apologise for the delay. The school will inform parents as soon as the certificates arrive for distribution.

I will be away on Monday working at CEWA and Mr Yock will be in charge during my absence.

A reminder, students will finish this term on Friday, 9 December.

Students will start school in 2023 on Wednesday, 1 February. 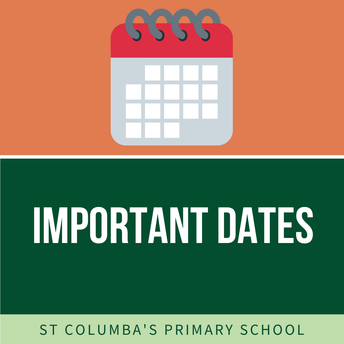 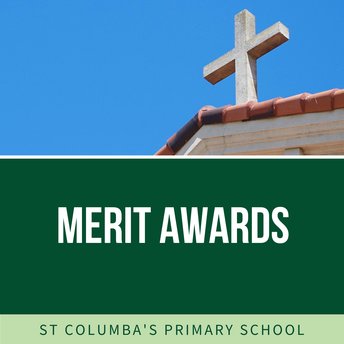 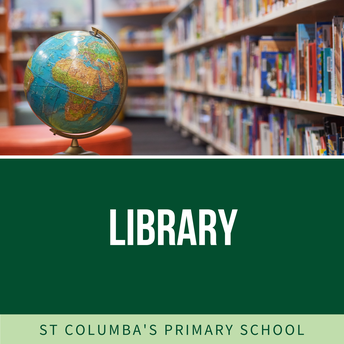 Tomorrow, Friday 28 October, we will celebrate World Teacher’s Day. We acknowledge the hard work and dedication of our staff at St Columba’s and thank them for their commitment to our school. 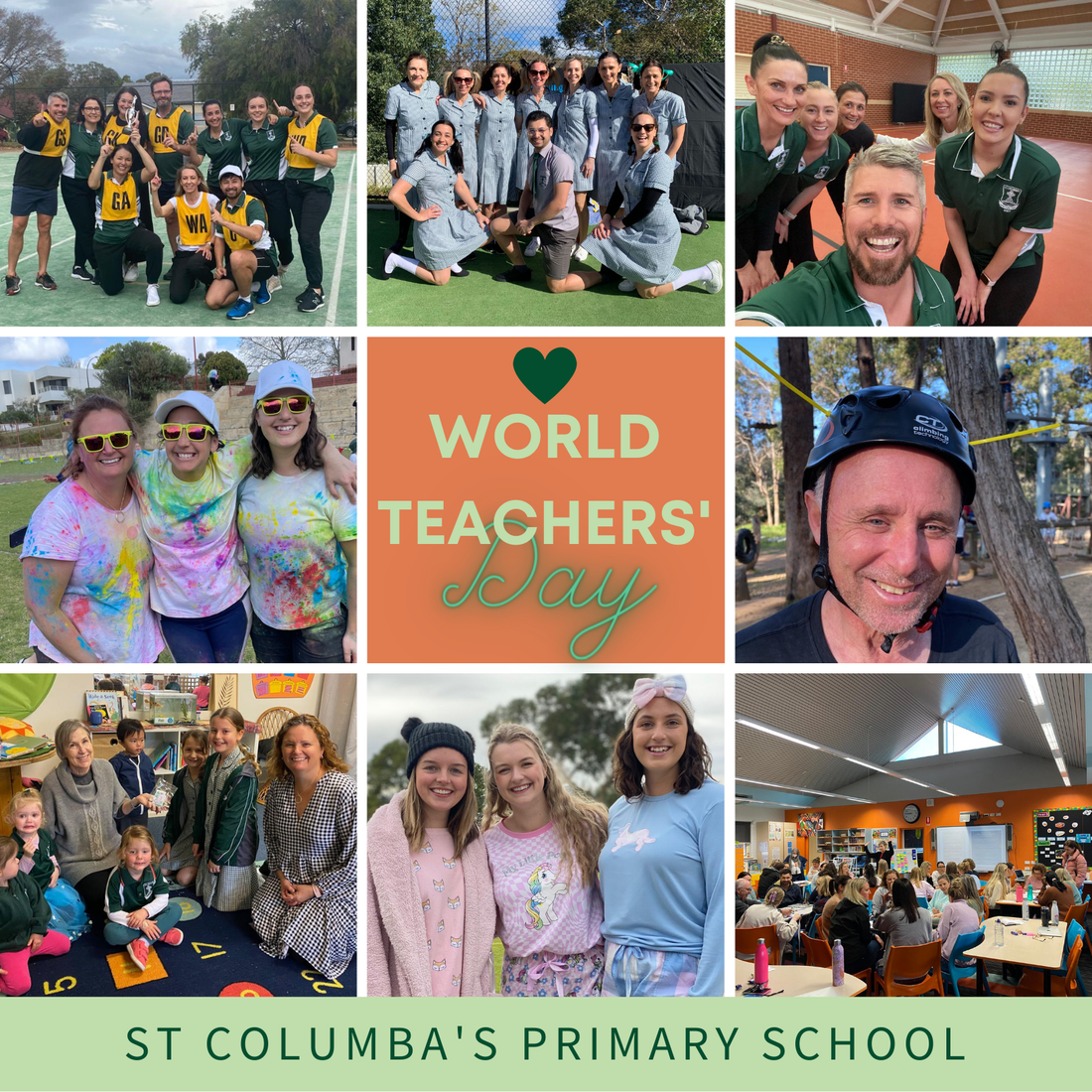 The P&F will sponsor the Kidz in Sport sessions at lunchtime this term for students in Years 1-6.

Sessions will take place on the tennis courts and cover a range of sports and skills.

Students are welcome to wear their sports uniform on their Kidz in Sports Day for the remainder of the term. 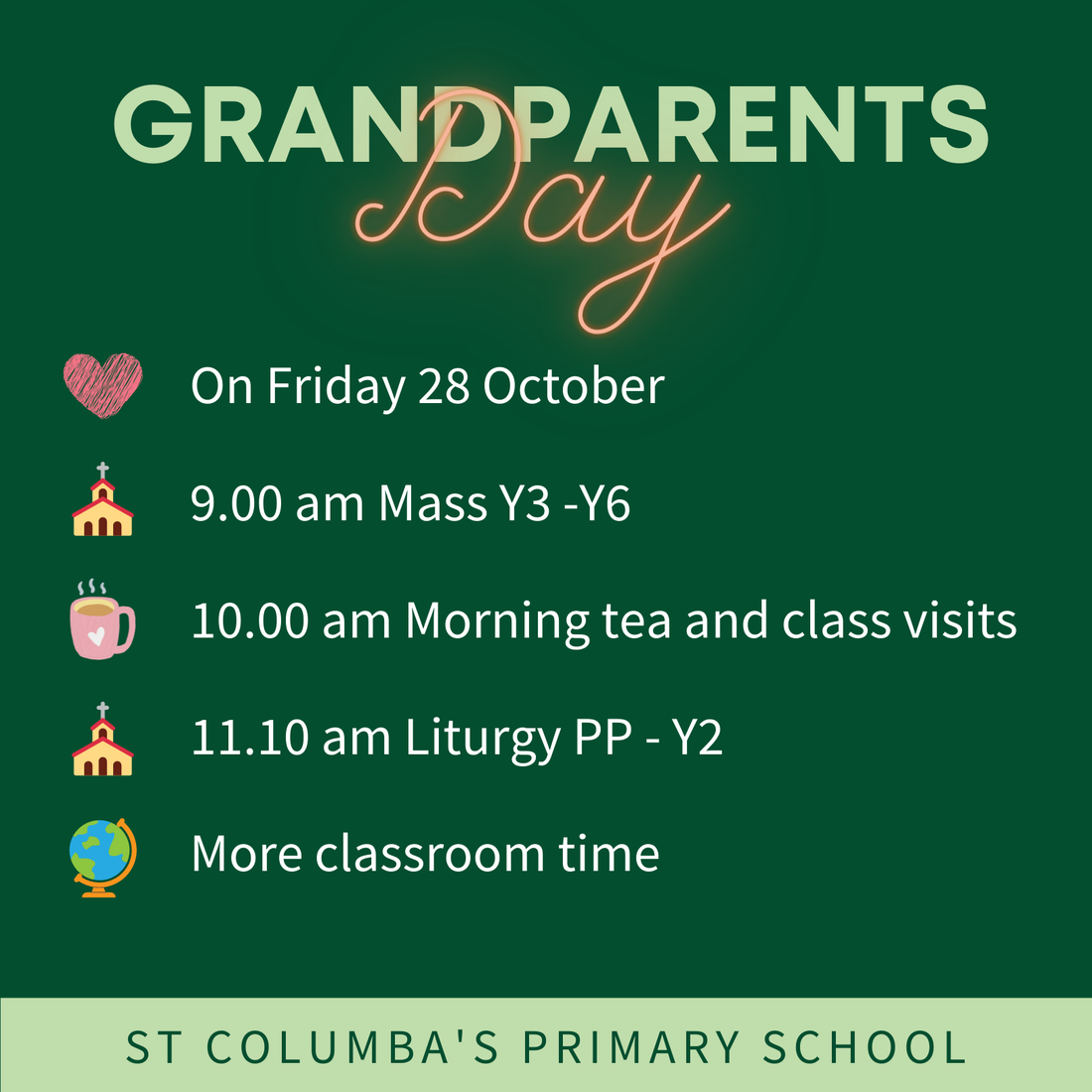 A Grandparents Day Mass for Years 3-6 students and grandparents will be held in the Church from 9:00am.

A Grandparents Day Liturgy for PP - Y2 students and grandparents will be held in the Church from 11:10am.

Students will be able to sit with their grandparents at the Mass/Liturgy.

A Morning Tea for grandparents only will be provided in Kalyara Mia from 10:00am, supplied by the P & F.

Grandparents are also able to spend time with their grandchildren in the classrooms and at recess time (10:50-11:10am).

· Grandparents can walk over to the Church for Mass/Liturgy with their grandchildren.

· The Kiss and Drive will be closed on Friday, 28 October (during the morning only) to allow for access to the Church.

We are excited to be able to offer this community event for our grandparents. 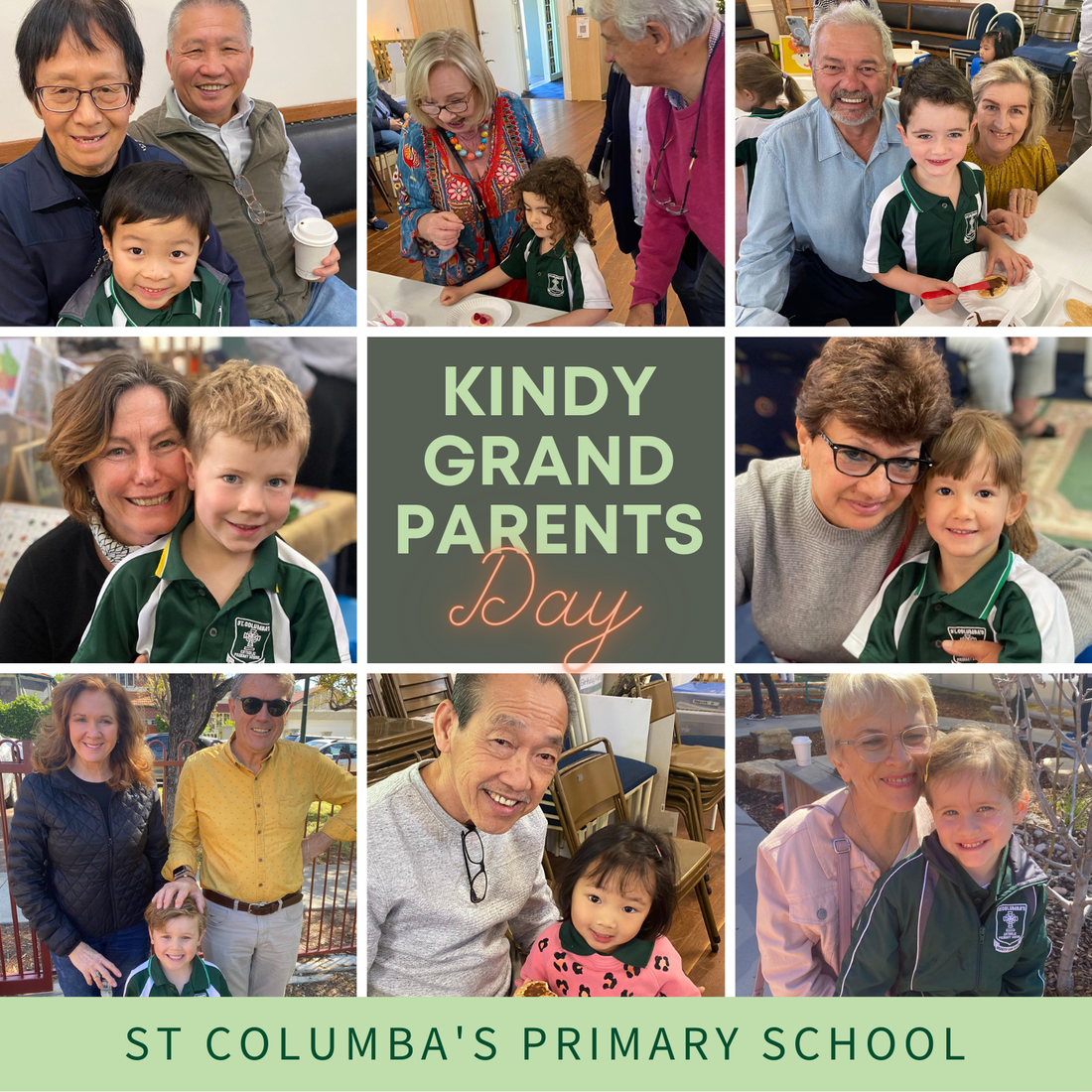 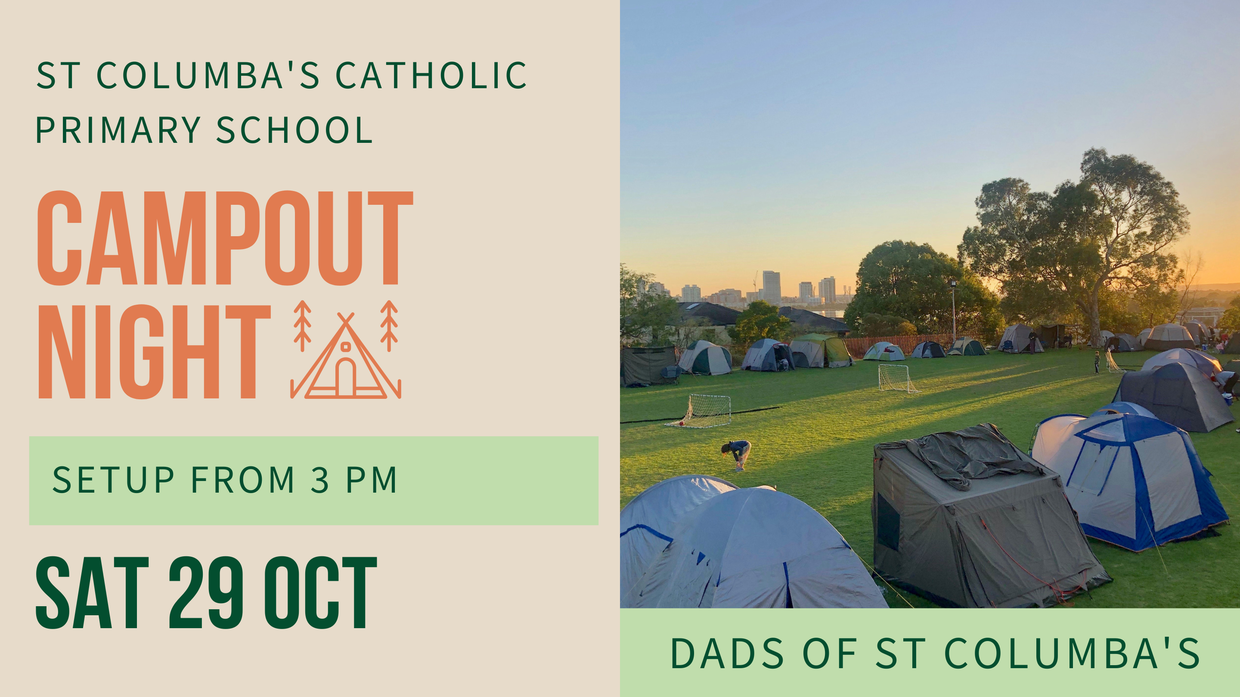 Final preparations are taking place for what will be a great time for children and an awesome way to continue to foster the great St Columba’s community spirit amongst families.

With 80 families registered, here is what you need to know for a successful Camp Out:

The majority of gates around school will be closed for the duration of Camp Out, Gates that will be open are those between kiss and drive, the canteen and toilets.

History will reflect an early wake up and rise for Campers, with this in mind Our Ruby Girl Coffee Van will be onsite from 6:30am for drinks and snacks for purchase.

Breakfast will fire up from 7am and post breakfast families tend to leave at their leisure by 9:30-10am.

What will be provided

A selection of fresh fruit will be available throughout Camp Out

Thank you for your continued support of Dads of St Columba’s and our P&F.

RSVP for School Disco before next Friday

The P&F are proud to present this years school disco, UNDER THE SEA, taking place on Friday, 4 November 2022 (Week 4)

This year, we have split the disco into 3 sessions.

Session 1 Kindy and Pre-Primary: 4:45-5:30pm (1 parent/carer must attend to supervise their child)

Session 2 Years 1-3: 5:45-6:45pm (no parents/carers inside the disco area, children are required to be signed in on arrival and are unable to leave until parents signed out at the end)

Session 3 Years 4-6: 7:00-8:30pm (no parents/carers inside the disco area, children are required to be signed in on arrival and are unable to leave until parents signed out at the end).

Please RSVP your child/ren's attendance by Friday, 28 October by clicking the link above.

A separate RSVP is required for each child please to allow easy collation of the data.

There is no cost for this event.

We kindly ask you to include emergency contact details for the night on the form above.

There will be food trucks available on the night. Please note, this is strictly a no alcohol event.

Please don’t hesitate to contact your P&F rep if you have any questions. 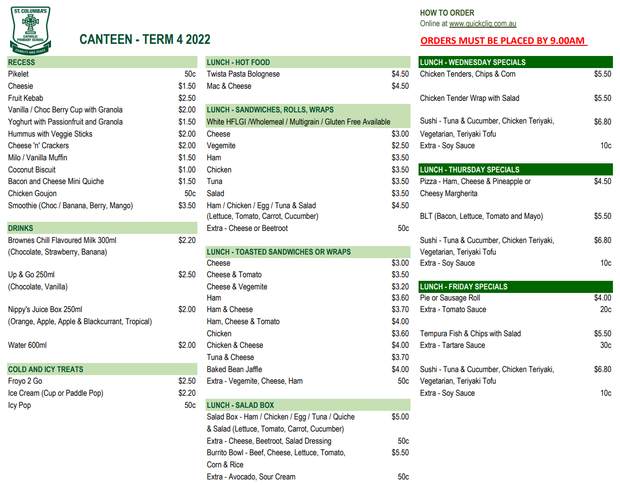 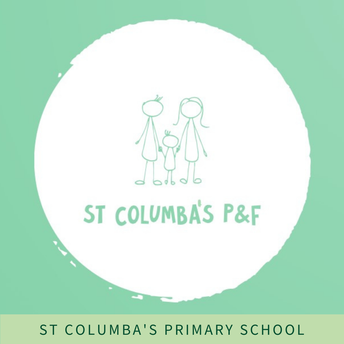 1 week to go until our big “Friend-raiser”. The St Columbas Night in White. Tickets are still available, we would hate for you to miss out.

We have live music, surprise entertainment and a night of fun planned. A lot of work has gone into this night, it is not one to be missed.

You can either purchase individual tickets or groups of 10 - it doesn’t matter which option you choose, as the set up will involve long continuous tables. You do not need to be in a group of 10 to attend.

Wishing all of our grandparents a wonderful day tomorrow. Thank you again to our super star Year 3 reps Tanya Perry and Anna Luczak for organising the day. 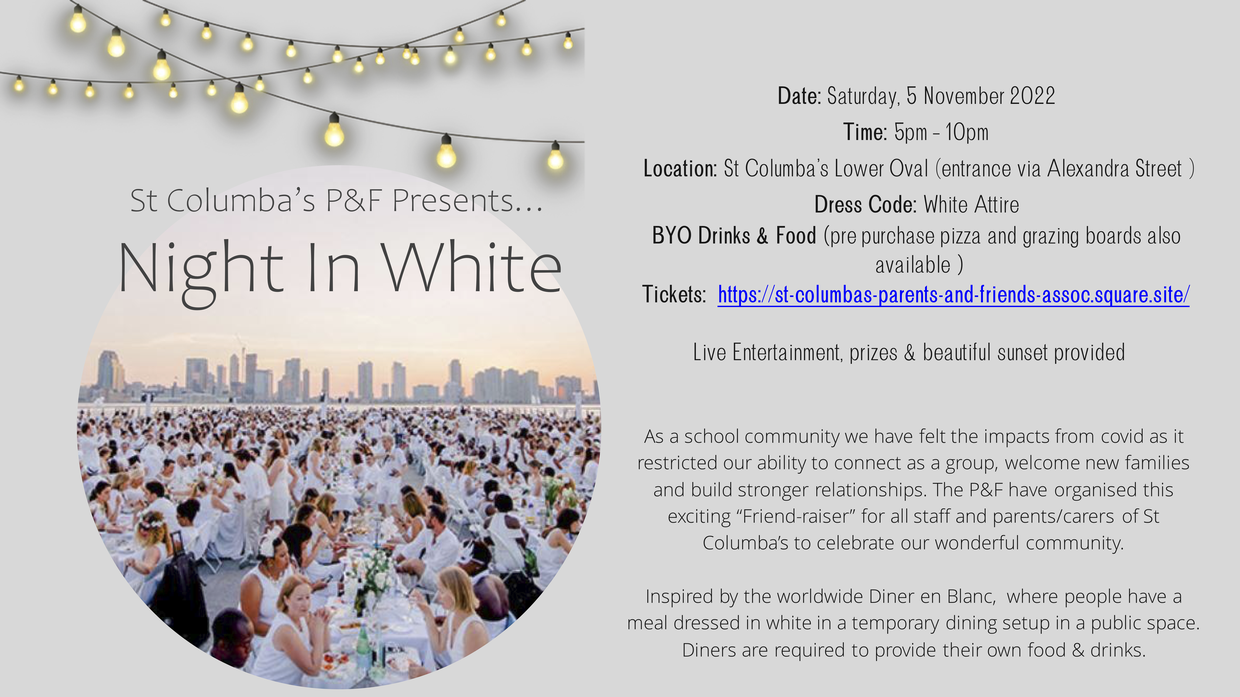 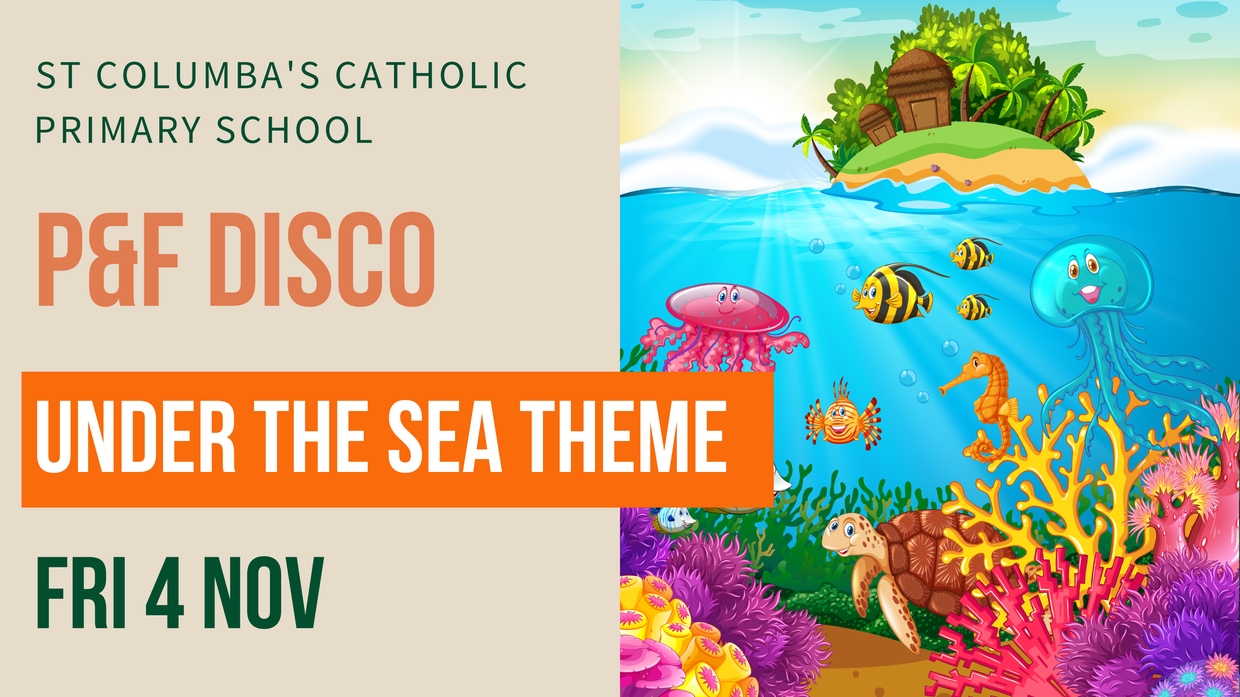 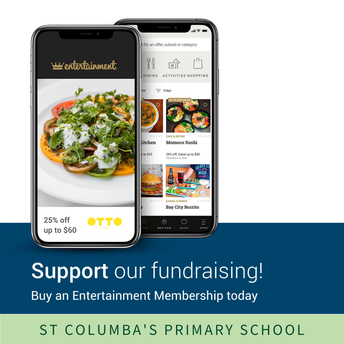 The year starts from the date of purchase of your Entertainment Book.

au.entdigital.net
Discover your city's best savings and support a cause you care about. Entertainment Memberships are instantly available, valid year-round and gladly accepted.

Cash payments are no longer accepted. Payments can be made by credit card - Visit scholastic.com.au/LOOP or download the LOOP app. Your order will be electronically linked to the rest of your school's order. You do not need to complete the order form. 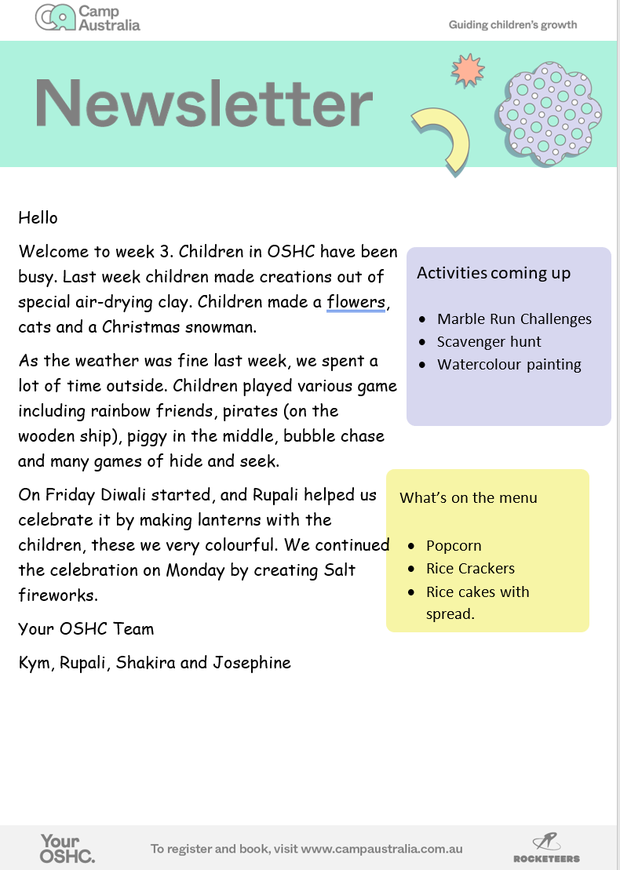 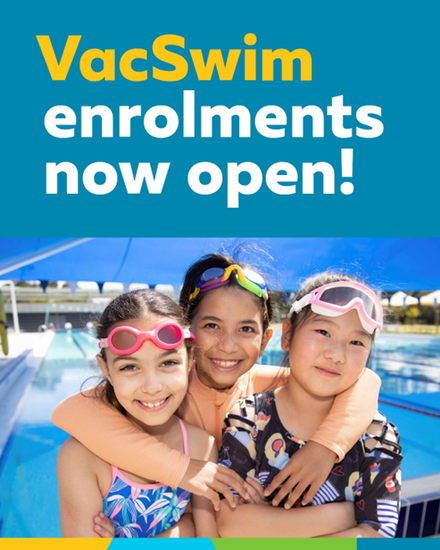 Enrolments are now open for VacSwim swimming lessons during the summer school holidays. VacSwim offers fun lessons at beach or pool locations. They are a great school holiday activity and they teach valuable safety skills to help keep your child safe in the water.

Little Athletics is a fun, social and active program for girls and boys aged 5 to 16. There are a wide range of events including running, jumping, throwing and walking. Events are modified to suit the age and ability of the children. 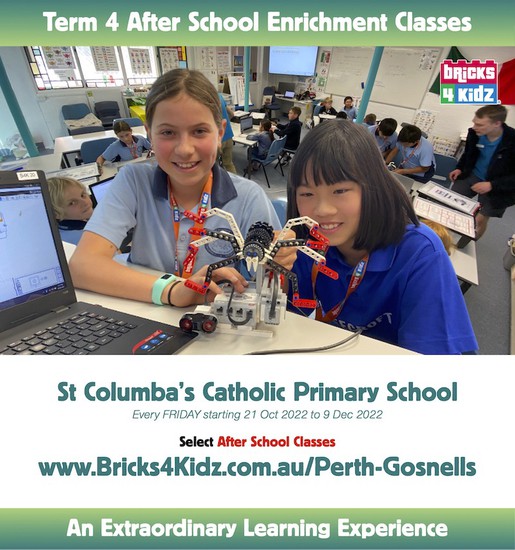 Reconciliation: Saturday, 12 November at 10am 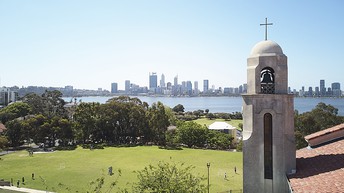 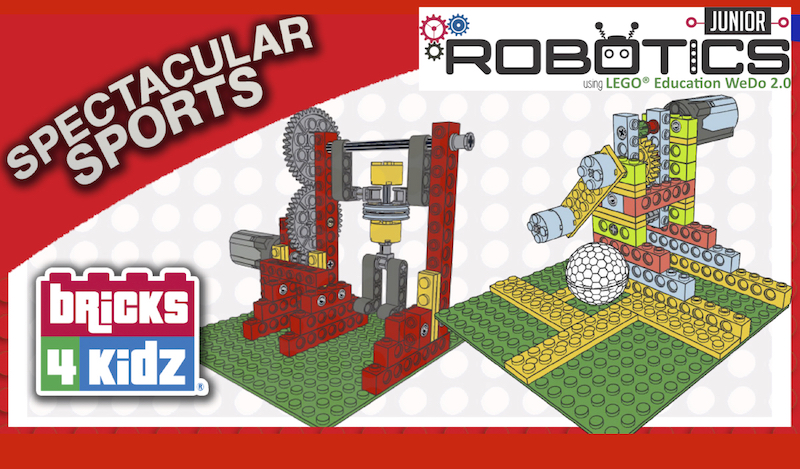 aus01.safelinks.protection.outlook.com
The health and well-being of our BRICKS 4 KIDZ® community is our priority. We want to assure you that we have maintained our thorough cleaning regimen to keep all kids and staff safe.
Embed code is for website/blog and not email. To embed your newsletter in a Mass Notification System, click HERE to see how or reach out to support@smore.com
close
Powered by Smore
Powered by Smore