Arman is using Smore newsletters to spread the word online.

Get email updates from Arman:

The Evolution of Fashion

The Evolution of Fashion 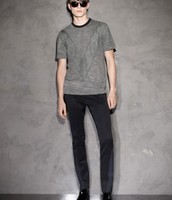 A Glimpse of the Past

Clothing and apparel is one of humanity’s basic needs because primarily it’s used to protect the body’s personal aspects from unwanted attention in society. Textiles are one of the most significant industries held in the history of trade and has provided both products and jobs needed by humans around the globe. However, fashion is a more diverse factor that has been influences by well-known people, tradition, art, and the media.To this very day we don’t know for certain when humanity started wearing clothes, but anthropologists estimate that the early identities of fashion were first created ranged between 100, 000 to 500, 000 years ago. The first clothes were made of natural elements such as skins and furs of animals that were killed for food, bones and leaves. It’s assumed that they were wrapped around the individual. Towards the end of the in the southern regions of Europe, the first sewn clothing was made using needles carved from bone. However, in the north people used leather straps to piece skins together. Forwarding more into the future in the late 1600’s British capitalists who were particularly fond of cotton fabrics from India, sought methods to produce domestic goods beyond the existing household industry. Hence, England had banned the imports of Indian fabrics in exchange for developed mechanized means of weaving and spinning within the nation, which launched the Industrial Revolution. In spite of that, this major change in the textile industry had revolutionized the Western world into a true international economy. Regarding the evolution of fashion in the past two decades, the predominance of computers has gathered an abundance of information and media. Publishing and broadcasting one’s idea will be available to anyone on the planet with the click of a button. There is no need great use for flyers or posters, instead many with a laptop or tablet can come to notice any clothing that suits their interests.

Technological Innovations in the Clothing Industry

Change or innovation in simpler terms is described as an evolution or productivity or attaining the more efficient methods in a business’s point of view. There have been several changes in the textile industry such as new machinery for knitting, pleating, linking and decorating. For instance, there have been new computerized flat knitting machines that allow knitwear to be manufactured in one piece without the process of linking or sewing. Another example would be about the innovation of linking. A new state of the art piece of machinery has been produced which consists of an intelligent camera and an easy-to-use screen. Barudan has hanged the means of decorating. They have produced a new technological device that makes it possible to cross-seam embroidery on the legs of finished jeans. We know that a number of companies have developed specialized systems for using lasers to create patterns on clothing, while TPM Germany launched a new machine that can simultaneously print and finish different operations. And a final example could be the fact that Koma-Tech has invented a machine that is able to produce three-dimensional fuwari embroidery. Fuwari is a new concept in machines which basically is a 3D embroidery style which is created using just embroidery threads in a different manner. It’s design is digitized in similar methods as normal embroidery designs using the Fuwari CAD software that Koma-Tech has exclusively. As we can see, there are a vast amount of ideas and technologies that have and are continuing to increase since the 1990’s. Let’s look into other products in the fashion world that apparel depend on for marketing, advertisement or in general terms display. Mannequins are used to display a specific clothing material that was manufactured by a company for sale. Now, a freeform company known as Shapley Shadow had invented a new form of a mannequin introduced as “RealForms”. These manufactured goods can be moulded by an item of clothing that enable observers to see the effect of tight clothing on skin. This can be used as a tool for clothing designer companies when it comes to the popularity and/or safety of their apparel for consumers.Thus, as a conclusion we can now see the massive change in the clothing industries. From sewing clothes using a threading machine in the 90’s which made limited manufactured goods in a certain time interval to creating countless more modern products in the same time interval with more advanced technologies.

Early day apparels were created by hands as we can see in this picture, in an Indian society he's weaving cotton to make a unspecified piece of clothing.

Machines have replaces the jobs of many wokers in the clothing industry, but have made manufacturing more efficient and productive.

Within the past several years three sectors of international trade had evolved new processes. Those processes are manufacturing, marketing and distribution of products in the clothing industry. Nearly seven years ago the manufacturing intensity ratio has increased about 5.6% Working conditions in the manufacturing sector has increased as well. Production workers, including frontline managers usually tend to spend more of their shifts on the production floors of the factory. However, one of the major innovations is the fact that clothing and apparel industries have rapidly modernized due to new investments in the information of technologies and automation that have been made due to the growth of international competition. Firms have responded to competition by developing new products and services. As an example, some companies have created a product out of recycled materials such as bottles of water or polyester. Some may also have a certain percentage of recycled substances mixed with a more general material for clothing production, such as cotton. Now considering the distribution of apparel products it has changed rapidly in the past several years. For an example, as new technologies have evolved, distribution of products in companies have become dependant to it. It has been an easy method that helps companies advertise and export goods with ease; growth in media and advertising. There is an increase in international business, hence that is why various companies go from being domestic to international. Finally, the markets have changed by a great deal in the world. Many businesses have evolved from being a domestic business into international businesses and created franchises. High quality brands such as Gucci or Louis Vuitton have started investing in foreign markets in the past few decades. THey were originally making profit from their domestic markets which are located in Italy or France in this case. Hence, we can see that due to the vast increase in technology in our society, we see it effects an industry’s marketing, distribution and manufacturing processes.

The demands of clothing has increased by a huge factor in the past couple of years. Fast fashion provides the marketplace with affordable clothing pieces which are mostly aimed towards young women. However, the manufacturing of clothing does leave a huge hazard for our environment and occupations . Pollution is the major factor that is involved with this issue. Polyester is a widely used manufactured fiber that is made from petroleum. With the increase of productions in the fashion industry, the demands of man-made fibers more specifically polyester have nearly doubled in the past 15 years according to stats from the Technical Textile Markets. But, in an environmental issue polyester and other synthetic fibers take a very energy-intensive process that requires large amounts of crude oil which creates harmfuls results of volatile organic compounds, particulate matter and acid gases such as hydrogen chloride. Any of the results mentioned can lead to dangerous diseases. Further speaking, we know that these emissions can later on be translated into bodies of water than can harm natural life. The EPA considers many textile manufacturing companies to be hazardous waste generators. In addition cotton which is a non-man-made substance, is also a huge contributor to the production of clothing. Cotton crops hold a quarter of the U.S.A’s pesticides, the largest cotton distributors in the world as accounted in the year of 2007. But, in the past several years the U.S cotton crops benefit from subsidies that keep prices low and productions high.

Arman is using Smore newsletters to spread the word online.