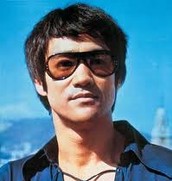 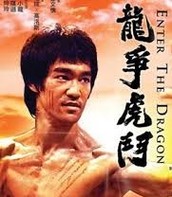 Bruce Lee was born in 1940, the year of dragon, at a Chinese hospital located in San Francisco, CA while his parents were preforming Cantonese Opera in California Chinatown. A few months after he was born, the whole family moved back to Hong Kong. He was raised there and moved back to the US in 1959. 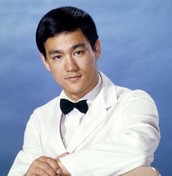 Bruce’s father was one of the leading Cantonese opera artists at that time, and he was also a film director. Bruce followed his father’s footsteps. He not only exceeded his father’s achievement but became a super star and a Chinese icon at his time. 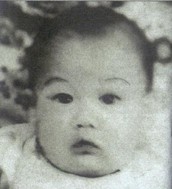 Bruce started his film career when he was three months old. He played a baby (of course) in a Cantonese movie shot in San Francisco. Later in his childhood, he appeared in numerous movies as either a guest actor or a major character.

When he was little, Bruce was once very weak. His father believed that if he was trained with martial arts, he would grow up strong. Therefore, Mr. Lee started training Bruce Tai Chi when Bruce was 7. Bruce was also trained by different masters and different type of Chinese martial arts or weapons. Among those styles, Bruce liked Quan (fists) better.

Bruce didn’t do well at school in Hong Kong. He skipped schools and involved in street fights. Mr. and Mrs. Lee therefore decided to send him back to the US. He stayed in San Francisco for some time and moved up to Seattle where he opened his own studio and trained people. He also attended college there, but dropped out later.

In 1964, Bruce was invited to demonstrate in Long Beach Karate Tournament. His performances opened up the door to American film industry. He later played Kato in The Green Hornet, and as a guest in a few TV series. At this Championship, Bruce also met Karate champion Chuck Norris. Bruce invited Chuck to the film he directed the Way of the Dragon (1972). There was a scene shot at the Coliseum in Rome. This fight was considered as Bruce’s master piece. 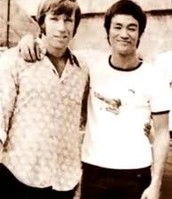 The Way of Dragon

In late 1972, Bruce began filming his last film Game of Death. However, he didn’t finish it. In May, 1973 Bruce died from a sudden cause in Hong Kong.

Here are a couple more pictures. We can know Bruce Lee from a different point of view.

Bruce loved Cha Cha, and was a Champion in a competition in Hong Kong. 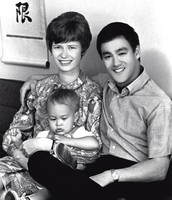 Bruce met his wife in Seattle. They have 2 children.

Bruce was teaching his son. 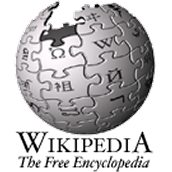 Leave me your feedback on this culture lesson.