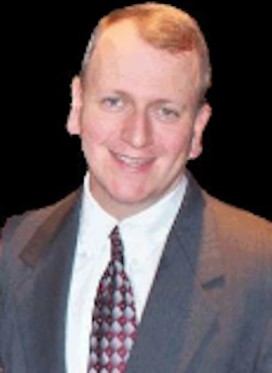 Get email updates from Steve:

Clear Learning Targets for middle school and high school have been updated for this year to reflect the changes made to state standards.

Please see below for details.

Some wording has been rearranged to be more clear such as pertaining to decomposing figures into triangle and composing them into rectangles (6.G.1).

MAJOR changes have come to the probability and statistic areas. Ohio will now follow the GAISE method which has students collect, graph, and analyze data. They learn to formulate questions and interpret results. Our Clear Learning Target contains much more information on the GAISE model that you will want to become familiar with (6.SP.1).

Students are asked to find measures of center instead of being given them. Attention is paid to gaps, peaks, and outliers (6.SP.5).

Mean Average Distribution (MAD) has been moved from Math 6 to Math 7.

Students will now be expected to perform operations on complex fractions (7.NS.3).

By writing equations in another way, students will discover additional properties (7.EE.2).

In addition to focusing on triangles, students will be asked to focus on constructing quadrilaterals with given conditions (7.G.2).

Circles are stressed more, including understanding the relationship between the circumference, diameter, area, and radius (7.G.4).

MAJOR changes have come to the probability and statistic areas. Ohio will now follow the GAISE method which has students collect, graph, and analyze data. They learn to formulate questions and interpret results. Our Clear Learning Target contains much more information on the GAISE model that you will want to become familiar with (7.SP.1).

Wording has been cleaned up to explain exactly what students should be able to do concerning populations. Instead of "informally assess", they are asked to "describe", "analyze", and "summarize". MAD has moved from Math 6 to Math 7 (7.SP.3).

Students are expected to know that numbers can be either repeating, terminating, or non-repeating and non-terminating (8.NS.1).

Instead of just knowing, students need to be able to understand and explain the properties of integer exponents (8.EE.1).

Students will only need to solve a system of equations by graphing. Solving them algebraically is now reserved for high school courses (8.EE.8).

In geometry, students will be expected to verify transformations with and without coordinates (8.G.1,2,4).

Instead of just identifying a proof of the Pythagorean Theorem, students will now be asked to analyze and justify an informal proof (8.G.6).

MAJOR changes have come to the probability and statistic areas. Ohio will now follow the GAISE method which has students collect, graph, and analyze data. They learn to formulate questions and interpret results. Our Clear Learning Target contains much more information on the GAISE model that you will want to become familiar with (8.SP.1).

Many changes are occurring to the Integrated Pathway. Standards are being moved from one course to another as Integrated Math 3 and Algebra 2 become the same course.

To make it more clear, standards have been updated to specify that teachers should focus on linear and exponential functions (F.IF.4, 5, 7, 9, F.BF.1, 3).

Instead of using the term 'inverse', students will be asked to determine the input of a function when the output is known (F.BF.4).

Correlation and causation have been moved to Integrated Math III (S.ID.9).

When working with formulas, students will focus on formulas where the variable of interest is linear but not square (A.CED.4).

Instead of telling students to prove, they ask students to verify solutions to a system of equations (A.REI.5).

Students are now told to solve equations algebraically and graphically. They are told they will be limited to two equations with two unknowns (A.REI.6).

Instead of referring to the "distance around a circular arc", the term is defined as "arc length" (G.CO.1).

Students have been asked in the past to describe rotations and reflections. Now they are asked to identify the symmetries that exist in a figure. Also, they will be asked to identify figures that have line and rotational symmetries. They will then determine the angle of rotation (G.CO.3).

Students have been asked to prove theorems before, but now they will be specifically told to prove them formally and informally. (G.CO.9, 10, 11).

A new Geometry standard has been created. Students will be asked to classify two-dimensional figures (G.CO.14).

Instead of being asked to prove slope criteria, students are asked to justify it. They will be asked to verify specific geometric statements (G.GPE.4,5).

The GAISE Model has been incorporated into the probability and statistics areas. Students collect, graph, and analyze data. Often in the past they were given data and told to create a graph. Now, they will learn to formulate questions and interpret results.

Students are asked to create dot plots and histograms in real-world applications (S.ID.1).

One of the biggest changes with Math II is that the topic of imaginary numbers has been moved to Math III. These standards have been moved as Math III and Algebra 2 become the same subject (N.CN.1, 2, 7).

When solving literal equations, students will focus on formulas where the "variable of interest" (the variable you wish to solve for) is linear or square. For example, students should be able to rewrite the formula for the area of a circle in terms of the radius. (A.CED.4).

Students are now expected to be able to solve quadratic equations using the Zero-Product Property after factoring (A.REI.4).

Some standards now specify to focus with quadratic and exponential relationships (F.IF.9, F.BF.1aii).

When solving right triangles using the Pythagorean Theorem and trig ratios, the standard now states that one of the two acute angles and one side length is given (G.SRT.8).

When students are asked to prove that all circles are similar, the standard now state to use transformations to prove this (G.C.1).

When finding arc lengths and sectors of circles, the standard has been split into two parts for clarity (G.C.5a,b).

In addition to proving simple geometric theorems, students are instructed to verify them (G.GPE.4).

The state of Ohio now considers Algebra 2 and Integrated Math III the same subject. As a result, some standards have been moved to Math II and a few moved to Math I.

Students will be asked to discuss residuals, instead of plotting and analyzing (S.ID.6b).

Causation and correlation have been to Math III from Math I (S.ID.9).

Students should be exposed to more complicated situations rather than just linear, exponential, or quadratic functions (A.CED.3a, 4d).

When teaching systems of equations, teachers will now be told to extend to solving three equations/unknowns but only algebraically (A.REI.6b).

Instead of just knowing, students are asked to truly understand the Remainder Theorem (A.APR.2).

When performing operations on functions, teachers are now asked to take students beyond linear and quadratic functions (A.APR.1b).

A new standard has been added asking students to derive formulas that relate degrees and radians and to convert between them (G.C.6).

Although last year's classes have been archived, some students can still see them when they log in. It has to do with a setting ALEKS added to "Carry progress over to next class". It also has to do with a student license going beyond the class date. When that date is reached, the student should not be able to log into that class.

One thing we can do in the meantime is go into Class Options of the old class, select Class Access, and choose Denied to disable access. If you see a student with more than one choice of a class to select, check for the Course Code (click "More details". We can disable that class with the code.

Note: If a student ONLY sees last year's class, that means he has not been enrolled in a class THIS year. You can easily enroll him using the "Enroll/Preregister" option.

Did you know that each building should have at least two teachers/support personnel with admin access? These people have the rights to:

Please check with your colleagues in your building to see who has this access. If you wish to have it, have your principal send an email to Steve at shiner@columbus.k12.oh.us 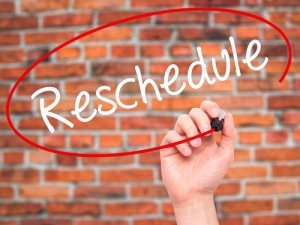 Due to low registration numbers, the ALEKS and ConnectED PD scheduled for this week have been cancelled. We will reschedule them for another time. Also watch for recorded PD sessions to be posted in the Teacher Digital Binder.

We are pleased to introduce our Secondary Digital Resource Binder. You can access important information, curriculum documents, AIR/ACT prep materials, and ODE resources in this one location. There is a link to the binder on the math page of the CCS website. The direct link is below. 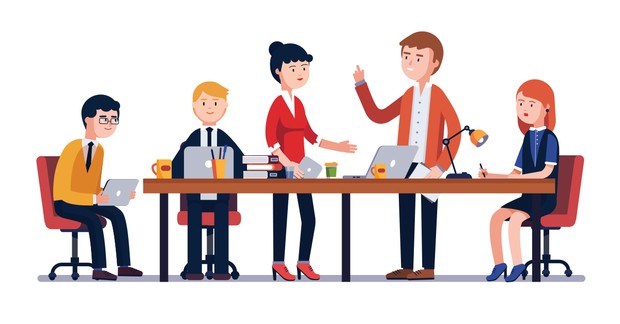 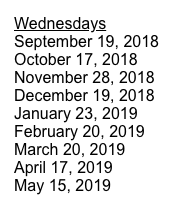 Department chair meetings run from 3:30pm-5:30pm, usually the 3rd Wednesday of each month (see dates at right). Our first meeting will be held on September 19 at Linmoor Education Center in room 107.

Thanks to Northland for agreeing to host our meeting in January.

Thanks to Scioto for agreeing to host our meeting in March.

If you would like to host a meeting, please let Steve know. 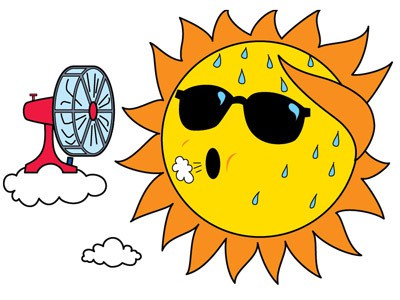 You can view our past newsletters here:

Follow Steve Hiner
Contact Steve Hiner
Embed code is for website/blog and not email. To embed your newsletter in a Mass Notification System, click HERE to see how or reach out to support@smore.com