Get email updates from dalton:

6 things to know about Inflation

By: Dalton Hill and Brennen Hicks

6 things to know about Inflation

By: Dalton Hill and Brennen Hicks 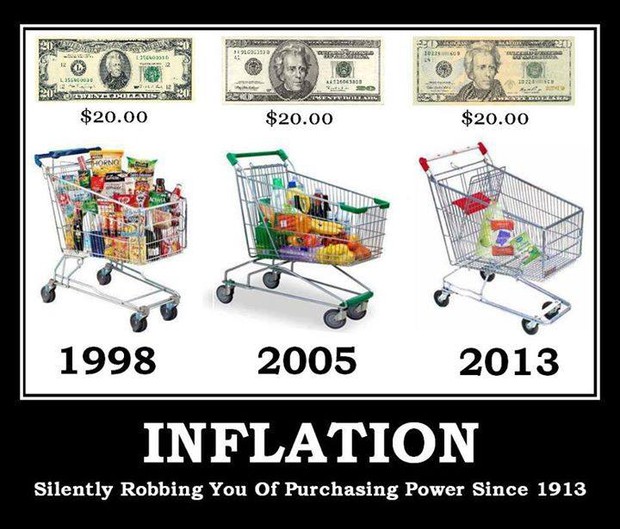 Inflation is the general rise in prices of goods and services, when products become more expensive. Its measured in Consumer Price Index (CPI). Every year the the measure the price difference of 100 things and use the difference between last year and this year

How is inflation caused? Well it can be caused by demand being higher than supply, when the federal reserve prints to much money, wages cannot catch up the the rising prices

How does deflation affect you? Deflation decreases the level of prices but also means the wages go down.