emani is using Smore newsletters to spread the word online.

Get email updates from emani:

How far have we come?

How far have we come?

In July of 1964, LBJ pushed the civil rights act through congress. The act prohibited discrimination based on race, color, religion, or national origin, and gave the government new powers to enforce the law.

Before this act was passed terrible things happened to not just only people of color (African Americans) but to Hispanics also. This time period was one of the greatest movements just to have equality. People died for this ! And what we don't understand is how blessed we are to have the rights & privileges that we have today. Segregation Was the sepation of black asnd whites. for example, They Couldn't use the same water fountains, couldn't eat at the same resraunts, couldn't go to the same school , and not only were black treated poor in their everyday life but they were also not supported by the justice system. People could just do whatever they wanted to do to them! if they fought back they could have been beaten, Thrown in Jail, Or worst like death.

Is this how we Imagine equal ? and fairly treated

Man Being attacked for protesting 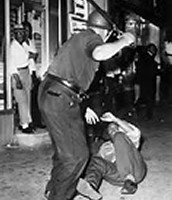 Man Beaten for not agreeing with the white officer

Famous story Of emmett till 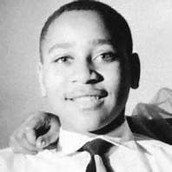 Fourteen-year-old Emmett Till was visiting relatives in Money, Mississippi, on August 24, 1955, when he reportedly flirted with a white cashier at a grocery store. Four days later, two white men kidnapped Till, beat him and shot him in the head. The men were tried for murder, but an all-white, male jury acquitted them. Till's murder and open casket funeral galvanized the emerging Civil Rights Movement. The crazy thinhg is that he was only 14 ! born on July 25, 1941, in Chicago, Illinois, the only child of Louis and Mamie Till. Till never knew his father, a private in the United States Army during World War II. Mamie and Louis Till separated in 1942, and three years later, the family received word from the Army that the soldier had been executed for "willful misconduct" while serving in Italy.

Three days after arriving in Money, Mississippi—on August 24, 1955—Emmett Till and a group of teenagers entered Bryant's Grocery and Meat Market to buy refreshments after a long day picking cotton in the hot afternoon sun. What exactly transpired inside the grocery store that afternoon will never be known. Till purchased bubble gum, and some of the kids with him would later report that he either whistled at, flirted with or touched the hand of the store's white female clerk—and wife of the owner—Carolyn Bryant.

Four days later, at approximately 2:30 a.m. on August 28, 1955, Roy Bryant, Carolyn's husband, and his half brother J.W. Milam kidnapped Till from Moses Wright's home. They then beat the teenager brutally, dragged him to the bank of the Tallahatchie River, shot him in the head, tied him with barbed wire to a large metal fan and shoved his mutilated body into the water. Moses Wright reported Till's disappearance to the local authorities, and three days later, his corpse was pulled out of the river. Till's face was mutilated beyond recognition, and Wright only managed to positively identify him by the ring on his finger, engraved with his father's initials—"L.T." 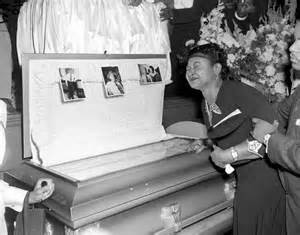 emani is using Smore newsletters to spread the word online.