Craft Guilds were an organization controlled by experts in trade which included bakers, tailors, sword, armour makers, tanners, carpenters, blacksmiths, and brewing. It set standards meaning something had to be good quality and something someone wanted to buy in order for them to sell. It also controlled prices, kept out unskilled crafts people , and eliminated competition. Making things to sell took a lot of time and money so if someone wasn't considered a skilled crafts person they could be kicked out which could be considered a drawback.

Streets and Buildings usually grew around some sort of defence system/structure like a castle,palace, and a large monestry. Citizens usually built gates that shut at night for protection. Houses for the poor/lower class were crowded. Town houses were really high and went of the street for more space.

The role of markets and fairs was to buy and sell goods and increase trade. It was also there to help people make money. It was good because it made it so everyone was in one place and they could all gather

It wasn't very clean or sanitary...people would keep a chamberpot under there bed and it was used for waste. Once it was full people in town houses would dump/throw it out the window to get rid of it. Pigs were then driven to the towns from the smell.

Visit the Carcassonne in Aude, Languedoc-Roussillon

It was a huge plus to merchants and citizens when the whole trade system began. Many people now could become independent and/or powerful because they could make money. Power no longer came from how much land you had now it was money and people a good income now. 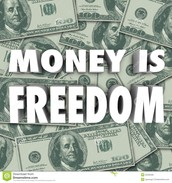 Now people were able to do what the wanted to. They could marry who they wanted to and make money...They were free and serfs could gain more freedom.

Activity #2 Technologies of the time

Parts of a Castle:

Warwick castle started with a wooden motte and was built by William the Conqueror and was eventually constructed into massive stone fortress. The wooden castle was replaced by a fortified stone castle in 1260. History of Warwick is steeped with murder and mystery. Many historical events happened here including William the Conqueror, War of roses, Civil war, Knights and tournaments.

Life in a Medieval Castle:

Life in a castle was either very hard or very boring. A lord, a knight, soldiers, servants, and serfs all lived in castles.

Role and how to become a Knight:

How to become a night was hard. One trained as a page then as a squire. The sons of nobles were placed in the service of great lords. They were sent to a castle and commenced their education as a knight.

A knight had to learn how to fight and serve their lord. Two knights would get on horseback to knock the other one off their lance.

It was based on personal honour. A model knight had to be brave, generous, and truthful. It was a code of honour that every knight had to swear to uphold.

The Code of Chivalry:

-To fear god and maintain his church

-To serve leige lord in valour and faith

-To protect the weak and defenceless and other orphans.

-To refrain from the wanton giving or defence

-To live by honour and for glory

-To fight for the welfare of all

-To obey those placed in authority

-To guard the honour of fellow knights

-To eschew unfairness, meanness, and deceit

-At all times to speak the truth

-To preserve to the end in any enterprise begun

-To respect the honour of women

-Never to refuse a challenge from and equal

-Never to turn the back upon a foe 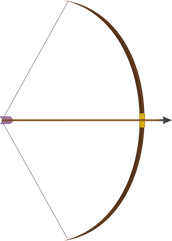 Bow and Arrow: Was constructed in two parts. A strip of material was connected with a cord at both ends to apply tension. The strings were made of hemp. Is a projectile weapon using bows and arrows. It was common in most cultures and still used today in archery.

Mangonal: Was a weapon used during siege warfare. It was similar to a catapult. Which worked using torsion of counterpoise. Mangonals fired heavy projectiles from a bowl shaped bucket at the end of it's arm. 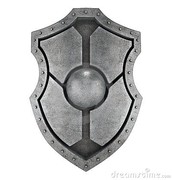 Medieval Shield: Was a shield made to shield/protect a knight or soldier from direct blows of weapons. A shield was considered an actual weapon and it was practised by knights. Medieval shields were constructed using materials that would be required for different shields.. It was made out of animal skin, bark, wood, metal, and/or leather covered wood.

A medieval diet of the rich/ nobles lacked a lot of vitamin C and fibre which led to health issues. Other cultures influenced them when the crusades happened as far as food preparation and presentation go, their food became better spiced. They ate lots of fruit but the fruit usually wasn't that fresh and was served in pies or preserved in honey. Vegetables and fruit were served to the poor and the vegetables were served in soup. Nobles ate veggies like rape, onions, garlic, and leeks. The principle of food preparation was to treat food in such a way to safely stop or slow down the spoilage of food. 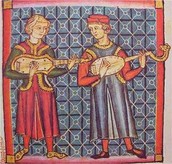 If you thought of music in the late middle ages you usually thought of the Troubadours. The troubadours travelled around from town to town singing and playing music which influenced many people. They changed a lot of society and the way people looked at things after the crusades. They brought love and light and people began focusing on the little things in life. It really brought positivity to the world. Their theme of songs was mainly dealt with chivalry and courtly love. The Minstrels made and earned a living by the arts of poetry, and music. They were famous for memorizing the longest poems and legends.