kanyon is using Smore newsletters to spread the word online.

Get email updates from kanyon:

Should Kids Use Phones at school?

should they be aloud to use them?

Should Kids Use Phones at school?

should they be aloud to use them? 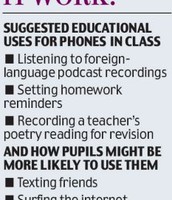 Pros and cons for phone use in class

why phones are good at school 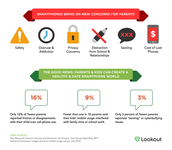 why phones are bad at school

I think that children should be aloud to use their phones at school, but if they use them irresponsibly they could be told to put them away, like if they're texting or playing games in class.

what other people think

you have to look at this page yourself.

"Ellicott city patch" says. "Parents remain divided on the issue, some saying they see students posting pictures on Facebook during the school day. Others say phones can be an important educational resource but they also can record inside school classrooms."

"About.com" says. "9/11 changed everything for most Americans. Shootings in schools and snipers who shoot just for the heck of it add to the overarching worry about terrorist attacks. Knowing that your child can call you and that you can call them is a small reassurance which all parents have the right to expect."

"youthink.com" says. "Cell phones get a bad rap in most parts of America. Self-help gurus promise serenity if we turn off our Blackberries, planes ban their use, and public conversation is largely frowned upon in crowded places. This is a marked difference from most parts of the developing world. Why? In America, mobile devices have come to epitomize convenience but are underutilized for valuable information sharing. In the developing world mobiles are obviously still used for conversation and staying in touch, but they also provide an outlet for cheap and long-distance transfer of information that was previously impossible. However, despite their ubiquity, some people are still ignorant of their usefulness."

kanyon is using Smore newsletters to spread the word online.