Creating a New Culture of Teaching and Learning

Access to timely information and communication tools can empower educators to focus on the individual learning needs of their students. These same tools can lead to a wealth of benefits, such as greater collegiality, stronger relationships, self-directed students, curriculum-aligned technology, authentic work, rigorous and motivating assignments, and the development of a strong learning community. Learn all about this potent new culture of empowered teaching and fearless learning. 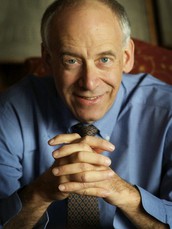 Alan November is recognized internationally as a leader in education technology. He began his career as an oceanography teacher and dorm counselor at an island reform school for boys in Boston Harbor. He has been a director of an alternative high school, computer coordinator, technology consultant, and university lecturer. As practitioner, designer, and author, Alan has guided schools, government organizations and industry leaders as they plan to improve quality with technology.

Alan is well known for applying his humor and wit to inspire us to think about applying technology to improve learning. His areas of expertise include information and communication technology, planning across the curriculum, staff development, long-range planning, building learning communities and leadership development. He has delivered keynote presentations and workshops in all fifty states, in every province in Canada, and throughout the UK, Europe and Asia.

Alan was named one of the nation's fifteen most influential thinkers of the decade by Classroom Computer Learning Magazine. In 2001, he was named one of eight educators to provide leadership into the future by the Eisenhower National Clearinghouse. His writing includes dozens of articles and the best-selling book, Empowering Students with Technology. Alan was co-founder of the Stanford Institute for Educational Leadership Through Technology and is most proud of being selected as one of the original five national Christa McAuliffe Educators. 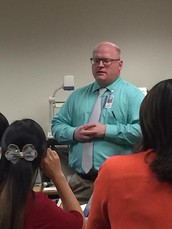 Chad Hyatt works as a curriculum coach for IB schools in MSD Washington Township, Indianapolis, Indiana. He is a passionate leader in the IB. Chad serves on the board for his regional association, works as a site visitor, consultant, and workshop leader for the IB and has been involved in global projects for the IB.

Action is an essential part of all IB programs. In the broadest contexts, it encompasses community service, service learning, and student-initiated action. This session will help you differentiate between and support each type in our schools and classrooms so that we truly realize the IB mission statement and the ideals of international mindedness. This session is designed for members of authorized IB schools who wish to promote meaningful student action and service learning in their schools and community. 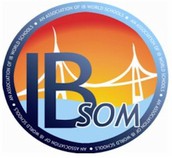 All participants are invited to attend the IBSOM board meeting beginning at 3:15 pm.

www.ibsom.org
IB Schools of Michigan - An association of schools in Michigan authorized to offer the International Baccalaureate curriculum for the Primary Years, Middle Years, & Diploma Programs
Embed code is for website/blog and not email. To embed your newsletter in a Mass Notification System, click HERE to see how or reach out to support@smore.com
close