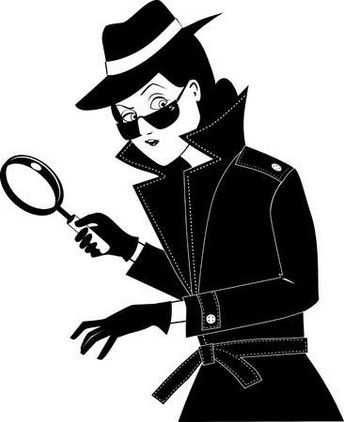 Remember, finding evidence is like being a detective. You need to go back to the text and find facts to back your information. Evidence is proof! Let's review...

What happens if you drop food on the floor? 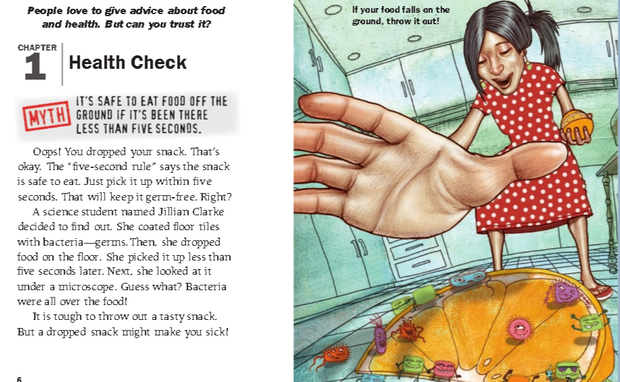 If you know the answer, prove it!!

Look and review the following chart. I want you to remember it.

What does the A stands for?

What does the C stands for?

What does the E stands for? 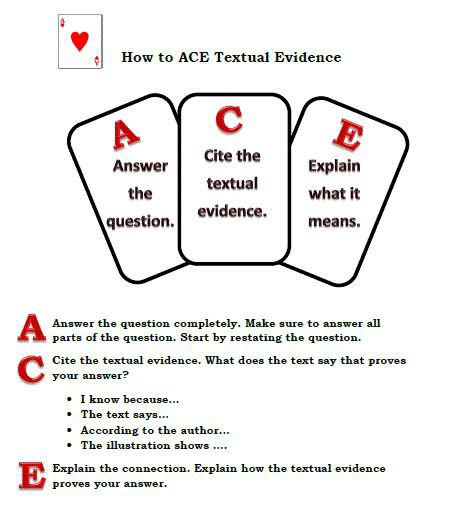 What happens if you drop food on the floor if it's been there less than five seconds?

If you drop food on the floor if it's been there less than five seconds, you might get sick.

if you say you will get sick, you are right! Now, let's prove it.

*Set up a direct quote from the passage by using transitional phrases...

The text says "bacteria were all over the food"

The caption of the picture says "if your food falls on the ground, throw it out"!

There is more evidence... Can you tell me what they are?

3. Explain what it means. Explain the connection...

Jillian Clarke, the science student, proved that if you dropped your food on the ground if it's been there less than five seconds, bacteria are all over the food. According to the author, the snack might make you sick.