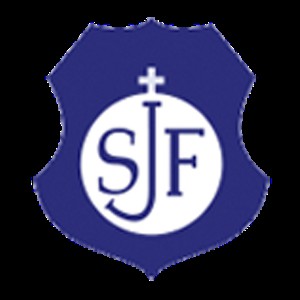 Get email updates from St Joseph's: 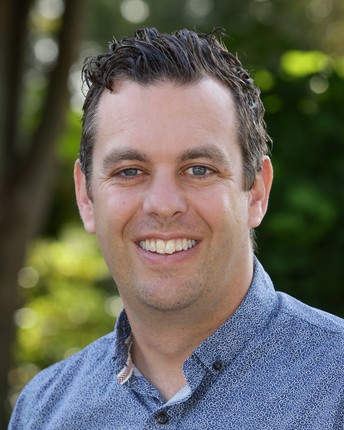 Easter greetings to you

This week is Holy Week, it is an important part of the Catholic calendar. Holy Week is the start of Easter and is when Christians commemorate the Passion of Christ, who died on Good Friday in preparation for the sins of mankind, and rose on Easter Sunday to give new life to all who believe. While Holy Week is solemn and sorrowful, it also anticipates the joy of Easter through the recognition of God’s goodness in sending His Son to die for our salvation.

A modern day Easter tradition is to exchange chocolate eggs with each other. Easter eggs are also a symbol of new life. Just like the chick has to break free from the shell to begin a new life, Jesus had to break free from death in the tomb. He invites us to share in the new life which God has promised to us all.

Our Holy Week Liturgy starts at 1.40pm tomorrow in the church. Each syndicate has a part to play and a song to sing - all welcome!

There are also number of Masses and liturgies that take place over Holy Week. The following times are for the St Joseph’s Parish:

For more details of Easter services go to: www.proudtobecatholic.org.nz/

Please remember that Tuesday is a school holiday also, so see you back at school on Wednesday 7 April.

I would like to congratulate Mrs Sarah Body on winning a position at Glenview Primary School. Sarah has been part of the St Joseph's staff for 6 years and she has helped almost every student in the school during that time from stub toes to bee stings. This is a great opportunity for Sarah and as a school we wish her all the best. 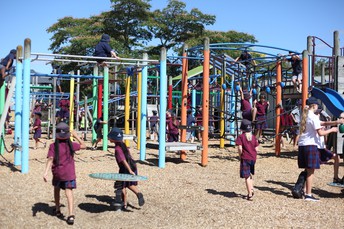 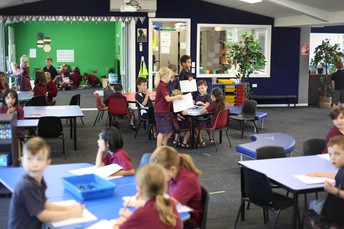 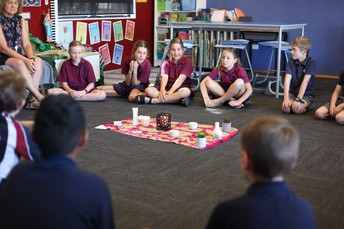 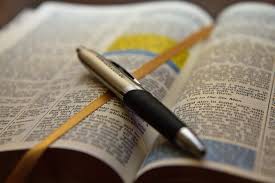 Palm Sunday of the Lord's Passion, Cycle B

Jesus is sentenced to death and crucified. The centurion who witnessed his death declared, “This man was the Son of God.”

Last Sunday, called Palm or Passion Sunday, is the first day of Holy Week. Holy Thursday, Good Friday, and the Easter Vigil on Holy Saturday are called the Triduum—three days that are the highlight of the Church year. There are two Gospels proclaimed at today’s Mass. The first Gospel, proclaimed before the procession with palms, tells of Jesus’ triumphant entrance into Jerusalem. Riding on a borrowed colt, Jesus was hailed by the crowds as they blessed God and shouted “Hosanna!” This event is reported in each of the four Gospels.

At the Liturgy of the Word on Palm Sunday, the events of Jesus’ passion are proclaimed in their entirety. In Lectionary Cycle B, we read the passion of Jesus as found in the Gospel of Mark. We will hear these events proclaimed again when we celebrate the Triduum later in the week. On Good Friday, we will read the passion of Jesus from the Gospel of John.

In Mark’s Gospel, Jesus’ passion and death are presented as the consequence of the tension between the Jewish authorities and Jesus that had been building throughout his public ministry. This tension reached its breaking point when Jesus drove the merchants and moneychangers from the Temple. After this event, the chief priests and scribes began seeking a way to put Jesus to death, and yet, this is only the surface explanation for his death.

When Jesus was arrested and brought before the Sanhedrin—the council of Jewish priests, scribes, and elders—he was charged with blasphemy, citing his threat to the Temple. When he was brought before Pilate, however, the religious authorities presented his crime as a political one, charging that Jesus claimed to be king of the Jews. In continuity with a theme of Mark’s Gospel, the messianic claim of Jesus is widely misunderstood.

In Mark’s Gospel, Jesus’ disciples are rarely models of faith and do little to invoke confidence in their capacity to continue his ministry after his death. They fare no better in Mark’s narrative of Jesus’ passion and death. At the Last Supper, the disciples insisted that none among them would betray Jesus. When Jesus predicted that their faith would be shaken in the events ahead, Peter and the other disciples protested vehemently. Yet in the garden of Gethsemane, Jesus returned three times to find them sleeping. Jesus prayed in agony over his impending fate while his disciples slumbered through the night. Just as Jesus predicted, Peter denied Jesus, and the disciples were absent during Jesus’ passion and death. Only the women who had been followers of Jesus in Galilee are said to have been present at the Crucifixion, but they remained at a distance.

Throughout this Gospel, Mark challenges the reader to consider the claim with which the Gospel begins: Jesus is the Son of God. When we read Mark’s account of the passion, we begin to comprehend the deeper theological statement being made about Jesus’ death. In Mark’s telling of the passion narrative, Jesus understood his death to have been preordained, and he accepted this death in obedience to God’s will. Jewish Scripture is quoted only once, but there are several references to the fulfillment of the Scriptures. Jesus understood his anointing in Bethany as an anticipation of his burial, and he announced that this story would be told together with the Gospel throughout the world. Jesus predicted his betrayal by Judas as well as Peter’s denial. At his arrest, Jesus acknowledged that the preordained time had arrived. Jesus was both confident and silent before his accusers. After he was sentenced to death, Jesus did not speak again until his final cry from the cross. The bystanders misunderstood and believed that he was calling for Elijah. The Roman centurion, however, affirmed what Mark has presented throughout this Gospel: Jesus is the Son of God. Nowhere was this revealed more fully than in his death on the cross.

During Holy Week, we prayerfully remember the events of Jesus’ passion and death. As we meditate on the cross, we ask again and anew what it means to make the statement of faith that Jesus, in his obedient suffering and dying, revealed himself to us as God’s Son. 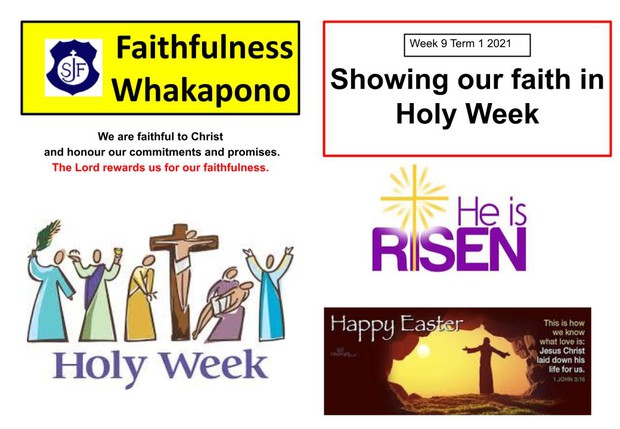 Our Holy Week Liturgy starts at 1.40pm tomorrow in the church. Each syndicate has a part to play and a song to sing - all welcome!

Please remember that Tuesday is a school holiday, so see you back at school on Wednesday 7 April.

Reporting to Parents for 2021

We report using the HERO platform, so it is important that all parents log in to the system. Each term information is given about different aspects of the curriculum in the form of ‘posts’ which are published throughout the term. At mid and end of year, progress and achievement information is provided for Reading, Writing and Maths. Here is the schedule for Reporting to Parents for 2021 so that you know what to expect each term:

Reporting to Parents Overview 2021 - if you have any questions about your child’s progress, please contact the classroom teacher.

This year the School will cater for Netball and Hockey, other major codes like rugby and soccer will be run through the clubs.

For more information about Netball, please use the link below:

For more information about Hockey, please use the link below:

Just a reminder to our Year 7/8 Students that 'Expression of Interest' forms are due back tomorrow - Thursday April 1. No late expressions of interest will be considered.

For the past 5 years we have had Saints United Hoodies available for purchase. We get them from Kukri and they are very good quality and the children love them. Below is a photo of the design for you all to have a look at.

It is not compulsory to buy and please do not feel obliged to get one. It is just available if you would like one. So far we have sold over 150 hoodies, so you will see a few children wearing them this winter season.

Size chart is attached to work out your sizes. (If you are not certain about a size...please order a bigger size! We cannot exchange or return any and NO refunds!)

Once an order is placed they take 8 weeks to arrive (hopefully not any longer) .

I would like to get an order placed at the end of this term please so please get in quick if you would like one. The hoodies must also be paid for before me placing the order.

All orders must be placed with me before Wednesday 14th April. 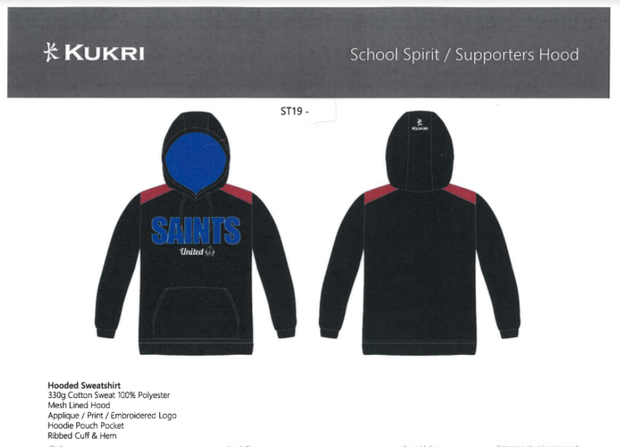 Thanks to our parents who attended our Annual General Meeting last week. The parents who were re-elected to run our PTFA for the next financial year were: Kirsty Parker (chair), Debbie Breen (treasurer) and Monica Holt (secretary). The PTFA meets once a month on a Tuesday night and all are welcome to attend.

Once again, we were blown away by the support for this annual fundraiser and are delighted to report the raffle made $7,260. The prizes will be drawn and announced this week. We will also be naming our top sellers (one family sold an amazing 40 sheets!); and awarding a large number of spot prizes at the Easter liturgy on Thursday. Grateful thanks for all of the families who donated chocolate eggs, vouchers and other treats for the hampers; and also for these businesses who donated items and vouchers: New World Te Rapa, Chartwell Shopping Centre, Hamilton Zoo, Barkers of Geraldine. Thanks also to Sweet Pea Parties for again sponsoring our top seller and spot prizes.

Grab some winter uniform items at the second hand uniform sale next Friday, 9th April, at 2.30pm, outside the staffroom. Mr Lake is having a clear out of some of the storage sheds, and there will be other items available for purchase – furniture including desks, and softball and cricket gear, which is surplus to requirements. We don’t sell items on behalf, but funds raised go towards the PTFA and to help pay for things to benefit our children. So we will gratefully accept items to sell, including soccer and rugby boots. Payment will be possible by cash and through Kindo. 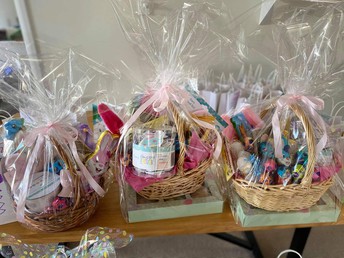 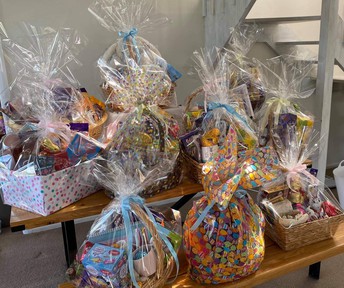 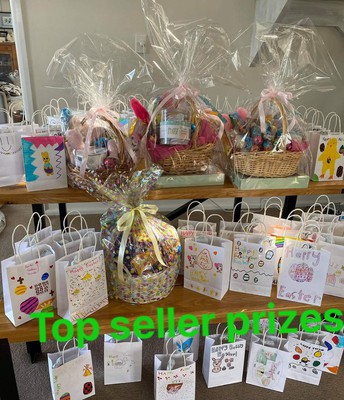 Thanks to these companies for their donations to our Easter Raffle... 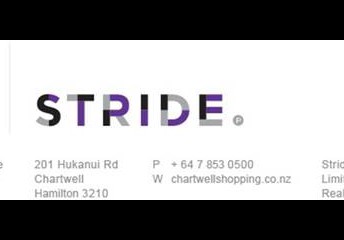 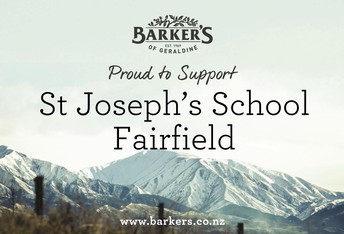 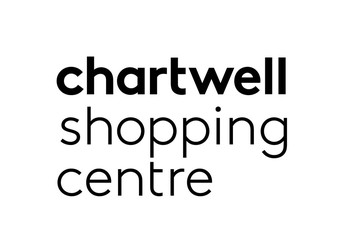 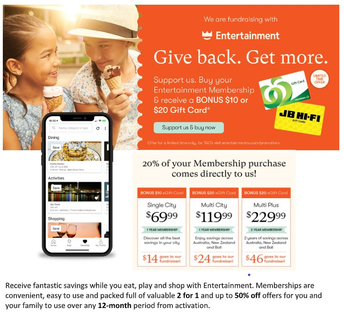 Please remember to support our school when buying your next Entertainment Book. Proceeds go to the PTFA. 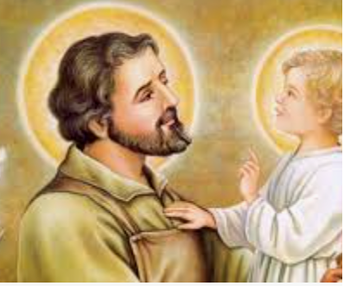 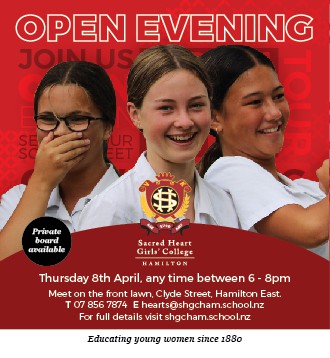 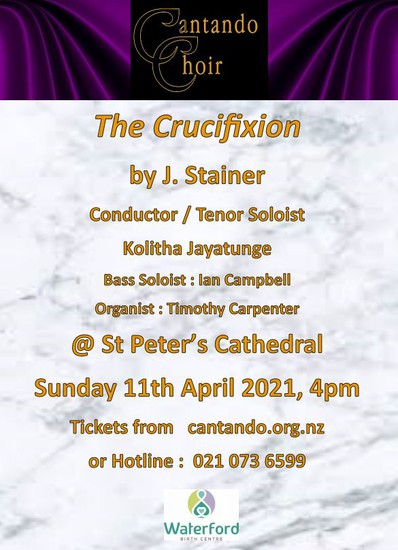 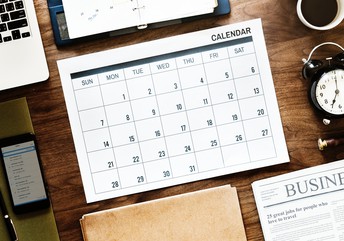 The Teacher Only Days are: 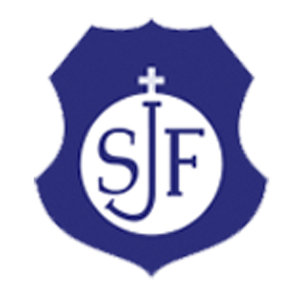