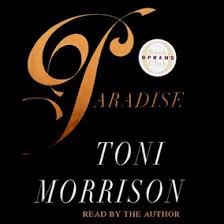 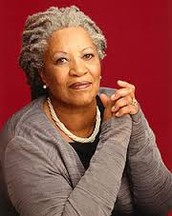 Please join us for this African-American Read In event, part of the Black History Month Celebration!

Each year, the National Council of Teachers of English encourages schools and community groups to gather and read African American authors together. This year's historical theme is "A Century of Black History, Life, and Culture." Paradise by Toni Morrison will bring that theme alive. The book is available at most libraries, books stores, and e-book sellers.

A summary from Amazon.com:

"'They shoot the white girl first. With the rest they can take their time.' So begins Toni Morrison’s Paradise, which opens with a horrifying scene of mass violence and chronicles its genesis in an all-black small town in rural Oklahoma. Founded by the descendants of freed slaves and survivors in exodus from a hostile world, the patriarchal community of Ruby is built on righteousness, rigidly enforced moral law, and fear. But seventeen miles away, another group of exiles has gathered in a promised land of their own. And it is upon these women in flight from death and despair that nine male citizens of Ruby will lay their pain, their terror, and their murderous rage. In prose that soars with the rhythms, grandeur, and tragic arc of an epic poem, Toni Morrison challenges our most fiercely held beliefs as she weaves folklore and history, memory and myth into an unforgettable meditation on race, religion, gender, and a far-off past that is ever present."

In an effort to read more and appreciate history and literature, we decided to read something together for the month of February. Because books spark ideas and emotions, we thought this would be an enjoyable way to connect with our colleagues in C&I in a different setting. We hope you can join us! If you have questions, please contact one of us via Outlook or Firstclass.
Paste in your blog/website to embed.
Powered by Smore
Powered by Smore